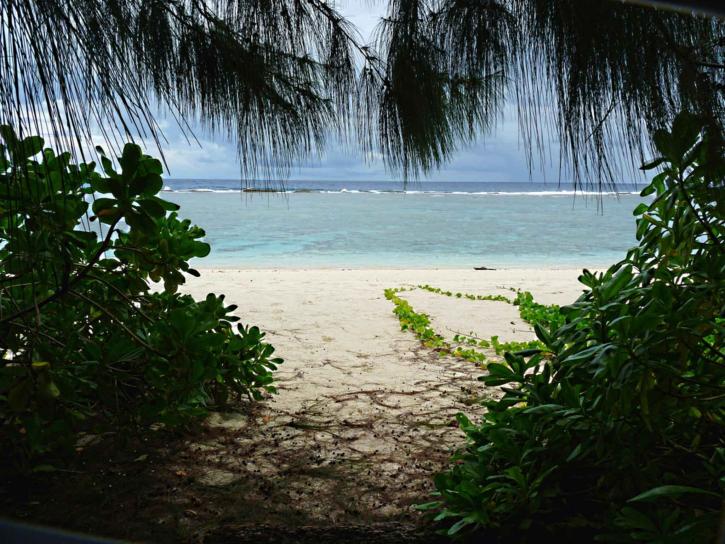 Steven and Katie Applegate never saw remote island living as part of their post-military life, but when the former EOD Sergeant turned unexploded ordnance (UXO) contractor saw a minefield of opportunity on Guam, he took it.

The south pacific island of Guam is a United States territory with a military history dating back to 1898. Home to Naval Base Guam and Andersen Air Force Base, the 212 square miles of shoreline have seen their fair share of military operations, leaving an estimated 10,000 plus undetonated ordnance in need of care under the exact expertise Steven Applegate possesses.

After retiring from a military career cut short by Guillain-Barré syndrome, Applegate made medical strides and returned to college, eventually taking a management position with Amazon near Ft. Knox, Kentucky. It was there he realized just how different the civilian workplace was, a culture that quickly proved draining and dull.

Katie Applegate, who shared she had never traveled farther west than Kansas, didn’t immediately pack her bags when her husband took off for his first short-term contract position. “He left in early 2020. The plan was for him to scope out the job and island with trips back and forth.”

As most 2020 stories go, COVID changed their plans, but not all impacts were negative. “We realized the school year was going to be really different, and travel not so likely, so when his contract got extended it was easier to just say yes,” she shared. “The island is now home to our five-year plan.”

Fresh out of a resort-oriented quarantine, Katie Applegate’s first impressions were a bit mixed. Even with a large American population and influence, Guam has its unique quirks. “The roads can be unpredictable, and the grocery shelves are weirdly overstocked with all one item or completely lacking what you’re looking for. So, between the two base commissaries, I’ve learned the art of food shopping,” she explains.

See why food on Guam is both funky and awesome.

As a veteran couple, coming to Guam outside of military orders meant figuring it out without a sponsor. Luckily for the Applegates, the military community in Guam is still rallying around its own.

“Maybe it’s the small island bringing us all together, but I definitely still feel accepted by military spouses here,” she explained. “A lot of us (military) are here on contracts, as airline pilot families, active duty or permanent residents so there’s no reason for barriers.”

Steven Applegate explained the drastic difference in workplace satisfaction he’s experiencing here, “At work people get me, we speak the same language. It makes being direct that much easier.”

Contracting after service for organizations like the Department of Defense, often provides veterans with an atmosphere, team and skillset similar to what they did in the military. The Applegates feel fortunate his position on Guam does not come with the typical 3-1 rotation seen in other contacts.

“If you’re willing to travel, and in some cases relocate your family after retirement, this is really a good path,” he explains.