'Ten Weeks' Episode 5: Make it or break it - We Are The Mighty

‘Ten Weeks’ Episode 5: Make it or break it 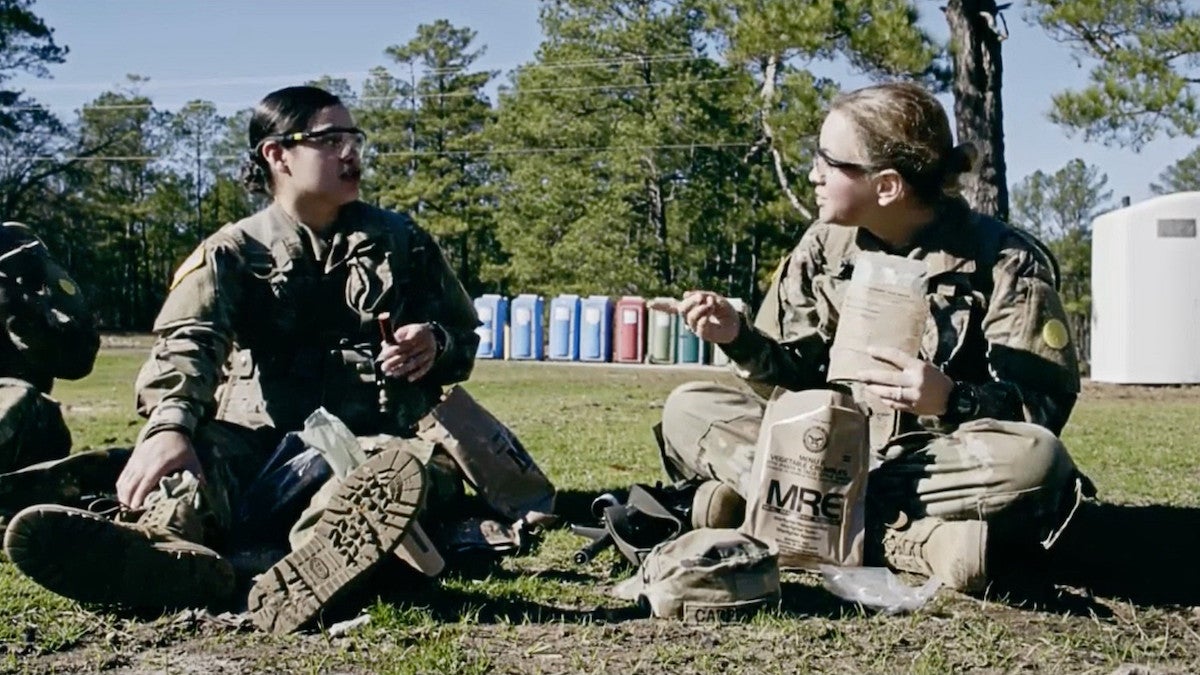 “In Iran they dropped about fifteen damn missiles on U.S. bases, you understand? If you’re training, you better do it hard because out there, someone is trying to kill you,” shouted a drill sergeant.

Welcome back from Christmas break, recruits. Party time is over.

The recruits get back in the groove over a shared meal of MREs (Meals Ready to Eat). One recruit shared that she got married over the break; her husband is already active duty so they hope to be stationed near each other when she graduates.

During week five, recruits feel the weight of what their service might mean: deploying in a combat zone, killing people, taking fire. It’s beginning to feel more real as they count down the days to graduation.

Meanwhile, it’s time for Oller to qualify on his weapon. He must hit 23/40 targets — and at a fast pace — or he will risk being recycled. If he was smart, he would have practiced during Christmas break. We’ll find out on the range.

During his first round, he hit only 4 targets. During his retest, he lost some focus and pointed his weapon up range. He finally hit his 23 targets but his previous failures had him on thin ice. Tomorrow he has to qualify with his scope.