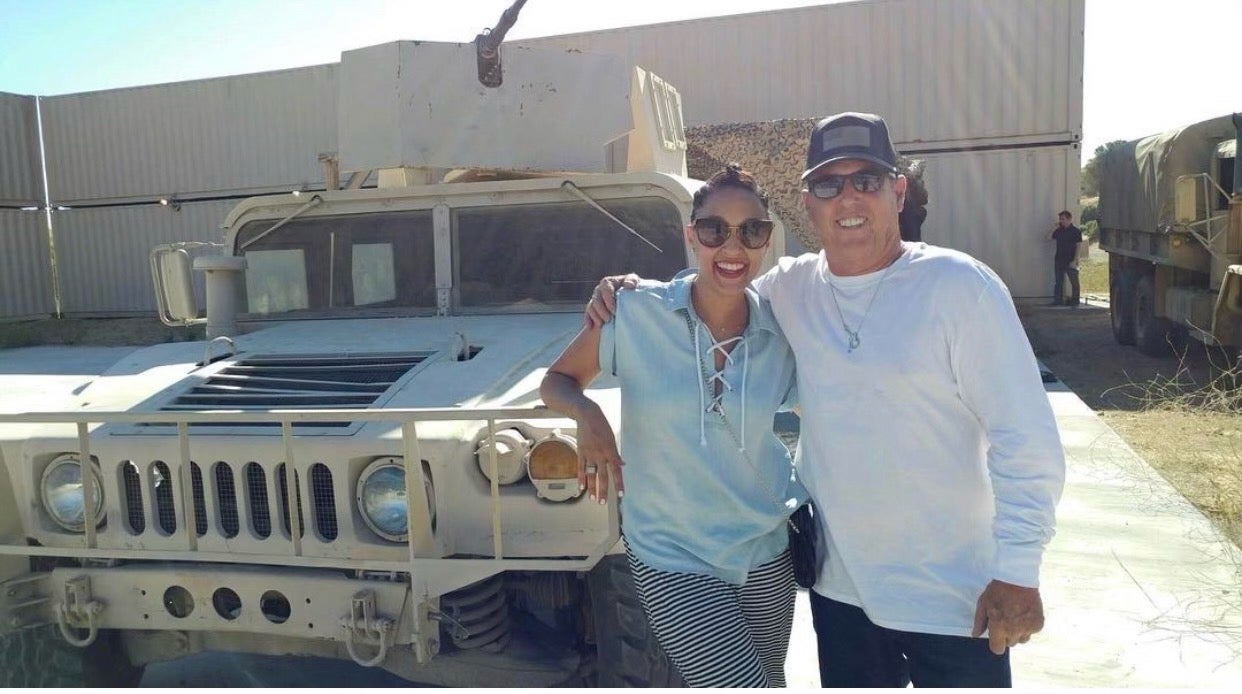 From cult-classic 90’s show Sister Sister or starring roles in critically acclaimed feature films, Tia Mowry’s face is a familiar one. And it’s her title of military brat which she credits for it all.

Her parents were just 18 years old when they married and enlisted in the Army together in 1975. Both Mowry and her identical twin sister were born on an Army base in Gelnhausen, Germany. With both parents being soldiers, they were also stationed in places like Hawaii and Fort Hood, Texas before her mother left the service. She relocated them to California so Mowry and her sister could pursue acting.

After 20 years of service, her father retired from the Army as a Sergeant.

“I believe they had deep values instilled with them while serving and that is basically a part of my genetic makeup today,” Mowry explained. “Having character, integrity and just my work ethic. I work really hard.”

She still remembers witnessing both parents getting up before dawn to shine their boots and iron their uniforms. Mowry also laughingly credited them for her bed-making skills. “It’s a part of who I am today. Moving around also really helped me become a social butterfly,” she added. “It’s really helped me with my career and who I am as a person.”

The struggle of always being the new kid in the middle of the school year wasn’t easy, but for Mowry, it was an opportunity to grow. And, she blossomed. Long before hit television shows or movies, she and her sister got their start performing on military bases.

In 2018, Mowry had the opportunity to co-star in her first military film, Indivisible, based on the true story of Army Chaplain Darren Turner and his wife, Heather. The movie brings viewers through not only the couple’s experience through a tough deployment to war-torn Iraq but the families around them, too.

Playing Army spouse Tonya Lewis was an experience she’ll never forget, Mowry said. “It was so great to be able to work with the cast and crew that were so respectful of the community and I felt privileged to shine a light on post-traumatic stress,” she shared.

Mowry holds her military roots close and is also a proud member of USAA. She said she’s always looking for ways to support the military community and when USAA came out with its safe driving campaign, she was all in.

In a public Instagram post, Mowry shared two big reasons for getting behind the campaign: her children. “It is a narrative that is extremely important to me,” she said. “I love that they [USAA] celebrate safe driving styles like me being a straight to voicemailer.”

When Mowry gets into the car, her smartphone automatically recognizes it and switches to “do not disturb” mode. Anyone who texts her gets a notification of it and all calls are forwarded to voicemail. “Now more than ever it’s really important that we encourage people to focus on the road,” she added.

In 2019 USAA shared numbers which revealed 3,142 people were killed and 28,000 injured due to driving distractions. As the country opens up thanks to COVID-19 travel restrictions easing, roads will be busy and it’s a timely campaign to remind drivers to be safe.

As a family member of a veteran, Mowry said she’s grateful to be able to be a part of USAA. “My dad is a member and has been a member for years. He trusts them and whatever my dad trusts I trust. But personally what I really love is that they respect and understand people serving their country,” she explained.

Though Mowry may be known for her Hollywood career, the reiminents of a military upbringing are front and center. So, what would readers be surprised to learn about Mowry and the military kid-isms she carried with her?

“For my dad it was really important that I knew how to salute properly,” she said with a laugh.

And she can definitely shine boots and make a bed while “yes sir’ing” and “ma’am’ing” with the best of them. More than that, Mowry is proud of what being a “military brat” brought to her life and how those lessons can now carry through for her own children.

“My mother and father always taught me it’s the little things that count,” Mowry said. “It’s all about respecting yourself and others so when it’s time to approach the bigger things or scenarios, you are prepared.”

For her, it started with shining shoes, sharp creases and respect. The rest, as they say, is history.

To learn more about USAA and the organization’s commitment to encouraging safe driving, click here.