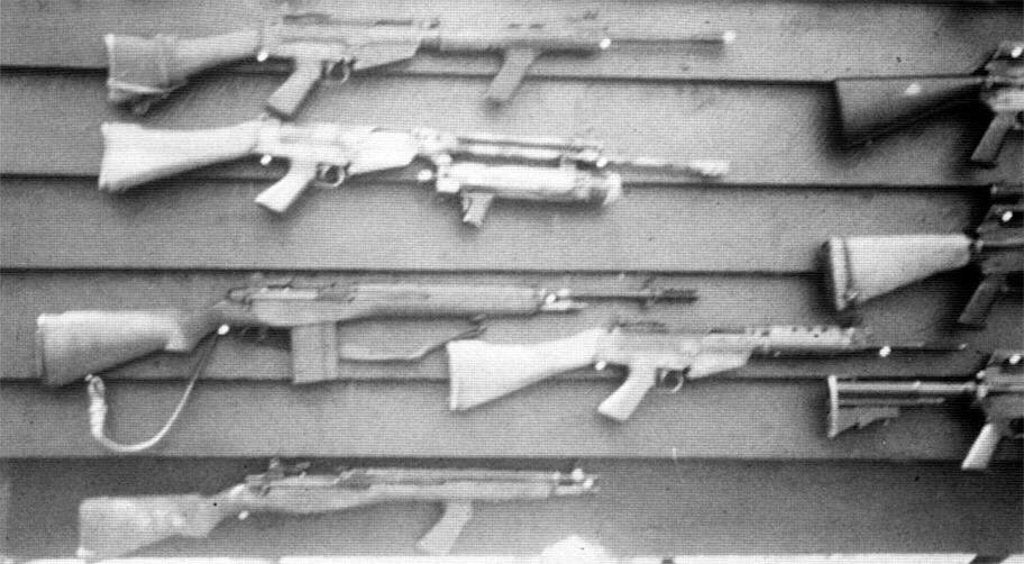 Your average armchair historian may not be aware that it wasn’t just the United States fighting in Vietnam for South Vietnamese independence. A host of other countries joined in the war effort against the spread of Communism there too. These countries included South Korea, New Zealand and Australia were among the countries who tried to bolster Southeast Asian freedom.

The Australians who deployed to Vietnam were a unique bunch with a set of personal preferences that rivaled anything the Americans could create. Among those unique creations was an infantry weapon known as “The Bitch.”

Australia sent some 60,000 ground forces to South Vietnam over the course of the war. By 1972, when the last Australian left the theater, it had become Australia’s longest-ever war, only surpassed by its commitment to the War in Afghanistan 30 years later.

Like the United States, Australia responded to the conflict in Vietnam with concerns about the global spread of Communism. As early as 1965, Australian advisors were on the ground, along with Aussie naval forces at sea and later, air power and ground combat forces. Among those forces was the Australian Special Air Service, a special operations group responsible for irregular warfare against the Communist north’s irregular forces.

Those special operators carried the first few iterations of the new M16 rifle into combat, but soon found they needed a weapon with a little more stopping power and a little more razzle dazzle than the M16 could provide in an ambush. Their answer was “the Bitch,” a frankensteined combination of different gun parts.

“The Bitch” was an amalgamation of different issued rifles that added up to more than the sum of its parts. They wanted an easy-to-use weapon like the M16 with the stopping power of a 7.62 round. It was an L2A1 Self-Loading Rifle with the bipod removed and the barrel sawed off at the front sight post. They then added a specially-crafted cone-shaped flash hider to the end of the new barrel and a pistol grip for more control. The result was a louder, more flashy version of the SLR and could be done by the unit armorer.

During ambushes and firefights against a larger force, “The Bitch” made a bang of a first impression, often forcing enemy Viet Cong or North Vietnamese regulars to break contact and retreat, unsure of what kind of force they were up against, or what kind of weaponry their enemy was packing. “The Bitch” was even capable of attaching an XM148 grenade launcher.

The L2A1 also carried a unique 30-round magazine and was capable of fully-automatic fire with a slight alteration to the weapon’s sear. It was a fully-automatic fireball shooter when expending an entire magazine, enough to make any enemy think twice about finishing an engagement.

The Australian SAS called the new weapon “The Bitch” because its bolt moved in a twisting motion and the weapon’s light weight made it virtually impossible to hold the weapon on a target. Eventually, the Aussies could stop jerry-rigging weapons because the Australian military developed a shorter-stock weapon with a short flash suppressor that was easier to hold on a target, the L1A1-F1.

Australian forces would stay in Vietnam for almost the entire duration of U.S. involvement in South Vietnam. By 1972, all Aussies in the country would be gone, and by 1973, a peace treaty ended western involvement entirely.