How the Vietnam War changed the Navy SEALs forever 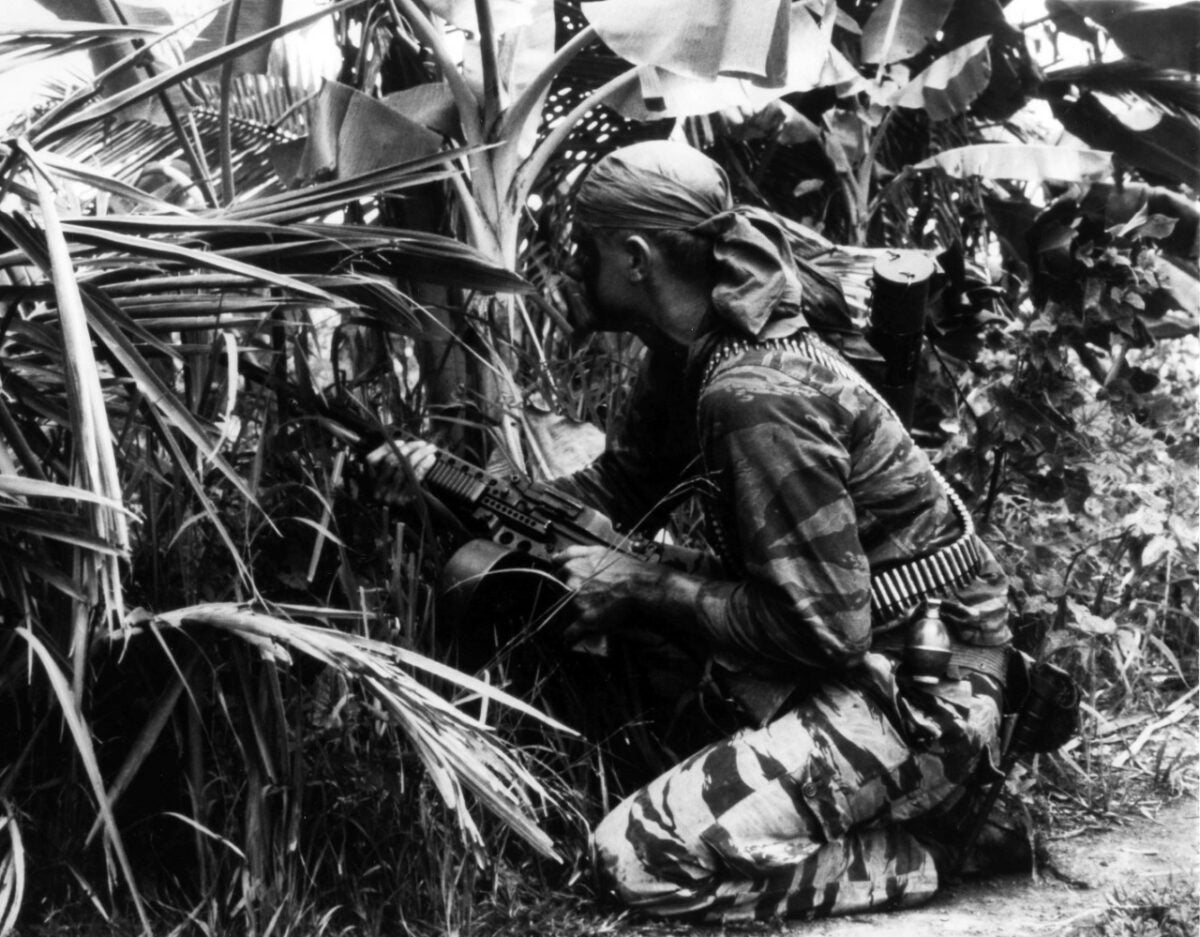 When the war in Vietnam kicked off, the Navy’s special warfare operations weren’t exactly the same as we know them today. During World War II and the Korean War, the Navy’s special operators were mostly “Frogmen,” members of the Underwater Demolition Teams (UDT).

Within months of the start of the Vietnam War, the Frogmen were carrying rifles and became experts in special operations tactics. The Navy SEALs were about to be reborn and tested in the jungles of Vietnam.

The Navy SEALs, as we know them today, were established in 1962 in a commitment from the Kennedy White House to develop America’s unconventional warfare capabilities. The SEALs were descended from the World War II-era joint “Scouts and Raiders” and the Navy’s UDTs used extensively throughout that war.

Although they kept a low profile throughout the Korean War, the UDTs’ Frogmen perfected many of their operations along the North Korean coastline (even moving inland in many cases) and honed their commando abilities against a real-world enemy.

But Vietnam was the first war in which the Navy SEALs were fully funded and fully developed, graduating three classes of SEALs from the Basic Underwater Demolition/SEAL Course (BUD/S) every year.

By 1967, the number of BUD/S classes increased to five per year. Before the mid-1960s, SEALs in Vietnam were being used to reconnoiter beaches and landing sites, survey waterways and train South Vietnamese commandos. The CIA began to use SEALs in its Phoenix Program, an effort to undermine the Viet Cong in South Vietnam through counterterrorism and counterintelligence operations.

In the late 1960s, the Viet Cong, the guerrilla forces of the North Vietnamese communist government, had created an entire shadow government of its own in North Vietnam. The bread and butter mission of the U.S. Navy SEALs was to deploy into the jungle and take down VC leaders.

Most of these leaders were mid-level, and the SEALs would deploy in nine-man  teams, with two of those being South Vietnamese commandos and one being a Navy SEAL officer. The team would head out into the jungle for a couple of days, complete the destruction of a VC official, and then head back to base.

These direct action, search-and-destroy missions were a far cry from the SEALs earliest days of carrying demolition explosives to a specific structure and destroying it before leaving the area. On top of killing the enemy, SEALs also had to gather intelligence in Vietnam. This meant they had to actually capture enemy troops and interrogate them.

Sometimes, this meant learning to speak Vietnamese. The SEALs had truly come into their own as a complete, well-rounded special operations force. For the duration of the war in Vietnam, there were at least eight full platoons of Navy SEALs in the country.

The elite status of the special operators also included the look they’re still known for to this day: relaxed uniform and grooming standards. One of the favorite items among Vietnam-era Navy SEALs, were Levi’s blue jeans – because the government-issued camouflage just didn’t hold up against the dense jungle foliage.

For all the trouble SEALs had at the start of the war, including high casualty rates, public anger over the Phoenix Program, and internal Navy division over the relaxed grooming and uniform standards, the SEALs proved they were worth the trouble. They were willing to do what other units weren’t willing to do, in the face of overwhelming odds.

And the Navy SEALs still do it, almost 60 years later.