India bought over 140,000 infantry rifles from Sig Sauer - We Are The Mighty 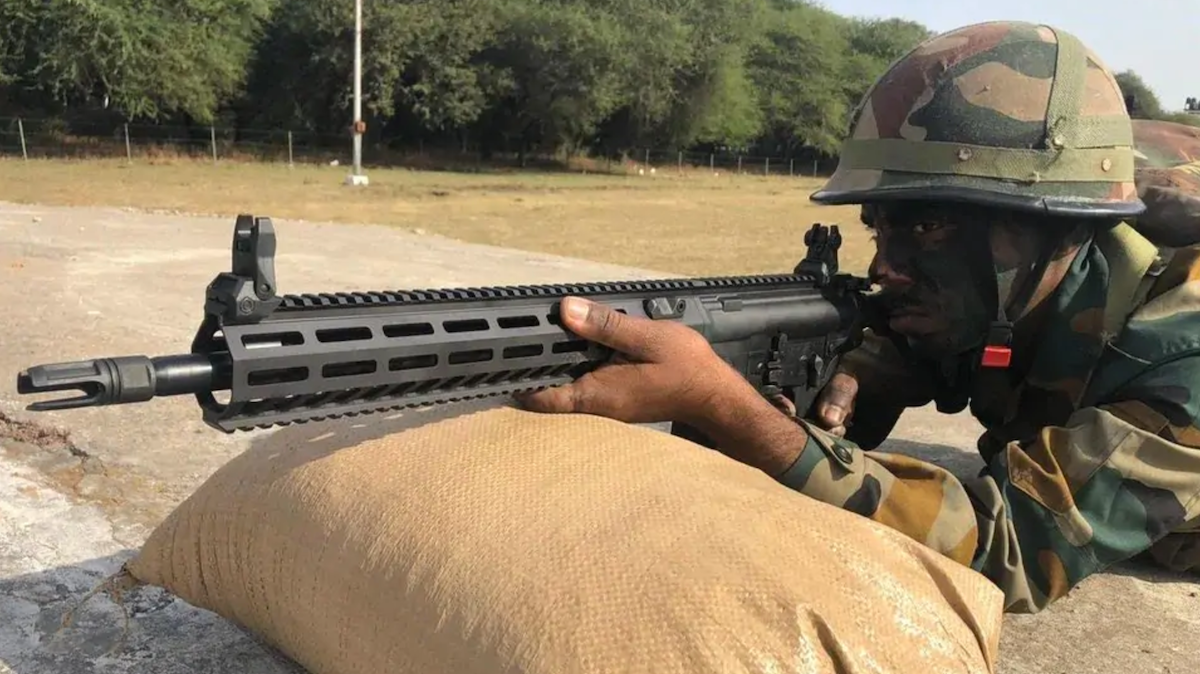 India has the second-largest military in the world with about 1,444,000 active personnel. By comparison, the United States is the third-largest with about 1,400,000. The nation with the largest military in the world, and a not-so-friendly neighbor to India, is China at 2,183,000. In recent years and months, skirmishes along the border with China have prompted modernization efforts throughout India’s military forces.

Since 1998, the standard-issue infantry rifle of the Indian Army has been the domestically produced Indian Small Arms System rifle. The INSAS is chambered in 5.56x45mm NATO like the M4/M16 family and includes carbine and light machine gun variants. However, the INSAS received poor reviews from Indian and Nepali soldiers. In battle, the weapon was prone to jams, the magazines were prone to cracking, and the 5.56x45mm NATO round lacked stopping power.

In March 2019, the Indian military announced that the INSAS family would be retired. The light machine gun variants were replaced by the Negev Ng7 produced by Israel Weapon Industries. Conversely, the rifles would be replaced by the domestically-manufactured AK-203. Chambered in the venerable 7.62x39mm and based on the AK-74M, the AK-203 was designed in Russia and produced at the Amethi ordnance factory in India under license.

The same year, India announced a deal with Sig Sauer to purchase 72,400 rifles chambered in 7.62x51mm NATO. “We are very proud, and honored that the SIG716 was chosen for use by the fighting forces of the Indian Army, and we are looking forward to developing a strong partnership with India’s Ministry of Defence,” said Ron Cohen, President and CEO of Sig Sauer. The New Hampshire-based company is hot on government contracts as it continues to supply the U.S. military with its new sidearm, the M17/M18 pistol. Sig Sauer also recently won a contract to provide the U.S. Army with a new combat rifle optic.

Although, the exact specifications of the Indian SIG716 rifles was not released, the weapon does appear to differ slightly from the off-the-shelf variant. Though the rifle is offered in direct-impingement and short-stroke piston gas systems, the Indian model appears to use the former. Additionally, the Indian model features 1913 rails on the 12 and 6 o’clock of the handguard, a feature not found on commercial variants of the SIG716. The rifle uses standard AR-15 controls like the charging handle, bolt catch/release, and magazine release. It features an ambidextrous selector switch and accepts AR10/SR25-style magazines. The rifles purchased by India also include a full-auto fire mode, although the practicality of an automatic infantry rifle chambered in 7.62x51mm NATO is up for debate.

The first shipments of the SIG716 have already been issued to the troops of the Indian Army’s Northern Command. Moreover, in July 2020, India doubled down on their purchase. “We are going to place an order for 72,000 more of these rifles under the financial powers granted to the armed forces,” Defence sources told Asian News International. The exact reason for the return purchase is unknown. However, slow production of the Russian-licensed AK-203s may be to blame. Whatever the reason, India has seen a need to equip more soldiers with better rifles, and fast.

During his trip to India in February 2020, President Trump addressed a crowd in Ahmedabad at the world’s largest cricket stadium on the economic partnership between India and the United States. “India is now a major market for American exports,” the President said, “and the United States is India’s largest export market.” With over 140,000 rifles on order to India and an indefinite quantity contract with the U.S. military for the M17/M18 pistol, the folks in Sig Sauer’s defense contracting department are surely due for a hefty Christmas bonus this year.