The Army is upgrading to a new rifle optic 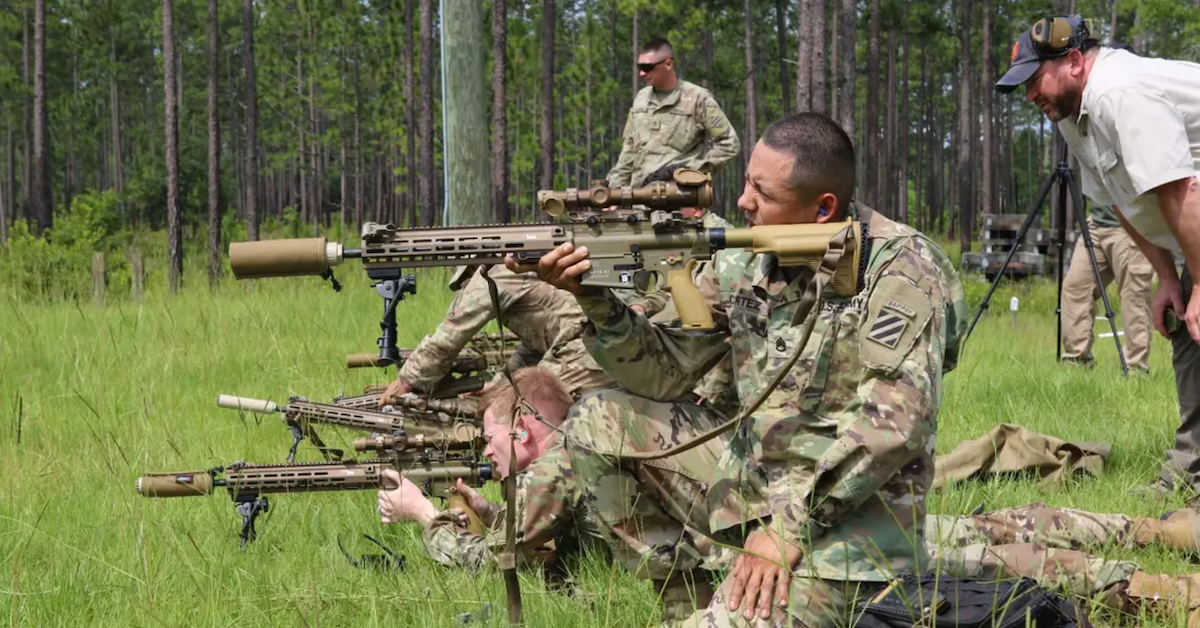 On September 30, 2020, U.S. Army Contract Command awarded a $77,168,400 contract to SIG Sauer to equip soldiers with the Direct View Optic for use on the M4A1 carbine. The outgoing M150 Rifle Combat Optic, manufactured by Trijicon as the TA31RCO, provides soldiers with a fixed 4x magnification and is effective out to 500 meters. The new DVO allows the end-user to quickly switch between 1x and 6x magnification and boasts an increased effective range of 600 meters.

Introduced by the Army in 2007, the RCO makes up a relatively small portion of the service’s M4 carbine optics. Though equipment varies by unit, the majority of soldiers are issued rifles equipped with the M68 Close Combat Optic. Manufactured by Aimpoint as the CompM2, the CCO was accepted by the Army in 2000 and is a non-magnified red dot reflex sight designed for use with the M4 out to an effective range of 300 meters.

The Army has not said whether or not the DVO will eventually replace the CCO as well. While the CCO excels at close-quarters fighting thanks to its reflex reticle, the Army’s requirement for the DVO stated that, “The DVO will be capable of variable power magnification with minimum magnification of 1.0x with no rounding and maximum magnification greater than or equal to 6.0 power.” The “1.0x with no rounding” is important because it calls for the DVO to provide a true 1x magnification setting; many commercial Low Power Variable Optics provide close to, but not true, 1x magnification. This requirement is given reasoning in the Army’s notice. “Variable power magnification optics combine the capabilities of the non-magnified optic’s ability to engage close quarter targets with a fixed-magnification optic’s ability to detect, recognize, identify, and precisely engage targets at extended ranges,” the Army explained. “This allows the Soldier to have both critical capabilities without the limitations of either non magnified or fixed magnification optics.”

Given these requirements, it would not be unreasonable to think that the Army may try to distribute the DVO across entire infantry squads. After all, the Marine Corps has already done just that with its new Squad Common Optic. On February 23, 2020, the Marine Corps announced that it had awarded a $64,000,000 contract to Trijicon to supply its infantry with the Variable Combat Optical Gunsight 1-8×28 mm rifle scope for use on the M4 carbine and M27 Infantry Automatic Rifle weapon systems. The SCO is set to begin replacing the Corps’ RCO during the first quarter of fiscal year 2021.

While the exact model of SIG Sauer LPVO is unknown, there is speculation that the DVO may be the company’s Tango6T 1-6×24 mm SFP scope. The Tango6T has already been selected for use on the Army’s M110A1 Squad Designated Marksman Rifle, a derivative of the Heckler & Kock G28/HK417, and general use by Special Operations Forces.

The contract allows for delivery of the DVO over the next five years. However, it is unknown how many of the new optic the Army plans to acquire from SIG Sauer, further lending to the theory that the DVO may replace the CCO as well.