The best Army-Navy trash talk, in tweets - We Are The Mighty 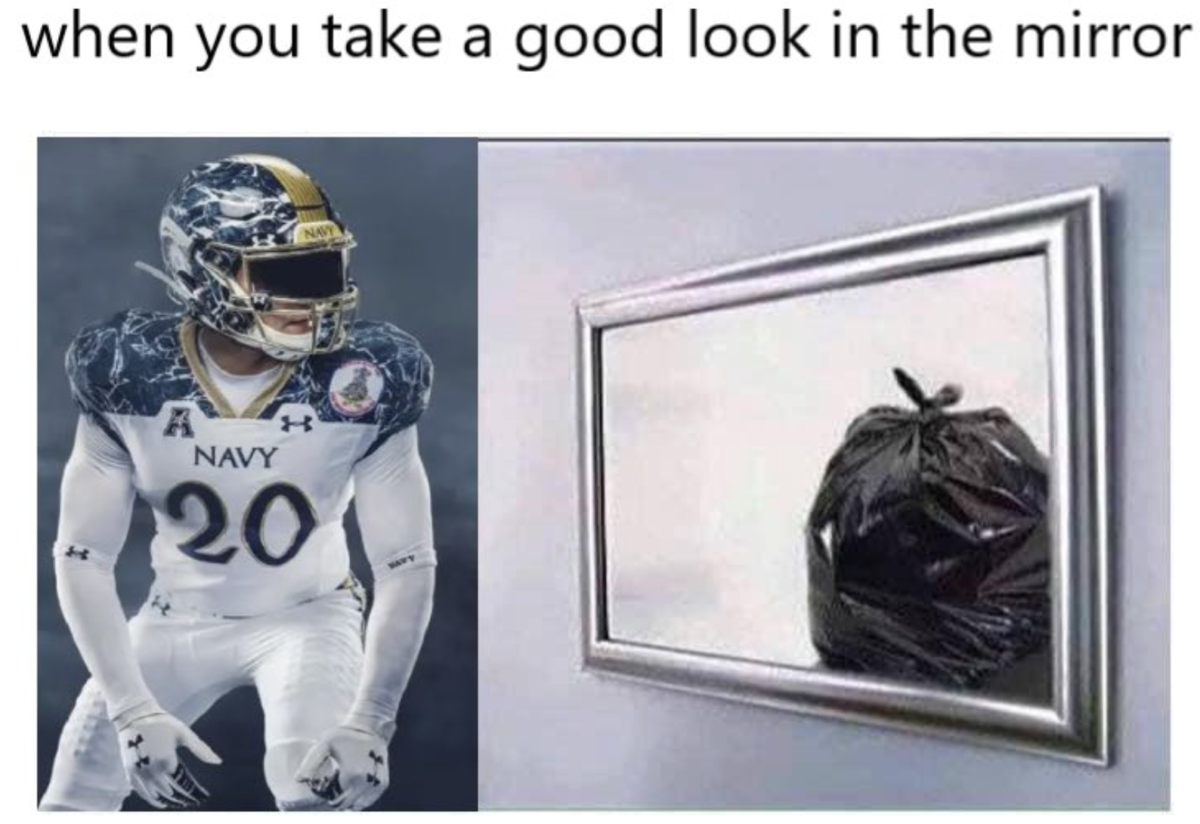 On Saturday, December 11, the 122nd Army-Navy football game presented by USAA will be played. While the football may not be the best, the trash talk around the game is always top-notch. Soldiers, sailors and Marines united for their country and divided for one football game. Check out these top Army-Navy game tweets from previous years:

Have to give it to Navy, the uniform is like a duffel bag with a number.

They could pass for either bathroom decor or counter tops.

I believe the Navy folks would say the same thing about Army.

An epic failure that will never be forgotten.

The long-term health effects are real.

I wonder if the church was on a Navy base.

That seems appropriate in 2020 with Navy’s losing record.

I see how it can get mixed up.

A big time play to get two carriers lined up for this photo.

This must pain them dearly.

At least baby elephants are cute.

Have to give a round of applause on getting to the Superintendent’s house.

I’m hopeful for a high scoring game with a lot of touchdowns.

It’s a taro leaf for the 25th Infantry Division in Hawaii.

I heard a rumor that Pete Mitchell will be promoted in the new Top Gun movie.

Something a lot of non-veterans don’t understand.

Whether you are diehard Go Navy, Beat Army or forever Go Army, Beat Navy, it’s going to be a great weekend.