‘Beat Army: A Viral Video’ is the perfect taunt for Saturday’s game - We Are The Mighty

‘Beat Army: A Viral Video’ is the perfect taunt for Saturday’s game 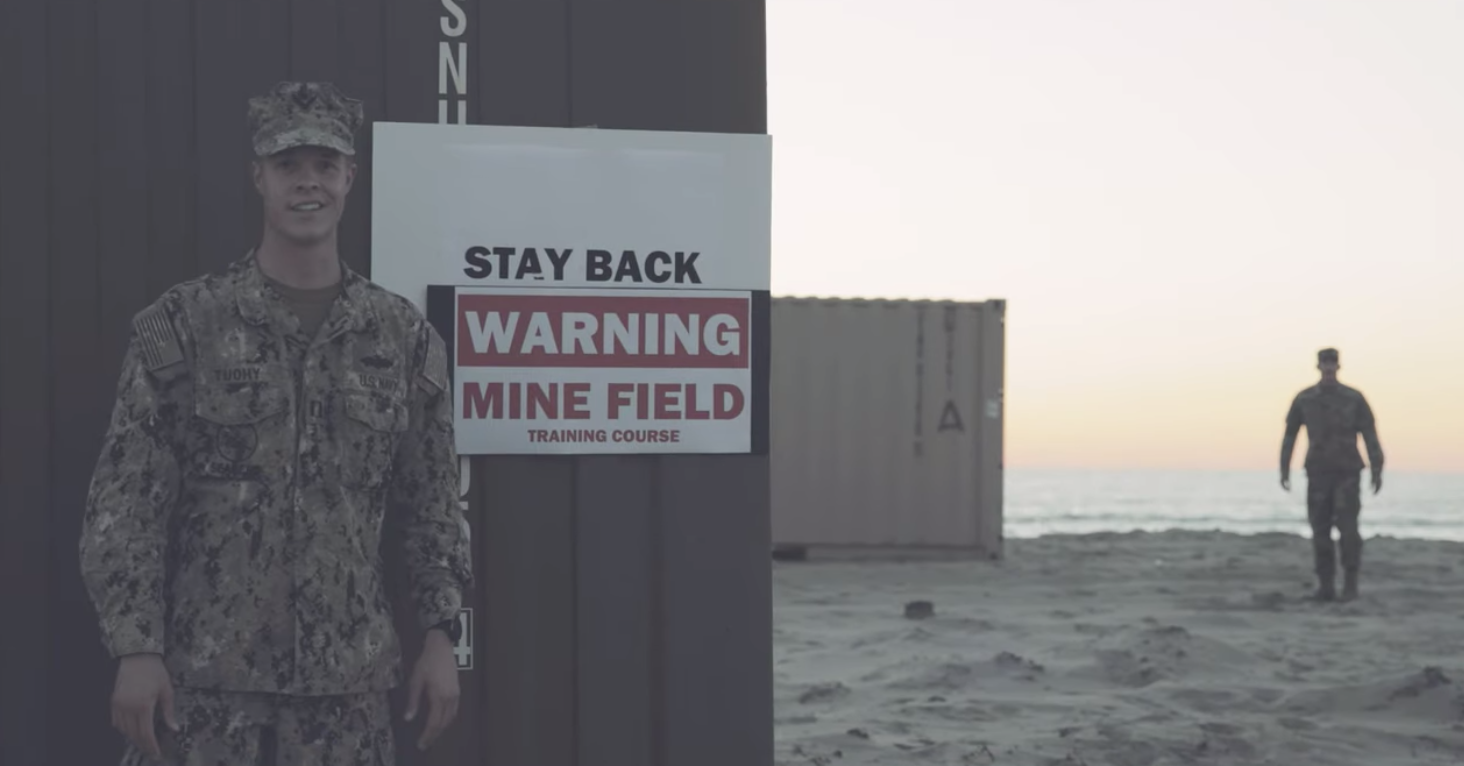 Captain Rylan Tuohy, Futures Operations, US Navy, wants to remind everyone that there’s a reason why the Navy’s leading the series scores with their longtime rival, the Army.

It all comes down to being able to follow directions. In his latest video, Capt. Tuohy highlights all the ways  it’s so easy to poke fun at the simpleton Army. Even though the Navy’s win is all but guaranteed on Saturday, Tuohy and his team remind us why the saying isn’t “Go Navy, Beat Army,” but the other way around.

Clearly, the Army can’t quite get it together to, well, do, anything. Take, for example, the captain who doesn’t realize he’s supposed to wear a mask over his mouth and instead wears it around his eyes. Maybe he thinks he’s going to a costume ball? Or perhaps he’s trying to hide the fact that he’s in the Army at all?

Tuohy points out that in today’s socially distanced world, the only way things get done is with video teleconferencing … but leave it up to the Army to mess that one up too – this time with a captain who isn’t wearing any pants.

Monitoring symptoms – especially temperature checks – is a critical component of stopping the spread of COVID. The Navy seems to be able to handle that something, but the Army just can’t get together, illustrated by a soldier who takes his mask off to show just how “hot” he really is.

The Army Black Knights of West Point are set to face off against the Naval Academy Midshipmen this Saturday at West Point, not that viewers need to learn anything about the military academy’s mission or goals. The sound person who’s holding the mic as Captain Ferguson (who seems to have forgotten to put his name tape on his uniform) begins to tell the story of West Point gets distracted by his phone, and we can’t quite make out what Capt. So-and-So is trying to say to us. No matter, though, since we all know it’s Go Navy, Beat Army – and not the other way around.

Capt. Ferguson reminds us that this time of year can be “cold, dark and grey,” which is precisely how Army fans are going to feel come Saturday’s game.

The Army-Navy game sponsored by USAA is one of the most celebrated events in college football and one of the longest-lasting rivalries. As of last year, the Navy leads the series 61-52-7, which isn’t much of a shocker. This year, the game will be streamed on CBS.