Team Rubicon CEO Jake Wood announces it's time to move on, with no regrets - We Are The Mighty 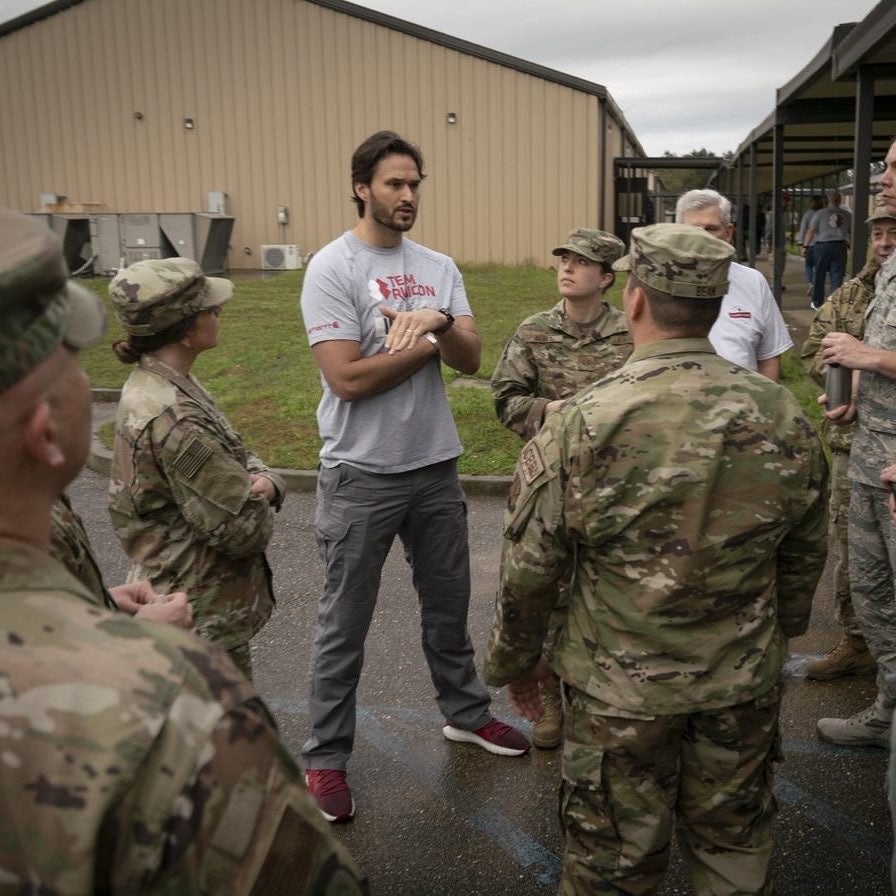 On April 7, 2021, Team Rubicon CEO and Marine Corps veteran Jake Wood announced his decision to hand over the reins of leadership to Team Rubicon’s Chief Operating Officer, Art delaCruz. Despite the palpable ripple of shock felt by those outside the organization, it was always the plan.

Wood was candid in sharing he’d been thinking about this transition for years. “It’s not because I don’t enjoy it anymore but it’s just an exhausting job. You are responding to catastrophes 365 days a year and it wears on you,” he explained.

Ten years ago Wood lost one of his closest friends and original Team Rubicon partners, Clay Hunt, to suicide. The loss pushed Wood to go “all in” on the organization. Wood said he finds it “almost poetic” that after a decade of leading, he announced his transition of leaving on the anniversary of Clay’s funeral. “It’s just a good time to do it. We’ve had a tremendous amount of success and I am really proud of what we’ve accomplished,” Wood said.

The rise of Team Rubicon and its disaster relief support has been extraordinary throughout the past decade. But it was the global pandemic which truly demonstrated the vital impact and importance of the organization to communities across the world. Their leadership role in the fight against COVID-19 changed the landscape of disaster response and despite having its most successful year yet, Wood is more than ready to hand it all over to delaCruz.

DelaCruz came onboard as the COO in 2016 and was instrumental in scaling the work Team Rubicon has been able to accomplish. A retired Navy veteran and former TOPGUN instructor, his experience and skill set on the executive team was transformative, Wood said. Wood is confident the organization will flourish under delaCruz’s leadership.

“I made the decision back in December to step down as CEO while I was on paternity leave…I spent a lot of time reflecting during those six weeks off,” Wood shared. His youngest daughter was born with a serious heart condition, creating immense worry for both parents. The time of reflection with his family solidified his decision to transition out, he said.

His family is excited for the new role and future ahead, now that they too have gotten over the initial shock, according to Wood. “Being a Team Rubicon spouse is a lot like being a military spouse, you’re signed up too, because the job comes home with you,” he explained. “She’s been an amazing partner for me along the journey. She’s supported me and stuck by me during hard times. I think she’s also ready for a change and we are both excited to plot what’s next.”

Although Wood has no concrete plans yet, he jokingly said he definitely wasn’t ready to write another book. Now on a corporate board and exploring options, he remains excited for the future, whatever it holds. “I think by the time the official transition happens in June I’ll have settled on what the next thing is,” he said. “I love being an entrepreneur — it’s awesome. Greatest challenge ever and definitely the hardest thing I’ve ever done.”

It isn’t completely goodbye, either. You’ll still find Wood working hard to ensure Team Rubicon continues to serve communities across the globe for centuries to come. This time as its Executive Chairman of the Board of Directors. “I’m excited to have a role that still has me meaningfully involved in the organization…I know how hard it is to be at the top and I hope to continue to support Art as he needs it and be a thought partner for him,” he explained.

With zero regrets, Wood said he’s confident that leadership will be in the best possible hands and he can’t wait to tackle his new adventures this summer. “The one thing I always told our staff is that I would not cling on to this job simply because I’m a founder,” he said with a laugh. “I always said that I would walk away when the time was right. The time is right.”