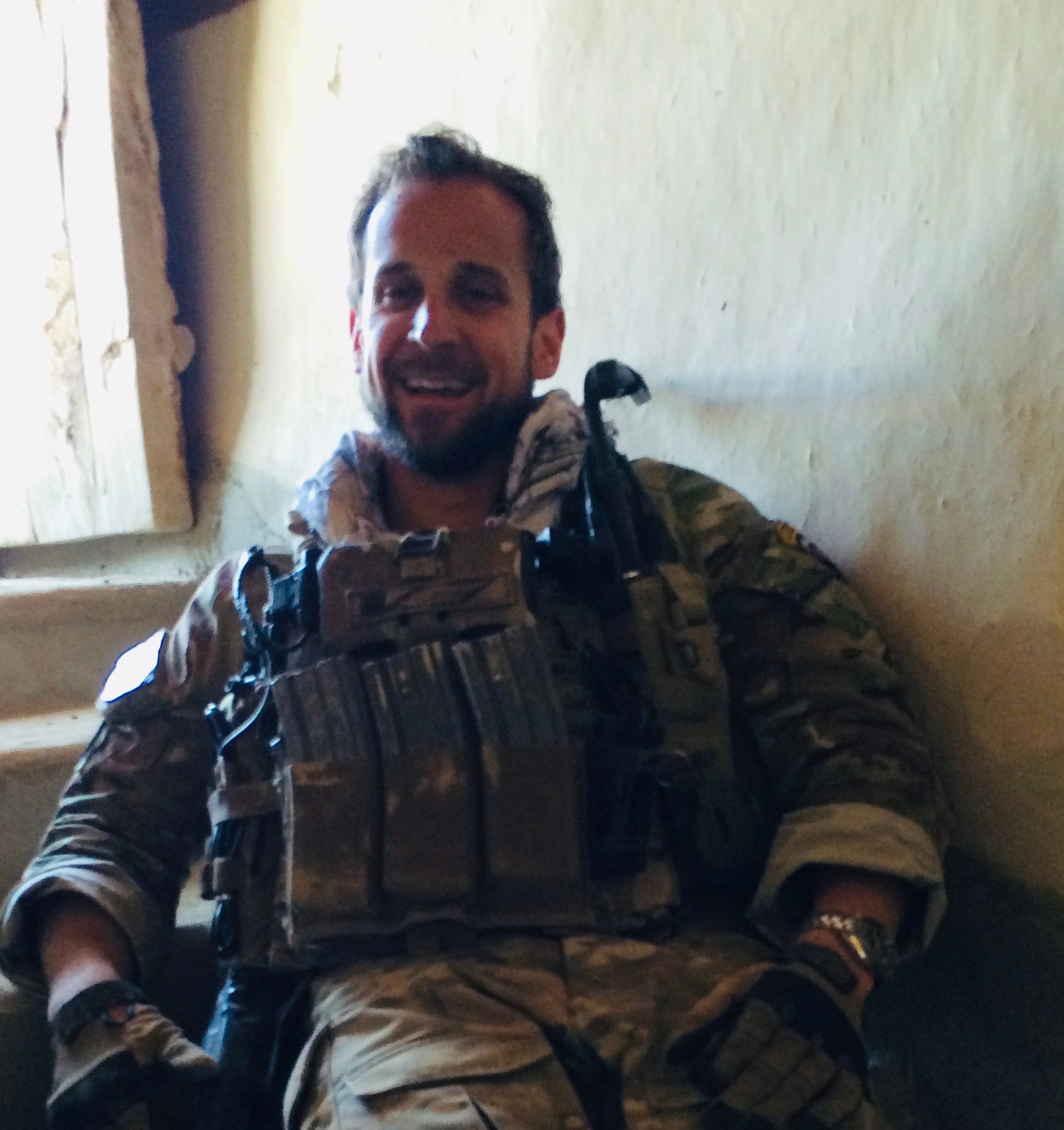 USA Best Selling Author Jason Kasper just released his newest book series, Shadow Strike. Enemies of My Country is his tenth book in four years since walking away from the Army to pursue writing.

In 2016 Kasper released his first book, Greatest Enemy. Despite his relative success since beginning a new journey and his quite obvious talent for story-telling – he didn’t set out to be an author. The military was always it for him. He was the young boy playing GI Joes and then a 17-year-old signing up for the Army before he’d even graduated high school.

“I enlisted in a ranger contract and went to basic and infantry training. It was towards the end of our infantry training for a job qualifier that 9/11 happened,” Kasper shared. He described a quiet and somber scene where recruits who’s families worked in the World Trade Center or lived in New York City were pulled out and then everyone else was told of the attack.

After those events, there was no slowing down. Kasper attended Airborne school and was picked up for the Ranger Regiment and assigned to 3rd Ranger Battalion. He’d deploy to Afghanistan in 2002 and took part in the invasion of Iraq in 2003. Then, he was picked up for West Point. It was a dream realized.

He completed his four years and became an Infantry Officer. He was assigned to the 82nd Airborne for three years and did another deployment to Afghanistan. Not long after that, he found himself in Special Forces Selection and eventually became a Green Beret, assigned to 3rd Special Forces Group at Fort Bragg. There were many deployments and he found himself leading a team.

“That was the high water mark of my career. I had the perfect storm of guys and missions, it couldn’t have gotten any better,” Kasper shared. Despite his happiness and success, he walked away from it all. “I got out and made the full-time transition to writing.”

Leaving after all of those years of active duty service was easier for him than you’d think, he said. But he didn’t always want to do it, it just happened. “I found it by accident at West Point where I sort of went into war withdrawal. I went from being a ranger to a rigid academic environment,” Kasper explained. To make up for what he was missing, he went all in on adrenaline sports. Skydiving and base jumping, which wasn’t legal. He started writing about his experiences.

“Those descriptions became longer and longer and I began to relieve those experiences of standing at the edge of a building and looking down. I was reliving the rush as I was writing. That’s where I kind of wanted more of that,” he said.

Jason Kasper developed a protagonist and wrote the first scene. “After that, I was completely jacked. Adrenaline was flowing and I was like ‘Man, I want more of this’. After that, I was a closet writer for about 10 years,” he said with a smile. He had one book ready to go when he began his terminal leave in November of 2016. “That day, I hit publish on Amazon.”

Despite how good it was, he was pretty terrified when it was go-time. “It was pretty daunting, I am not going to lie … I committed fully and there was no backing out,” Kasper said. “The only people who said I was crazy were people who’d never been in the military themselves… Everyone I went to war with and my command, they were and are incredibly supportive.”

The publishing house he writes for is a veteran-owned business, making the fit even smoother for Kasper. “The founder is an author and Navy veteran and he built the company from the ground up by hiring both veterans and military spouses as employees,” he explained. “Severn River Publishing has a great portfolio of mystery and thriller authors, many of which served in the armed forces or law enforcement prior to starting their writing careers.”

Four years in, he’s found his grove. His tenth book and new series starter, Enemies of My Country, is riveting, from start to finish. Kasper truly has a talent for weaving words that come alive off the page. Reviews for his new book are steller, one on his website saying “…this book slaps you with a weapon, helmet, and body armor, and screams ‘You’re coming with me!’ Buckle up and enjoy the ride.”

So, what’s it about? “David Rivers is an elite-level assassin. He’s an expert in the art of violence. Honing his skill first as a Ranger, then as a mercenary, and now as a CIA contractor conducting covert action around the world,” Kasper explained. “But in his secluded mountain home in Virginia, David Rivers lives a double life. There, Rivers is known as a caring husband to his new wife, and the doting father to his young daughter.”

It isn’t long before the character discovers a sinister plot, this time against his own country, hometown and his much-loved family. “The Enemies of My Country kicks off a ten-book series outline that will take David to the world’s most dangerous corners, as he uncovers a sinister conspiracy with global implications. The second book is in the works now, and will be released later this year,” Kasper said.

From the start of his writing and still today, Kasper gives a portion of all of his sales to the Special Operations Warrior Foundation. For the new series, he matched every dollar for preorders. “We ended up getting a little over $4,000 prior to the launch,” he shared.

Although there are still those who can’t believe this Green Beret walked away with only nine years left until full retirement benefits, he’s never looked back. “I am a pretty domesticated suburban dad right now,” Kasper said with a laugh. He shared his happiness at home with his wife, child, new baby coming and his two cats. “It’s about as manly as it gets. I kind of took a hard right from the military but it’s been great.”

Despite leaving the thrill and excitement of serving, Kasper has found his new purpose and that same rush he once craved. Writing one page at a time.

To learn more about Jason Kasper and his thrillers, click here.