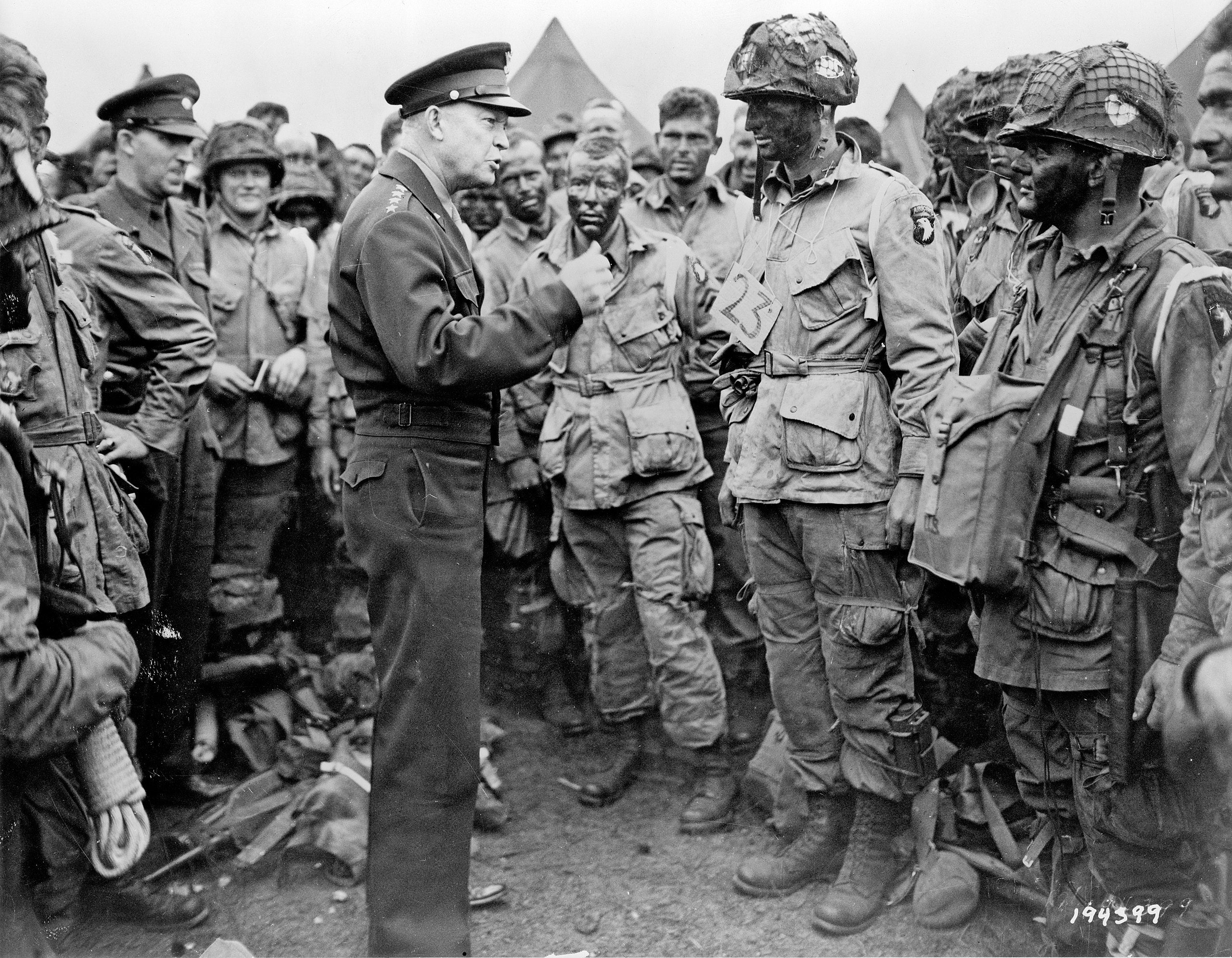 Dwight Eisenhower, West Point’s most famous alum, went through his own R-day in 1911. Even though the general and, later, president, will forever be associated with the Academy, a closer review of the history shows Eisenhower and West Point weren’t a perfect match. Here are five facts about Dwight Eisenhower’s time at West Point you might not know.

It’s true. The academy that features a statue of Eisenhower, a leadership development program named for him and a theatre named after him, wasn’t Eisenhower’s first choice. Eisenhower initially preferred the Naval Academy. That makes sense because when Eisenhower was evaluating schools in 1910-1911, the U.S. demonstrated its military power through the Navy. Alas, Eisenhower, 20 at the time of his application, was too old for the Naval Academy, so he gave West Point a try. After some effort, Eisenhower was accepted, and he arrived at West Point on July 14, 1911.

2. Eisenhower was forced to join the “awkward squad” in his first weeks at West Point.

When students arrive at West Point, they are called plebes and hazing quickly begins. Upperclassmen at West Point initiate new students into the Army culture through rigorous physical and emotional tests known as the “beast barracks,” which involve a great deal of drilling. Having grown up in a rough-and-tumble farming town in Kansas, Eisenhower had no problem with the physical end of the ordeal. But he just could not catch onto the marching tempo and was forced to join similarly challenged plebes in the “awkward squad” until he could get the timing right.

Eisenhower didn’t enjoy the beast barracks and did all he could to undermine the system of hazing. Years later he described the cadet instructors as “obnoxious and pestiferous.” Later in his plebe year, Eisenhower and a fellow cadet broke a minor rule. As punishment, an upperclassman ordered them to report in “full-dress coat.” Eisenhower took the order literally and showed up sans pants, an act of defiance that drove his tormenter mad. Years later Eisenhower savored how that upperclassman let out “the cry of a cougar.” Eisenhower recalled later in life that when he was an upperclassman, he shamed a cadet over a job the young man had held. After that incident, Eisenhower resolved to no longer harass plebes. Eisenhower was no bully.

4. Eisenhower broke the rules at West Point — a lot.

Eisenhower constantly broke the rules and regulations at West Point. The list of his demerits runs nearly 10 pages. Biographer Carlo D’Este writes that Eisenhower “seemed to relish every opportunity to outwit an instructor or upperclassman.” Eisenhower’s willful disregard for the rules pertaining to dancing, for example, brought him to the attention of the commandant. Eisenhower ignored an order not to, in his words, “whirl” a professor’s daughter during a dance. His willfulness led the commandant to demote him, confine him to barracks and order him to walk 22 laps.

5. Eisenhower was almost denied a commission at the end of his schooling at West Point.

Academics at West Point in the early 20th century did not encourage independent thinking. Instead, lessons involved what Michael E. Haskew called “mind-numbing rote memorization.” That approach led Eisenhower to devote his energies to football, a sport he had played in high school. Two weeks after competing against the legendary, Olympic gold medalist Jim Thorpe, Eisenhower suffered a major knee injury. That injury and others almost led an Army doctor to recommend that the future general be allowed to graduate but not receive a commission.

Eisenhower said he was fine with that and thought about a life in Argentina. When the doctor suggested he be commissioned in the Coast Artillery, Eisenhower objected, so West Point officials eventually settled on a commission in the infantry. Eisenhower graduated in 1915 and was deployed to the Mexican border, one of the least sought-after deployments in that era. In his first few years, Eisenhower’s requests to see combat in World War I were repeatedly denied, and he was pressured to coach football. Only through dogged persistence was he able to build a career for himself outside the confines of stateside training.

Ultimately, the best parts of college for Eisenhower were the lessons he learned about leadership and the friends he made among his classmates. Those classmates, collectively known as the “class the stars fell on,” eventually rose high in the ranks and formed a cadre of allies Eisenhower would call upon later. Eisenhower sharpened his skills as a leader and realized that humiliating people did not motivate them. The obligations of service – duty, honor, country – so ingrained over those West Point years inspired Eisenhower throughout his military career, highlighted by his command of the D-Day invasion, and a political career that concluded with two terms as President of the United States.