The fighting spirit of this haircut is sadly unauthorized 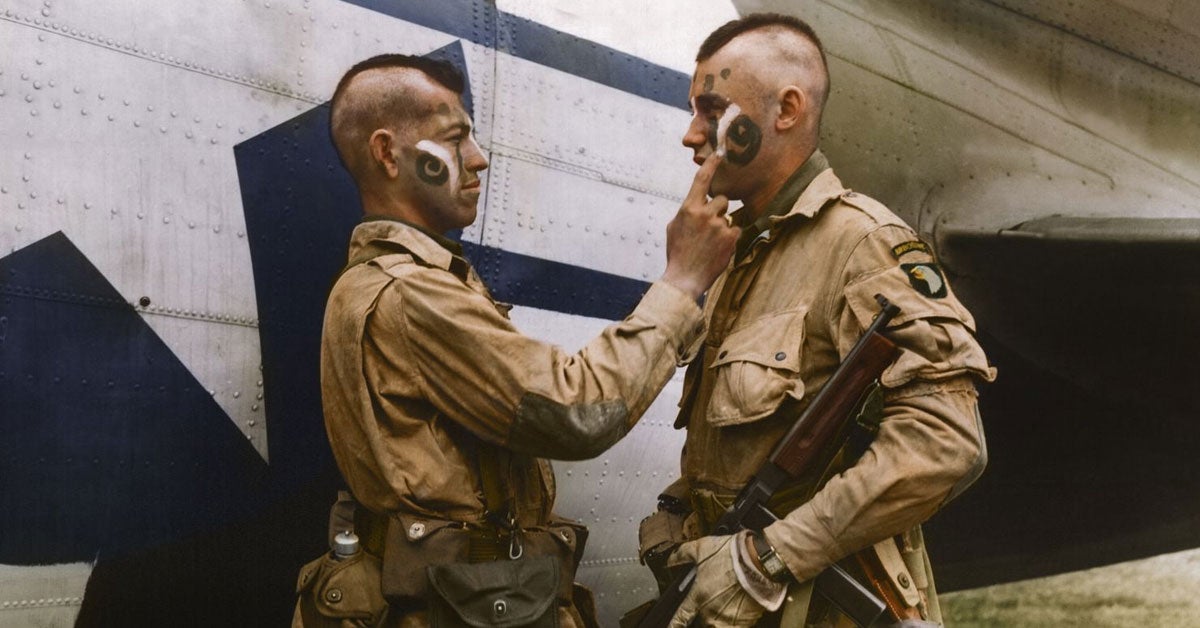 The Mohawk is as intertwined with the military history of Airborne paratroopers as the playing card. To this day, a debate rages about which unit shaved the sides of their heads first. The 82nd claims it got the idea from a radio show. The 101st, on the other hand, claims it was the idea of a Choctaw demo-man’s mother who thought, “if they scream ‘Geronimo!’ and sound like Indian warriors, they might as well look like them, too!”

Regardless of who claims ownership, the modern Mohawk has its roots among the paratroopers of D-Day and WWII in general.

Related: This is why Screaming Eagles wear cards on their helmets

While sticking to traditions is a big part of military life, the Mohawk, unfortunately, is only donned by war-reenactors and by soldiers on special occasions.

The hairstyle and accompanying face paint was adopted by paratroopers in an effort to channel the historical fighting spirit of their Native American allies. The Mohawk people of present-day New York were fierce allies during the American Revolution. Lt. Col. Louis Cook (or Akiatonharónkwen to the Mohawk people) was a decisive leader in the Battle of Oriskany and the Battle of Valley Forge.

However, calling it a Mohawk is actually a misnomer. Mohawk warriors traditionally pluck out everything but a square on the crown. The style as we know it comes from the Pawnee warriors of present-day Nebraska. The Pawnee people were also close allies of Americans. They, along with the Mohawks with which they’re often confused, were excellent scouts and raiders who would fight until the last breath — a sentiment that fits perfectly within the Airborne.

Perhaps the most famous of modern military Mohawks were donned by members of the “Filthy 13” of WWII fame. Lead by a member of the Choctaw Nation, demolition expert Sergeant Jake McNiece (aka Sgt. McNasty), these saboteurs sneaked behind enemy lines and planted explosives to devastate the Germans and aid Allied forces. It was under McNiece’s orders that his men shaved their heads, just like his mother suggested.

McNiece was a rebel at heart, demoted for disobedience and quickly promoted again for bad-assery. He and his unit took part in Operation: Market Garden, the Siege of Bastogne, and the Battle of the Bulge. Despite his goofball mentality, he would become acting first sergeant of his company around the time of his unprecedented fourth combat jump into Prüm, Germany.