Today in military history: Geronimo surrenders - We Are The Mighty 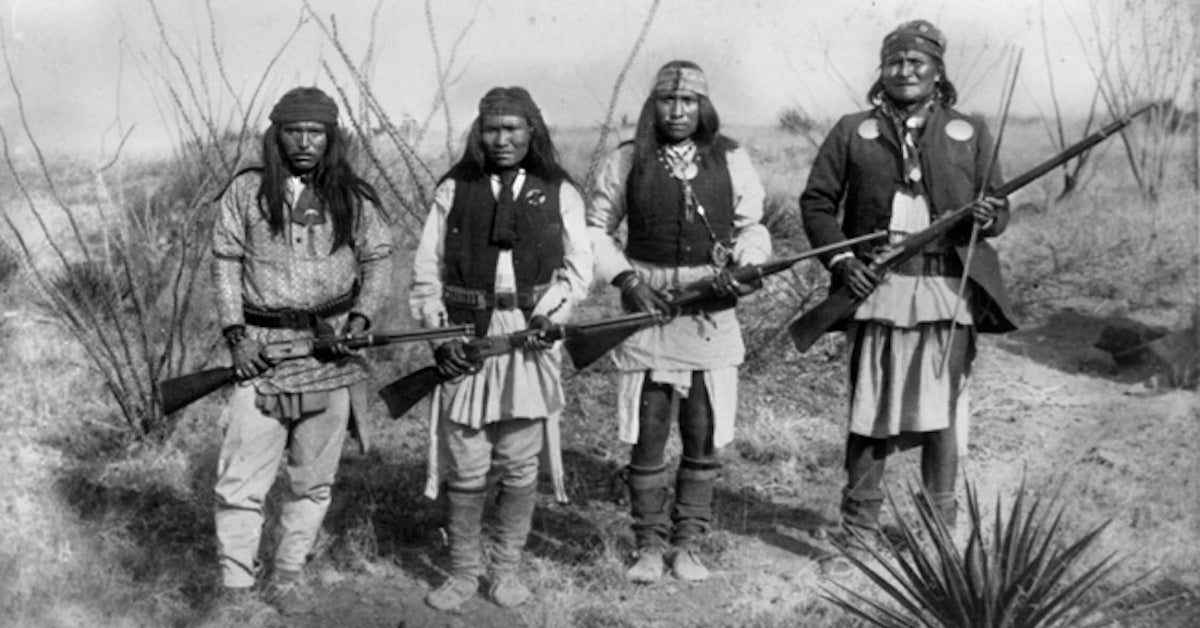 On Sep. 4, 1886, Apache chief and last holdout of the American Indian Wars Geronimo surrendered to the U.S. Army.

After the Native legend’s family was killed by Mexican settlers in 1959, Geronimo began to lead Apache raids against settlers of any nation moving in on his ancestral homeland.

Geronimo fought for some thirty years to try to keep American settlers from taking over Apache lands in the American Southwest, present day Arizona.

The United States government began removing Native Americans from their traditional lands, assigning them to reservations. Taken from the land that once met all of their needs, Native American people were forced to live on isolated reservations, with many on land that was so barren, the people forced to live on it struggled to get any crops to grow.

After agreeing to relocate to Arizona, Geronimo saw the truth about the harsh conditions on the Native American reservation. A band of tribesmen, led by Geronimo, escaped from the reservation and began to raid the nearby settlements and attack the American troops in the region. More than once, U.S. forces fought Geronimo back onto the reservation, only for the Native leader to escape again.

By March 1886, the Army dispatched 5,000 men to pursue Geronimo into Mexico, but the band of natives eluded the Army for months.

By September, he was caught on the New Mexico-Arizona border and forced to surrender. His band was sent to different reservations around America and Geronimo became a farmer, converted to Christianity, and moved to a reservation near Fort Sill.

According to the 2010 U.S. Census, about twenty-two percent of our country’s 5.2 million Native Americans live on tribal lands, with many suffering “Third World conditions” due to generations of broken promises from the United States government.