Security Investment - We Are The Mighty 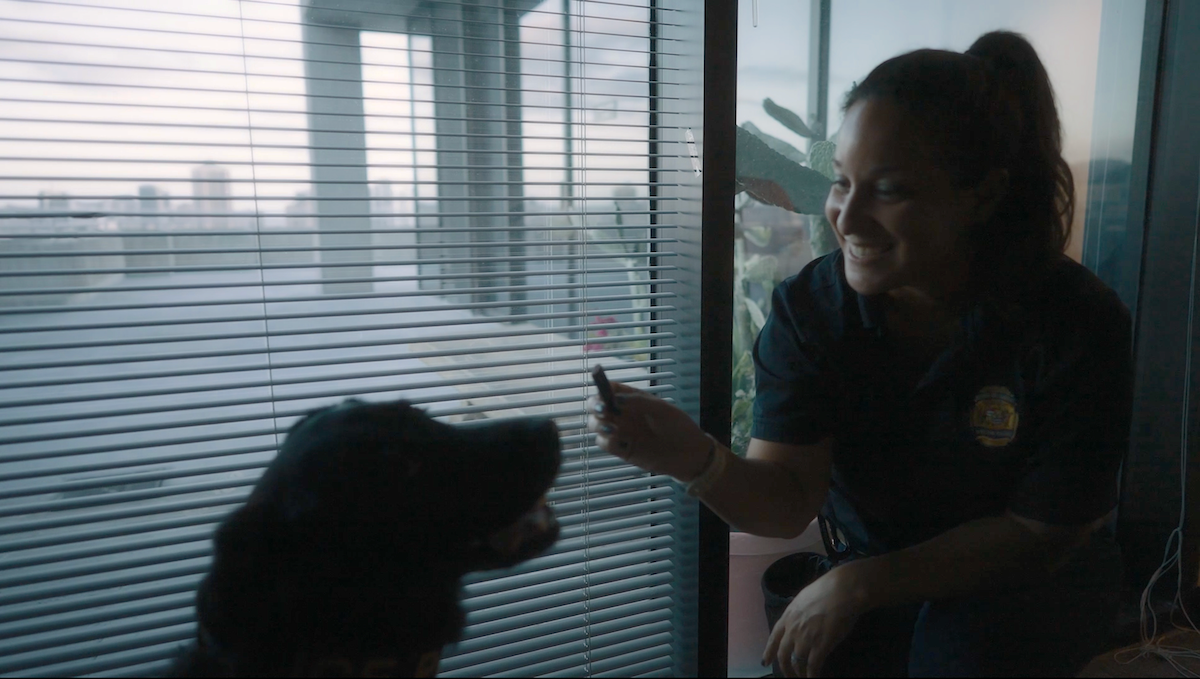 What I would tell my 21-year-old self

Alani Bankhead is an Air Force veteran and current reservist. She has served tours around the world, including Iraq. She’s also a former counterintelligence special agent.

Bankhead always knew she wanted to be in the military and attended college on an Air Force scholarship. She started her career as a personnelist, the equivalent of a human resources manager in a civilian company. She didn’t stay in that world for too long.

Encouraged by supervisors, Bankhead applied for and soon transferred to be a Special Agent with the Air Force Office of Special Investigations (OSI). The job turned out to be much more than she had originally expected. And she loved it!

In her 12-year active duty career, Bankhead served in duty stations around the world and did a six month tour with special operations in Iraq. Her job: running informants for counterintelligence to help find high-level terrorists. She’s not your typical counterintelligence special agent.

Bankhead remembers when she was first dropped into Iraq, saying “I was this young little Hispanic girl.”

Standing at just 5-foot 3-inches, she was quite different from her colleagues. OSI is a male dominated field operating agency. Bankhead says she originally questioned her own ability on that first deployment.

That insecurity stems from childhood.

Bankhead’s father is a former army officer for whom education was the path out of poverty. And while the family was middle class, she says she grew up feeling as if they were really poor. She recalls that there was always a sense in the house that they didn’t have money. She internalized that.

Her parents couldn’t afford college. Her Air Force scholarship helped with that. Still, she struggled with finances. That came from her childhood perception of being poor. It created a conflict between having expensive nice things and sacrificing, between spending and saving.

Spending won. She lived beyond her means. She moved into an apartment she couldn’t afford. And she got behind on her rent.

The inevitable eviction notice was her wake up call. That was the beginning of her personal financial journey. Bankhead refers to it as her, “financial fitness journey.”

She decided that she would never go into debt again. This gave her the ability to reframe her insecurity. It changed everything in her life.

“I always hated bullies; anybody that uses their strength or their power to pick on someone that’s weaker,” said Bankhead.

Her job is to protect the most vulnerable: children. She has moved from hunting terrorists to chasing human traffickers and white-collar criminals. She is driven to get justice for the victims of those crimes and appreciates the opportunity to help them heal.

“The pay is awful, but it is the job I was destined to do. The joy I get from that is just incredible,” Bankhead remarks. And it’s all possible because of proper planning.

She has a robust retirement portfolio thanks to the Thrift Savings Plan (TSP) and explains that it’s “a really great tool!”

Today Bankhead is a smart well-diversified investor. Because of her planning, she is able to contribute to the world in a personally meaningful way. The result is that she can do a job that is really important and that she truly loves without worrying about putting a roof over her head.

Her financial fitness journey is the result of her courage to explore who she was and what her true beliefs were. She achieved a great sense of peace as a result. She made career and personal moves with confidence. And she feels really good about that.

Bankhead says that “having financial security gives you options to seize opportunities at the right time.” When you do, you can align yourself to do what you were always meant to do.

All of the things she thought were weaknesses were actually her strengths.

This is what Bankhead would say if she could go back and talk to her 21-year-old self.