Veteran stays busy with elaborate LEGO builds - We Are The Mighty 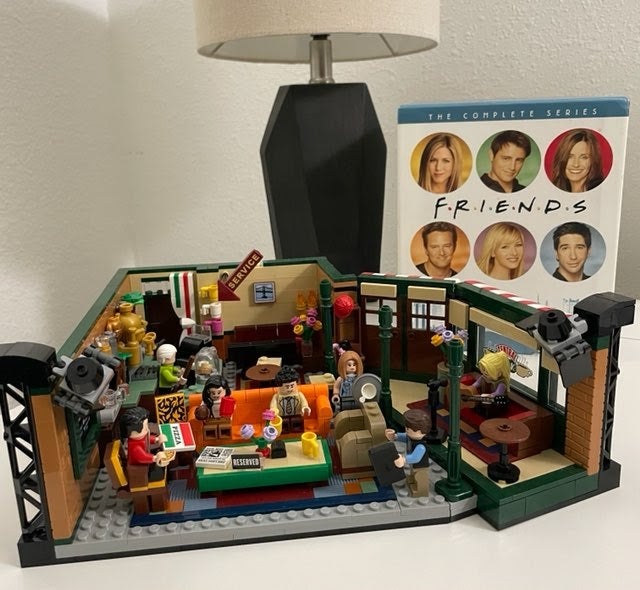 Thousands of pieces, elaborate instructions, and finished products that are intricate and impressive: That’s what fans get in adult-level LEGO kits. Projects that come with as many as 9,036 serialized bricks – creating a Roman Coliseum – and cost hundreds of dollars each. Yes, hundreds – that same kit retails at $449.99 a pop.

It’s a hobby that veteran Eric Rickards and girlfriend, Charlotte Murnan, know well. In fact, they have an entire dedicated “LEGO room.” It wasn’t an afterthought with an extra bedroom, however, they purchased their house near Tampa, FL with their hobby at the forefront of “new home must haves.” 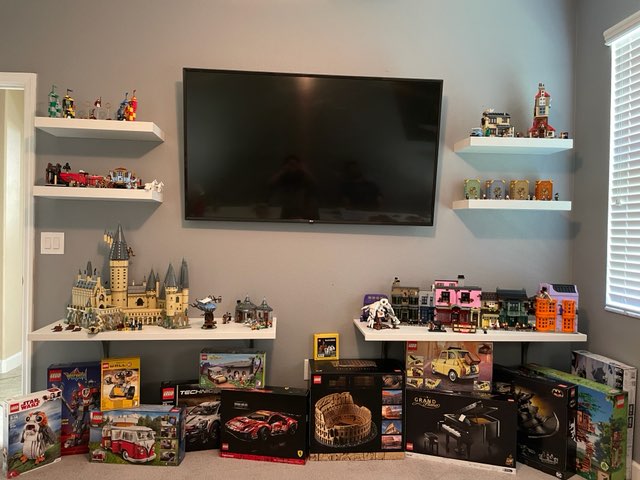 The room is lined with heavy shelves that display completed LEGO builds, like a replica of Central Perk from Friends and the Hogwarts Quidditch field. Meanwhile, Ikea tables host in-progress builds.

“LEGO can be really intricate and that’s what I love most about it,” Rickards, who served 12 years active duty in the Army, said.

Murnan added, “It’s such a fun thing to do to take our minds off other stuff.” 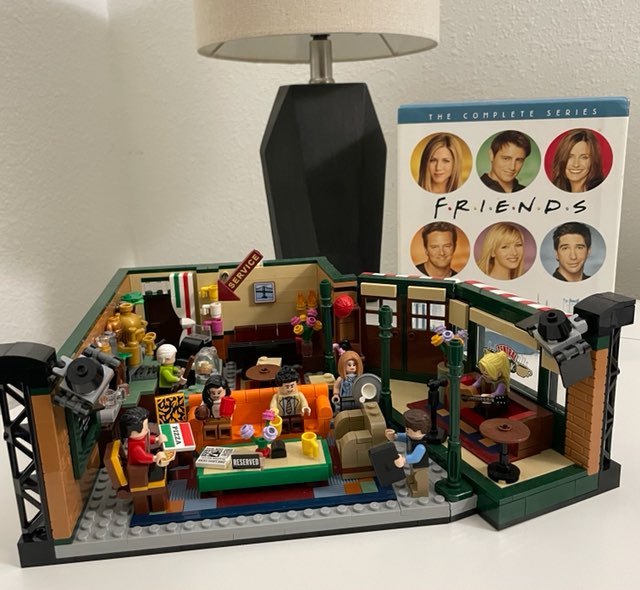 The hobby began after the pair had been searching for an interest they could share. Rickards suggested building the LEGO Hogwarts Castle. Murnan, an avid Harry Potter fan, agreed, and they began their first build.

“I wasn’t expecting to like it as much as I did, but there’s something therapeutic about seeing it come to life,” she said.

The hobby has only grown since the onset of COVID-19. Former travel buffs, the couple hunkered down in their Memphis house at the start of the pandemic, before permanently relocating to Tampa for Murnan’s job as a Senior Financial Analyst in Investor Relations. Meanwhile, Rickards, who was medically discharged, dealt with a recurring injury. He realized it wasn’t feasible to remain a mechanic, and went to school to study history.

The move prompted them to do away with one of the biggest inconveniences about their former house: not enough space for LEGOs.

From there, the duo began seeking out and buying new LEGO projects, even buying new kits as they’re released, just so they can get their hands on the goods before they sell out.

“We have 15 in the box right here, so [my favorite] could change,” Rickards said. He cited his current favorite build as their Nintendo screen; it’s a retro tv that has a turn crank, causing Mario to jump up and down.

They have retired sets – kits that LEGO no longer manufacturers – these they find on eBay or through niche Facebook groups. Rickards cited Wall-E as a project he’s excited to tackle next.

“You have to track them down and they’re a little pricey. It took me a while to pull the trigger, but I finally got it.”

There’s also the Ghostbusters car, a Land Rover, an incredibly detailed flower bouquet, even more Harry Potter builds, including a house crest made up of 17,000 individual dot pieces, the carousel they built with Rickards’ mom – she’s a long-time carousel collector. And Murnan’s favorite, a custom selfie portrait of the two; she likes the sentimental touch. The latter was made at a LEGO portrait studio in London wherein users can take a photo and purchase a custom brick set.

As for the finished project themselves, the pair remains in awe of LEGOs engineering and completed designs. For instance, a T-rex that seemingly defies gravity to stand on its hind legs, a book they received as a free gift with purchase where the bricks come together to look like real pages. All of which, and more – for a total of over 40 completed builds – are shown throughout their home. 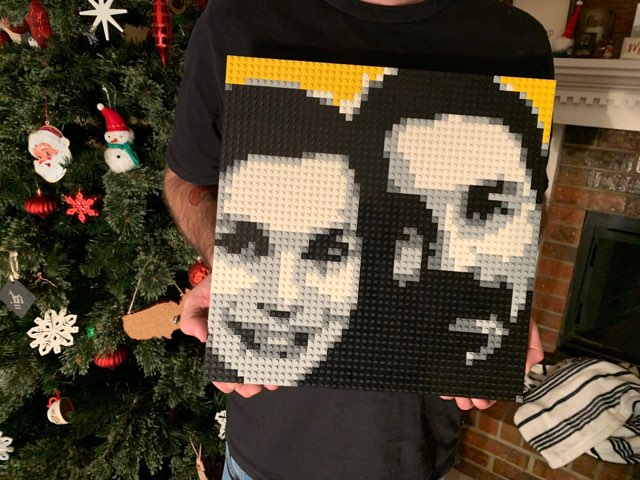 “It’s such a fun thing to do to take our minds off of other stuff. And with COVID – all bets are off – we could be in there building on a weeknight,” Murnan laughed. “We can work on builds and relax; it’s such a stress relief.”