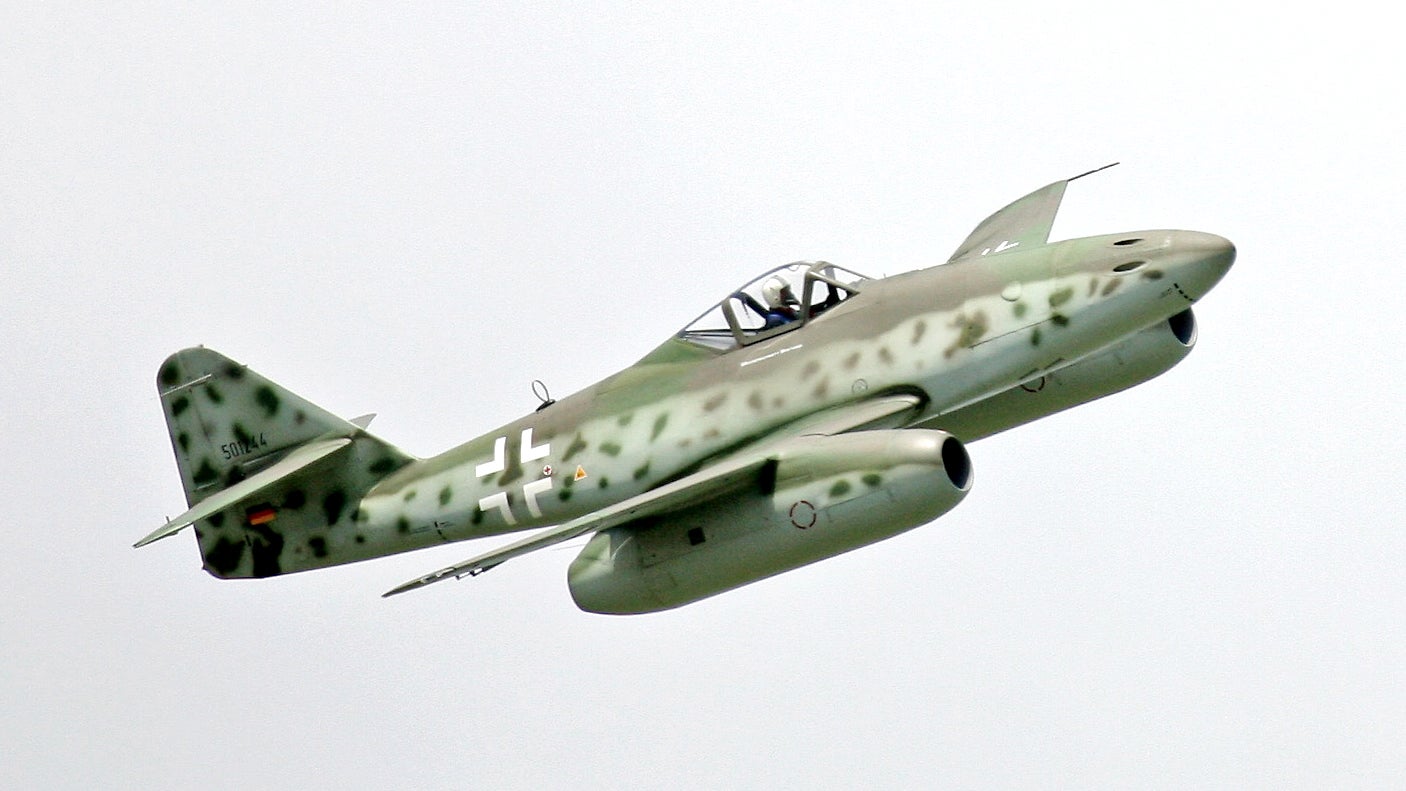 Legendary test pilot and World War II veteran Chuck Yeager once commented, “Nov 6, 1944: First time I saw a jet, I shot it down.” He was referring to the Messerschmidt 262, the first operational jet aircraft.

The Me-262 first appeared in the skies over Europe in April 1944. It’s impact on the German Luftwaffe was huge, especially coming so late during World War II. In just one year, the Germans estimated that Me-262 pilots shot down  more than 500 aircraft, which isn’t bad considering the Luftwaffe was pretty irrelevant at that point.

Nazi Germany probably hoped it would help stem the Allied advance by denying the oncontested air superiority the Allies enjoyed later on in the war. In some ways, it did but in every way that matters, it didn’t make much of a difference.

1. There weren’t enough in the air

The German air force produced around 1,400 Me-262s during World War II but due to the lack of skilled pilots, restrictions on the availability of raw materials and spare parts, and constant Allied bombing, the Luftwaffe could only get 200 or so airborne at any time.

Major production facilities were bombed and destroyed by Allied air power, so the Germans had to move the production to more low-key areas and disparate places. As a result, the parts of the planes had to come together at another facility entirely. The Germans even started using abandoned mines to shield them from Allied attacks. Eventually, they were all overrun.

Luftwaffe planners were not prepared for the wear and tear the jet engines would take during drawn-out dogfighting and bomber raids. The planes had a lot of quirks that would also put wear on the new engine. It had trouble maneuvering at high speeds, which was its primary attraction to the Luftwaffe.

A Me-262 jet engine would typically wear out after just 10-20 flight hours, and would need to be replaced or repaired with parts that weren’t always widely available. If they weren’t maintained well, the engines could flame out or even blow up mid-flight.

3. Allied pilots knew when to attack the Me-262

While the initial introduction to fighting one of the Messerschmidt jets might have been a shock to the Allied air forces at first, these were some of the smartest guys in the war. It doesn’t take a fighter pilot long to assess the strengths and weaknesses of an enemy aircraft and learn when is the best time to go in for the kill.

Once in the air, the jet fighter was a formidable opponent, so Allied airmen began targeting the Me-262 during takeoffs and landings. The best way to defeat an enemy is making sure it can’t fight in the first place. Even when the Me-262 was airborne, the much slower P-51 Mustang was still deadly against the jet. Fighter pilots learned the Me-262 had to slow down to take a turn, and the much more maneuverable Mustangs would be ready when it did.

Hitler wanted the jet to be able to perform many roles, so what it became was a jack of all trades – and a master of none. The Me-262, when compared to other fighters at the time, was not an agile airframe. It lacked agility, acceleration, and climb; all things a fighter needed when engaged in air combat.

When used as a high-speed interceptor aircraft, there was no World War II-era equal. The top speed of a Me-262 was at least 100 miles per hour faster than anything the Allies could fly, but once engaged by enemy fighters, the Me-262 became a target like any other Luftwaffe plane.