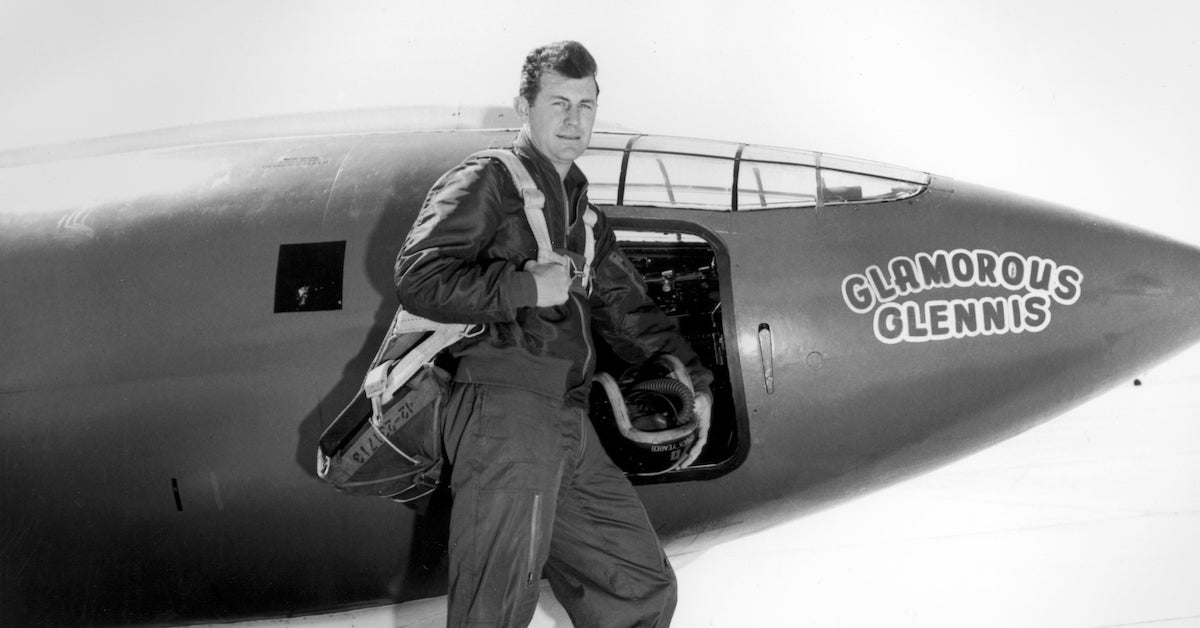 A celebrated World War II pilot, Chuck Yeager was chosen to fly the X-1, a rocket plane nicknamed “Glamorous Glennis” — named for his first wife and designed to explore the possibility of supersonic flight.

After a series of tests, the X-1 was lifted to an altitude of 25,000 feet by a B-29 Superfortress then released through the bomb bay. Yeager powered up to 43,000 ft and accelerated past Mach 1, becoming the first man to break the speed of sound.

Few people know Chuck Yeager accomplished his historical feat with some broken ribs after a day of riding horses. “My horse and I pulled about 3 g’s trying to avoid the fence. Well…. my horse pulled 3, I flew over the fence and cracked a couple of ribs,” he reported. Not wanting to get grounded before his sound barrier attempt, he went to a local vet who warned him not to do anything strenuous — but even closing the door of his X-1 would require mobility he just didn’t have. He went to Jack Ridley, an aeronautical engineer responsible for the X-1, who sawed off the end of a broomstick to fashion a lever with which Yeager could pull his door shut. It worked on the ground so the Flyboy was content enough to try it in flight. The rest, of course, is history.

Chuck Yeager would later become the first to break Mach 2, as well.

His achievement remained classified until June of the following year. He retired from the U.S. Air Force with the rank of brigadier general and passed away on Dec. 7, 2020, at the age of 97.