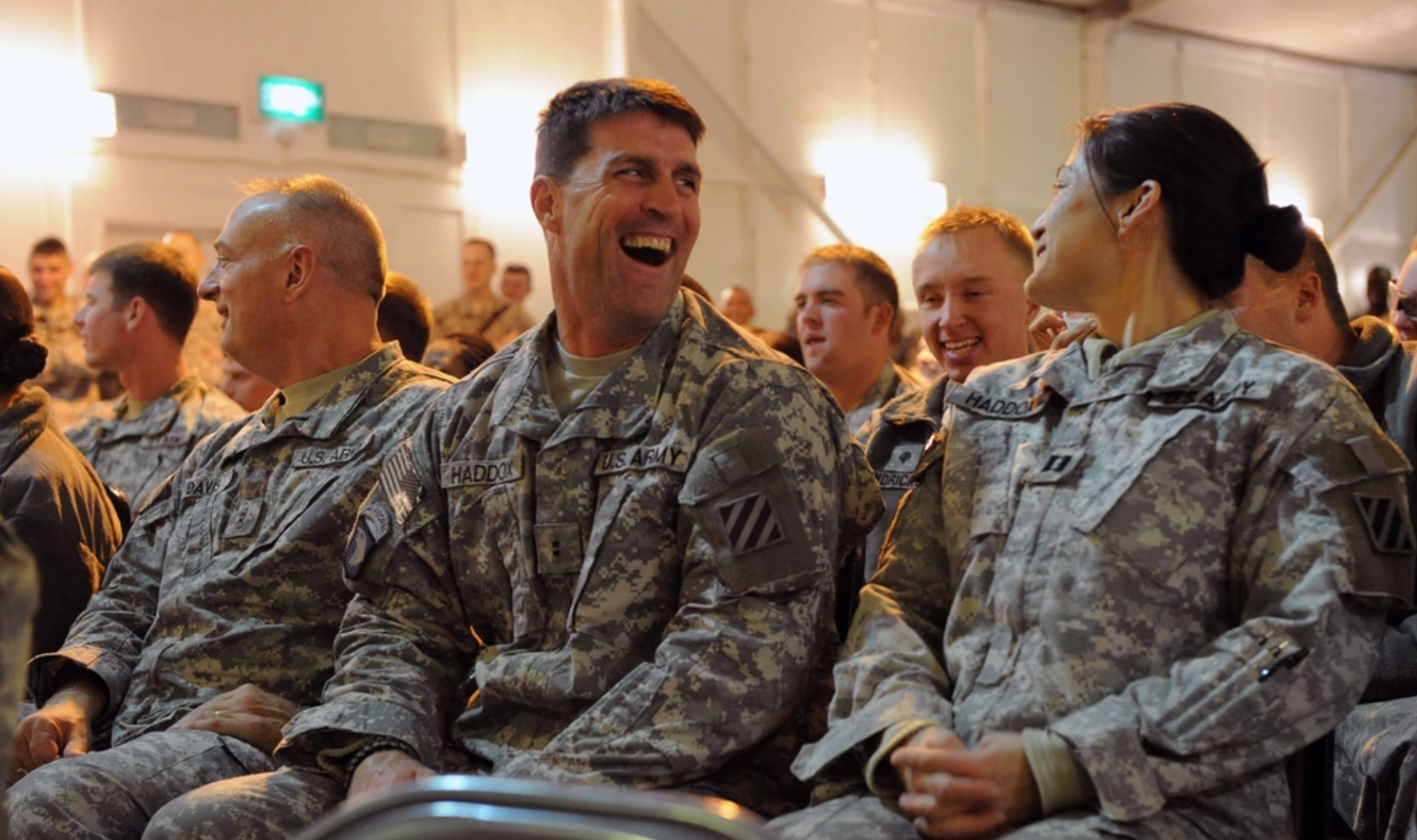 Hollywood and other media like video games rarely get the military right. Despite having advisors on hand, accuracy often takes a back seat to entertainment. Things like whisper-quiet suppressors and helicopters falling out of the sky have become so prevalent in media that the general public accepts them as fact. One of the worst types of offenses depicted in military media is language. Certain words and military phrases have worked their way into television, games, and movies that simply aren’t used or shouldn’t be used at all.

Here are 6 military phrases that troops don’t actually use

This is one of the worst and most common offenses. Short for helicopter, troops just don’t say chopper anymore. The term was used by previous military generations, but its continued use in depictions of the modern military is simply inaccurate. Today, the words “helo” and “bird” are the more accepted terms for rotary-wing aircraft.

This one might actually worse than chopper. In radio communications, the word “over” means that you are done talking. You release the push-to-talk button and the other person can talk. When they’re done talking, they also say “over” and the cycle continues until the conversation is over. When that time comes, the higher-ranking person ends the radio traffic with the closer “out.” You either say “over” because there’s more to communicate or because you’re the lower-ranking person; you only say “out” if you’re the higher-ranking person and you’re ending the communication. It’s never “over and out” and saying “out” to a superior is generally frowned upon.

No, you don’t repeat; you say again. Unless you actually mean repeat, in which case the artillery that you called for will be fired again. Yup, that’s what repeat means on military radio nets. When you say something for a second time or need the person you’re talking to to say something again, you use “say again.” For example, “Troops in contact. I say again, troops in contact” or, “Say again your last. You’re coming in broken and unreadable.”

Admittedly, this one is actually said quite a lot in the military. However, it’s not correct. Army Doctrine Publication 3-90 Chapter 2-59 reads, “There are eight forms of contact: visual; direct; indirect; non-hostile; obstacles; aircraft; chemical, biological, radiological, and nuclear (CBRN); and electronic.” To help with remembering all eight, the initialism “DINOCAVE” is sometimes used. When troops say something like, “I have eyes on the objective,” what they should be saying is, “I have visual contact with the objective.” Yes, it’s nitpicky and military cultural norms have accepted eyes on, but the book answer is visual contact. You never know, it might be asked on an advancement board by a nitpicky NCO.

It’s short for special operations and no one says it. Well, maybe if they’re referring to the Call of Duty game mode, but not in the context of the actual military. AAP-06, the NATO Glossary of Terms and Definitions, defines special operations as, “Military activities conducted by specially designated, organized, selected, trained and equipped forces using unconventional techniques and modes of employment.” These operations are overseen by Special Operations Command and are conducted by special forces units like the Green Berets and Navy SEALs. But, nowhere in this world of tier-one military operations do people use the term “spec ops.”

Don’t, whatever you do, refer to your assigned weapon as a gun. An M4 can be a weapon, rifle, or carbine An M9/M17/M19 can also be a weapon, pistol, handgun, or sidearm. But, none of them are a gun. While the word gun isn’t incorrect in the English language, it’s incorrect in the profession of arms that the military is. Rather, in the military, the word gun is applied to large-caliber weapon systems like naval guns or artillery. After all, the 21-gun salute originates from rendering honors with cannon fire. Again, it’s not technically wrong; just don’t let a drill sergeant, and especially not a drill instructor, hear you refer to your M4 as a gun.