A piece of forgotten Cold War history - We Are The Mighty 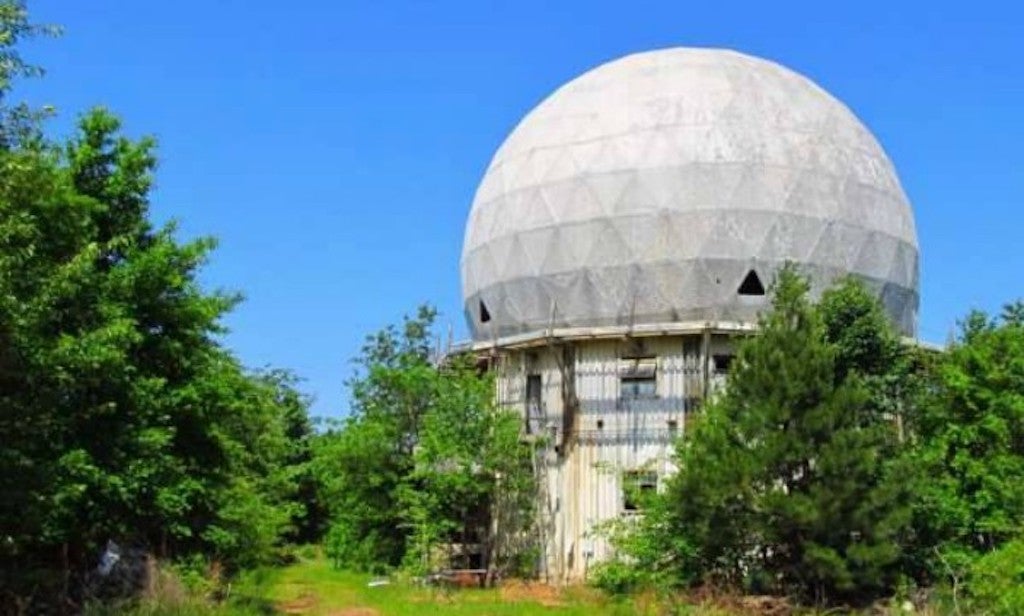 Many kids will learn about Cold War history in school, while many of our parents and grandparents share stories of nuclear bomb threat drills. When we think of Cold War relics, we often think of Chernobyl or the airfields of Soviet M4 bombers left in disarray, the former secret submarine base located in Balaklava Bay in Crimea, or the Berlin Wall.  However, very rarely do ever think of Cold War relics existing in the United States … maybe until now.

With time and weather wearing away at the structures, there is a new initiative from multiple organizations, including the Air Force Museum and Air Force Radar Museum Association (AFRMA), to restore and relocate previously used Cold War-era radomes. Today, only seven radomes are still standing, one located at the Texarkana Regional Airport in Texarkana, Arkansas. The museum is beginning its process of inspecting and evaluating the structure to determine if it can be saved, restored and moved from its current location to the museum space in Ohio.

Raydomes were established during the Cold War with the Soviet Union to monitor and protect airspace. The location of the Raydome in Texarkana made it a perfect spot to be able to monitor the airspace of Texas, Louisiana, Arkansas and Oklahoma. With the fear of the Soviets attacking, in 1955, the airport was renamed the Texarkana Air Force Station and kept a heavy eye on the airspace from Texas to Barksdale AFB in Bossier, Louisiana. The main concern at this location was a plane that could leave Siberia and enter a southern jetstream over Northern Mexico and enter the United States. At one point, the Station had 50 personnel assigned there to run the radome.

At the time the radomes were created, it was considered state-of-the-art equipment. In 1968, the United States Air Force decommissioned radar domes when newer technology came on the scene. The Radome would still be used until 1983 for civilian purposes until the Federal Aviation Administration discontinued that.

Before the current initiative to move the Raydome to the museum in Ohio, several former members of the Air Forces’ 703rd Aircraft Control and Warning Squadron (who were assigned to the Radome in Texarkana) tried having it turned into a Cold War Museum in 2010, which failed without much traction.  However, the interest of both the Air Force Museum and the AFRMA brings new life to the plan to honor every Airman’s story.

There is currently no timeline on when or if the radome restoration and relocation project will take place.