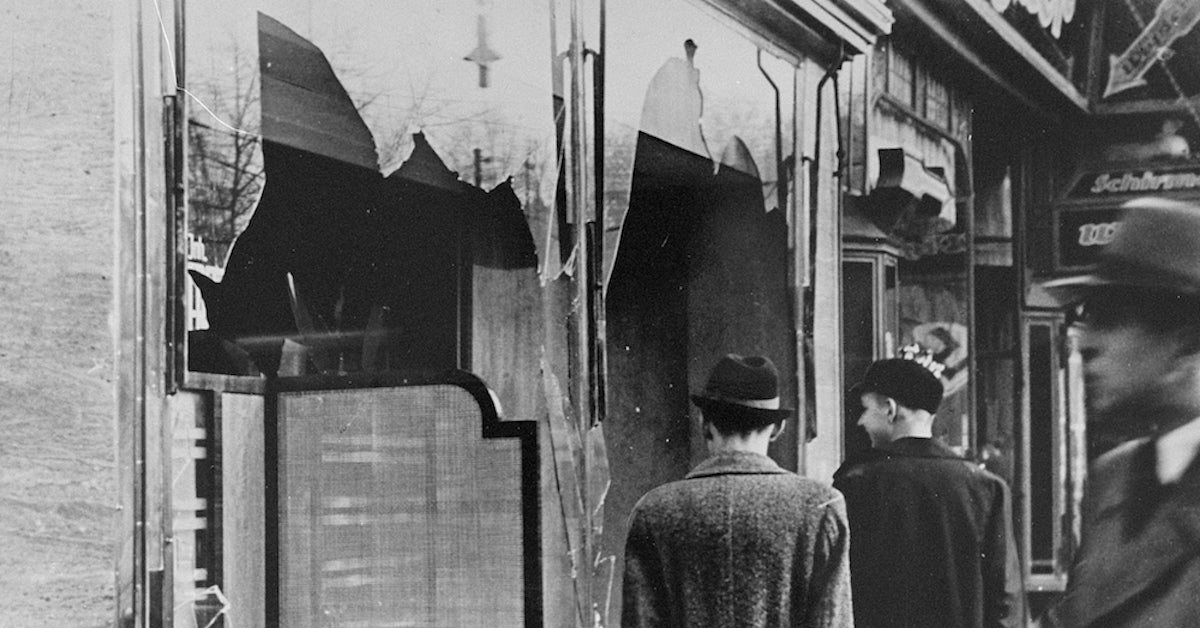 On Nov. 9, 1938, Nazi SS stormtroopers launch a campaign of violence and destruction against the Jewish people of Germany and Austria. In an event that would precipitate the Holocaust, “Kristallnacht” — “The Night of Broken Glass” — was named for the smashed windows of thousands of Jewish-owned establishments and homes. In one night, 100 Jews were killed; over 7,000 Jewish-owned homes, schools, businesses and synagogues were vandalized; and an estimated 30,000 Jewish men were arrested and sent to concentration camps.

Nazi officials immediately claimed that the Jews themselves were to blame for the riots, and a fine of one billion reichsmarks (about $400 million at 1938 rates) was imposed on the German Jewish community.

“Nazi officials depicted the riots as justified reactions to the assassination of German foreign official Ernst vom Rath, who had been shot two days earlier by Herschel Grynszpan, a 17-year-old Polish Jew distraught over the deportation of his family from Germany,” reported the United States Holocaust Memorial Museum.

Kristallnacht became a turning point for the Third Reich. The Nazi government, under chancellor Adolf Hitler, faced no international reprimand and proceeded to escalate their discrimination against the Jewish people from antisemitic rhetoric and legislation to the violence of World War II, the Holocaust, and the systematic murder of over six million European Jewish men, women and children.