Bea Arthur was a Marine before starring on Golden Girls 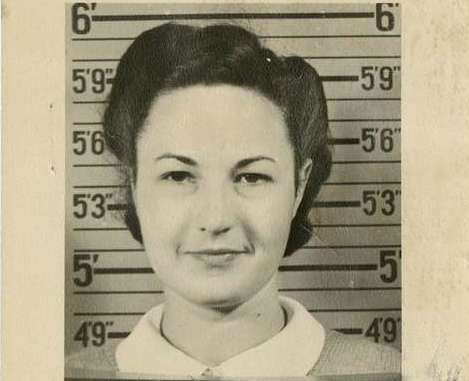 Thank you for being a friend … and a MARINE! Yes, the very same Bea Arthur that we know and love as Dorothy Zbornak from the “Golden Girls” and Maude from “All in the Family” served in the U.S. military.

Arthur, who passed away in 2009 of lung cancer, was originally named Bernice Frankel. She later changed her first name, and used an alternate spelling of her former husband’s last name, Aurthur.

In 1943, the Marines became the last military branch to accept women into their ranks. They announced a call for enlistments with the marketing slogan, “Be a Marine … Free a Man to Fight.” With the addition of women into their force for administrative and behind-the-scenes work, men who were previously performing those jobs were able to head to the frontlines.

Just five days later, Arthur enlisted. However, not yet 21 (the age required to enlist at the time) she had to obtain permission from her parents. All of this, and more, is listed on her Official Military Personnel File (OMPF), which is available to this day via the National Archives.

It’s worth noting that, because the Marines had just begun accepting women, they hadn’t even provided paperwork to do so. Therefore, Arthur, and hundreds of others, were processed into the Marines through Navy paperwork and exam schedules.

In one of her incoming interviews, a processing worker wrote comments like “frank and open,” “argumentative,” “over aggressive,” and “probably a good worker if she has her own way!”

She joined the military during World War II, in February of 1943, when she served for two years before being honorably discharged as a Staff Sergeant in September of 1945. She was one of the first women to enlist with the United States Marine Corps Women’s Reserve. She worked as a typist in Washington, D.C., before requesting to attend the Motor Transport School. She then worked as a dispatcher and truck driver. Throughout her career, she was stationed between Washington, D.C. and two bases in North Carolina.

After her discharge, Arthur went to school to become a lab tech, even interning at a hospital. However, she didn’t enjoy the work and left to attend drama school in 1947. By the late ’40s, she was performing in off-Broadway shows. She went on to perform on Broadway, winning a Tony for her performance as Vera Charles in “Mame”, before transitioning to television, where she was one of the most famous actresses throughout the ’70s and ’80s.

It’s worth noting that Arthur publicly denied her time in the Marines throughout her acting career; she also did so blatantly, on-the-record, in a 2001 interview. Her military records were made public a year after her death, in 2010, proving her enlistment. It’s unknown why she denied her involvement as a Marine. Though one running theory is that it was to hide a misconduct report, when Arthur was written up for contracting a sexually transmitted disease. The stint left her “incapacitated for duty” for five weeks, for which she received a cut in pay.

However, at the time of joining, records show her as eager and “willing to do her part” to help with the war.