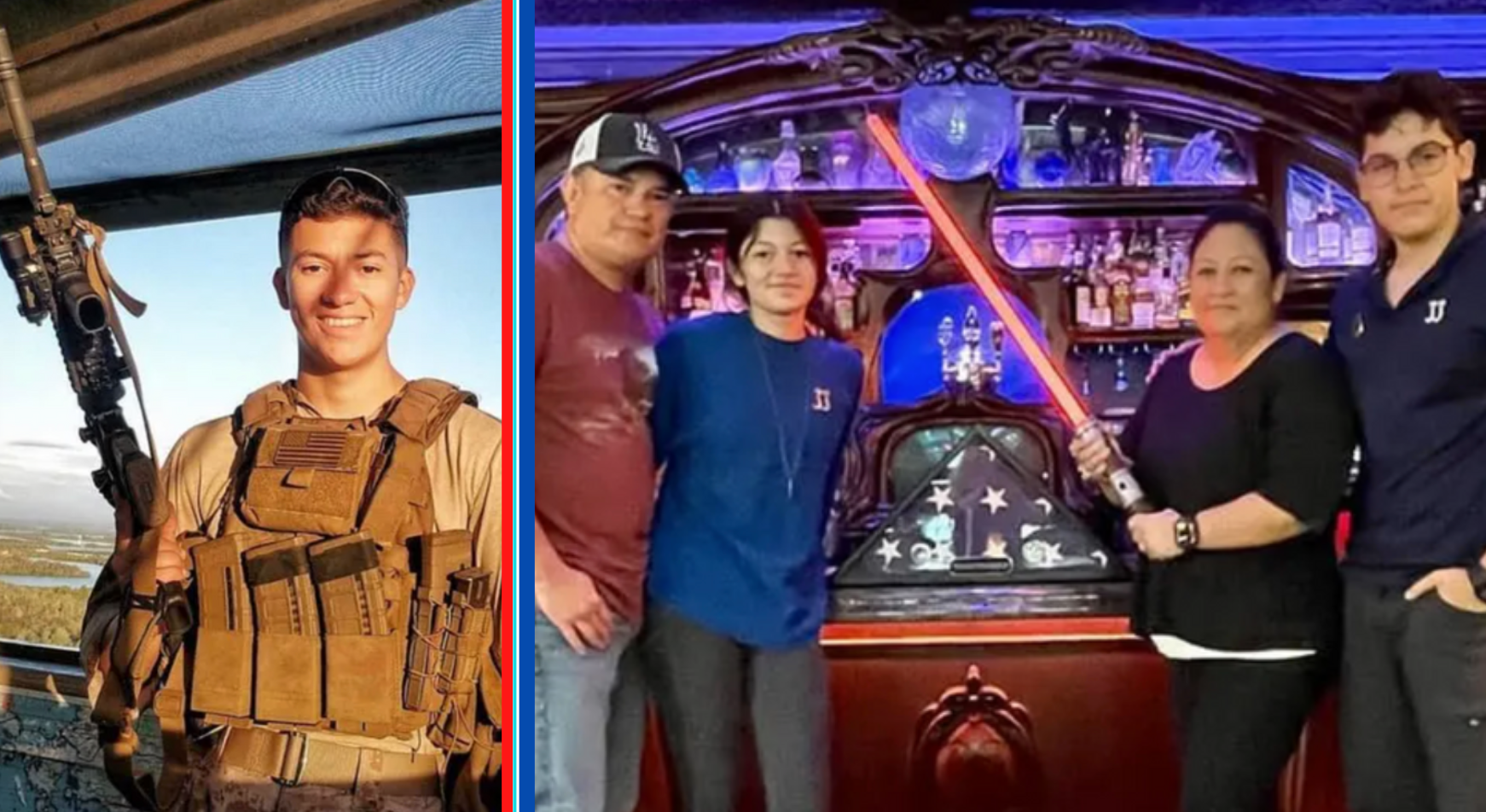 The deaths of 13 US service members at Kabul International Airport on August 26, 2021 shook the nation. Their deaths serve as a tragic punctuation mark to America’s longest war. One of the fallen was Marine Cpl. Hunter Lopez of Indio, California.

Growing up in SoCal, Lopez was a huge Disneyland and Star Wars fan, similar to how growing up in Marceline, Missouri, gave Walt Disney his love of trains. The family has been annual passholders for decades. In November 2019, Lopez visited the park and built his own lightsaber at Savi’s Workshop in Galaxy’s Edge. He loved it so much that, before he deployed, he told his parents that he wanted to be buried with it if he was killed.

His parents wanted to honor Hunter’s request, “but I just couldn’t find the courage to part with the lightsaber he built,” Mrs. Lopez tearfully told Disney Parks. So, six days after Hunter’s death, Mr. and Mrs. Lopez took their 18-year-old son and 17-year-old daughter to Disneyland to build a new one. Together, they would build a replica of Hunter’s lightsaber to bury with him.

“As we walked into Disneyland, the marching band was coming out onto Main Street [U.S.A.] and started to play a Star Wars song,” Mrs. Lopez recalled. “We don’t know if it was Disney magic or whether it was Hunter, but either way it felt good knowing he was there with us.”

A friend of the Lopezes helped arrange for the family to build the lightsaber in private. The friend, a member of the exclusive Disneyland Club 33, also arranged for the family to have lunch at the famous dining club afterwards. When Club 33 Member Services Coordinator Rex Roberts learned of the Lopez family’s visit, he advised resort leaders to see what else they could do that day.

Members of SALUTE, the cast member Business Employee Resource Group that supports veterans and service members, reached out to Vice President of Security Dan Hughes. “We took the American flag that was flying over Disneyland and quickly had it framed and created a plaque, so we could present it to the family,” Hughes said to Disney Parks. In just 90 minutes, he was on his way to Club 33 to meet the Lopezes. “Your son’s sacrifice means the world to our country and also to us at Disneyland, and it’s our honor to give you this token of our appreciation,” Hughes told the family as he presented them with the flag.

“My son loved Disneyland,” Mrs. Lopez said as she broke down in tears. The whole room choked up at the emotional gesture. The gift prompted Mrs. Lopez to recount Disney-related memories of Hunter. His favorite ride was the Mad Tea Party with its iconic spinning tea cups. As a child, he loved Winnie the Pooh so much, Mrs. Lopez nicknamed him, “Hunter Pooh.” However, Star Wars was his true passion.

“He’d dress up as a Jedi for Halloween, he knew all the movies, all the lines — even the background characters,” Mrs. Lopez recalled. When she was pregnant with her second child, 5-year-old Hunter asked to name the baby Uncle Owen after Luke Skywalker’s Uncle Owen from Star Wars. The Lopezes liked the name (minus the “Uncle” part) and named their second son Owen. Owen signed his Airborne infantry contract with the Army just hours before the family received the fateful knock on the door from the casualty notification officers. Hunter advised his brother to join the Army with the goal of becoming a Ranger before following their parents into law enforcement with the Riverside County Sheriff’s Department; Hunter’s own goal after transitioning out of the Marine Corps.

On the day of the Lopez family’s visit, Club 33 also poured 13 glasses of champagne and lined them up on the service counter. The drinks served as a tribute to all 13 service members killed on August 26.

“Disneyland is all about celebration and happiness, so it’s not often that we see or hear this in our work,” Club 33 General Manager Luke Stedman told Disney Parks of the event. “But in this divisive world, when we can all come together and support something so meaningful, it’s a reminder of how much pride our cast can take in what this place means to people.”