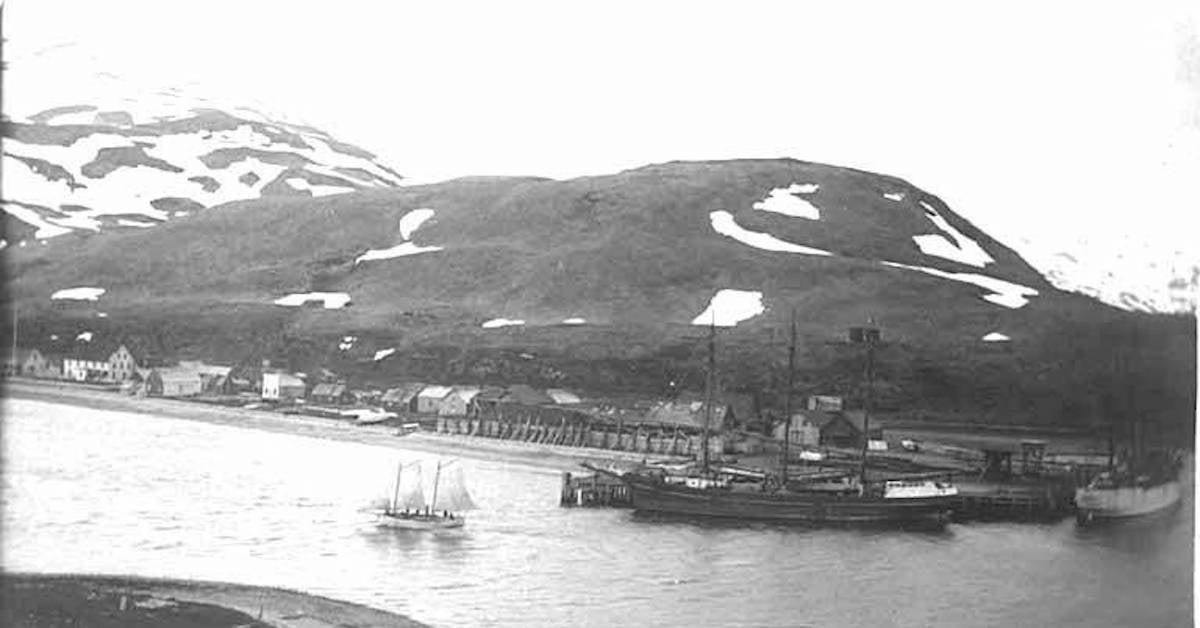 Alaska is still considered the last frontier, even in today’s modern times. The unforgiving and extreme weather coupled with the rough terrain makes it a challenging place to live. More than one hundred years ago – during the Spanish Flu – it was even more deadly.

The world is very familiar with the new words in our daily vocabulary: quarantine, face mask and social distancing, thanks to COVID-19 and the current global pandemic. Just 100 years ago this was the case as well, during the 1918-1919 Spanish Flu. The big difference between then and now are the extreme advancements in technology and medical care. According to the CDC, 500 million people were positive and 50 million people died from the Spanish Flu.

In a wild place like Alaska with scarce medical care, it was a sure death sentence.

When the Spanish Flu arrived in Alaska during the spring of 1919, it wiped out villages – and fast. World War I had just ended and on May 26, 1919, the USS Unalga was patrolling around the Aleutian Islands, near Akun Island located in Seredka Bay. The crew and ship were still technically considered part of the Navy, with the war only ending shortly before that. Their role in that moment was law enforcement, inspection, mail transport and rescues. They were also a floating court and were able to give medical care to those in need.

After a full day of training, the crew was resting when they received a distress call from a newer settlement on Unalaska Island. They reported a severe outbreak of the Spanish Flu. The Coast Guard didn’t hesitate; they planned to get underway at dawn. Although they would receive another distress call from a settlement in Bristol Bay, the captain made the decision to head to Unalaska Island first.

When the crew made their way off the ship, they were shocked. It was if the entirety of the settlement had been infected with the Spanish Flu, the doctor included. They also discovered that all but one operator of the small U.S. Navy radio station had it as well. The coastie crew of the USS Unalga was their last hope of survival.

With that, the 80 coasties dove in. Pharmacist’s Mate First Class E.S. Chase, Lieutenant Junior Grade Dr. F.H. Johnson and Lieutenant E.W. Scott (a dentist), were the only men on board with advanced medical training. Despite that, they were all in. For over a week they were the only resource of support for Unalaska with nothing but cloth masks to protect themselves.

The captain made the decision to utilize the food on board to feed the entire town. At one point, they were providing up to 1,000 meals a day. The coasties even built a temporary hospital with pumping and electricity that was powered through the ship’s own power plant.

Without the proper protective equipment that today we know is critical, many of the crew fell ill themselves, including the captain. Despite this, they charged on and continued working. Although the 80 coasties fought to save everyone, they did bury 45 villagers who succumbed to the Spanish Flu.

The crew was not only caring for the ill, but for the children of those who died because the orphanage became full. Without their willingness to step forward, the children were at risk of dying from starvation, the elements and even documented feral dogs that were roaming the island. Some of the crew even made clothing for the children.

On June 3, 1919, the Coast Guard Cutter arrived to support their efforts. With both crews nursing and caring for the sick, recovery began. Due to the dedication of these coasties, the mortality rate of the village was only 12 percent. The majority of Alaska was at 90 percent mortality. At the end of the Spanish flu, around 3,000 Alaskans lost their lives, most of them natives.

Thanks to these coasties, this village was spared that fate.