These common foreign words were adopted into the English language 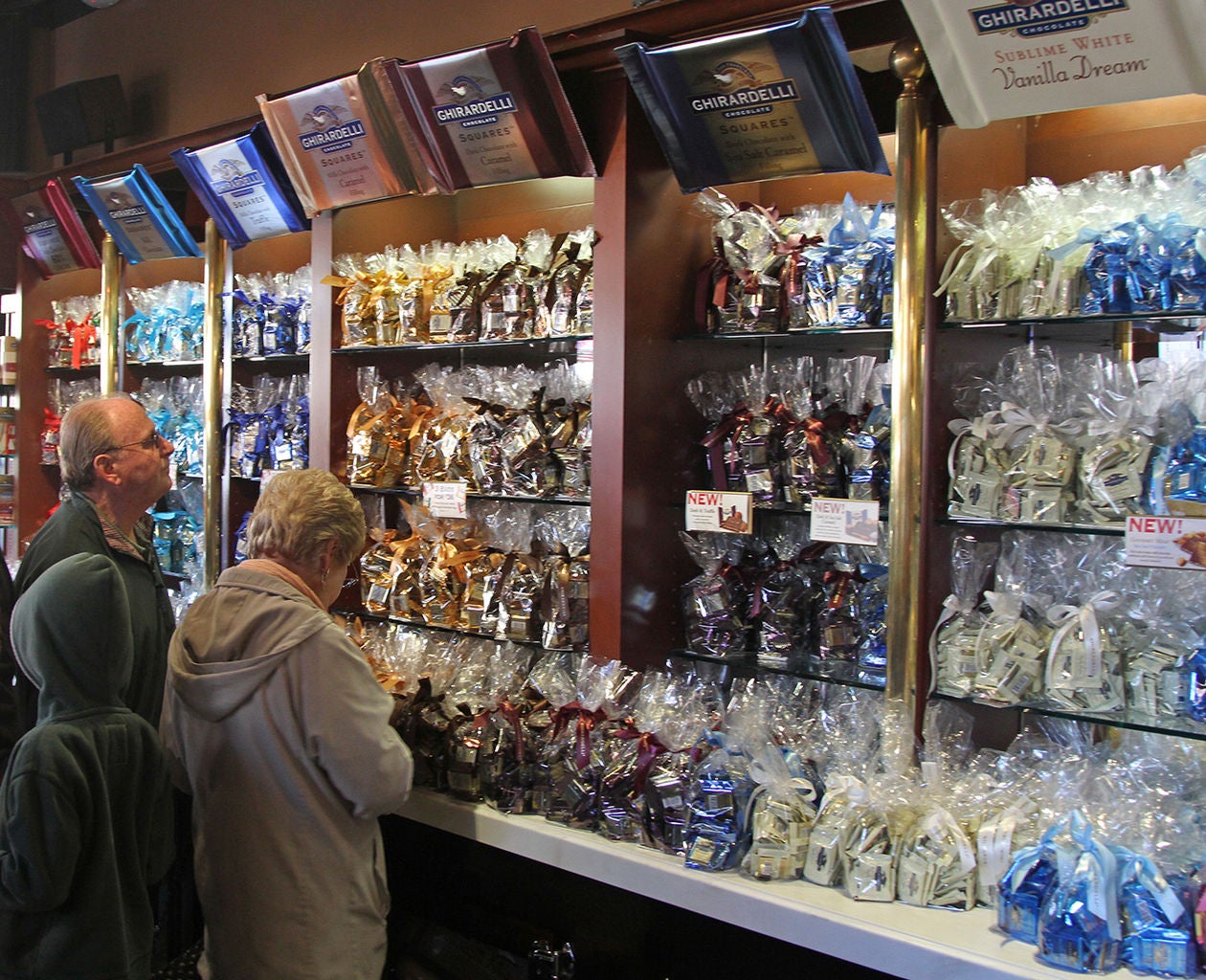 Inside the Ghirardelli Chocolate Company shop at Ghirardelli Square, near the corner of North Point and Larkin St. San Francisco, California, USA. (Wikipedia).

Some of the words we presume as English are actually borrowed from other languages like Japanese, French and Spanish. While the exact number of words adopted still remains a mystery, most linguistics have given a rough estimate of more than a million words. It is even harder to point out the number of words we can claim as original English language words. The loanwords are so woven into our vocabulary that we barely notice they are not of English language origins.

Undoubtedly, most Americans love chocolate but that does not mean the word is English. Chocolate is a loanword from Spanish through Nahuatl, a language spoken by people from central Mexico during the period of the Spanish conquest. In Spanish, chocolate is used to describe a beverage prepared by heating cocoa using milk or water. It is more or less like hot chocolate.

Most of the clubs that offer karaoke nights have Japan to thank for the innovative idea. A karaoke is a machine that enables people to take turns while singing popular song lyrics inscribed into the machine. It comes with a microphone and prerecorded baking tracks to make the activity more enjoyable. Karaoke combines two Japanese words; kara meaning empty and okesutura meaning orchestra.

Genre in English is used to describe a work of art containing specific characteristics and style. For instance, in movies we have genres like romance, comedy and romance. The word genre was adopted from French but in that language, it means gender and could also mean type, explaining its context in English.

Kindergarten in English describes a children’s class where they are taught the basics. It is the class between first grade and preschool. The word was loaned from German where it means a children’s garden. This concept was coined in the 19th century by a German educator.

An entrepreneur is an innovative business person who takes risks to ensure profitability in their business. The term entrepreneur was borrowed from French where it is known as entreprendre, meaning to undertake as an entrepreneur. This explains the concept in English because being an entrepreneur means that you have to own an enterprise.

In English, a mosquito is an insect that sucks blood from humans and animals. Mosquitoes can spread some diseases including malaria and elephantiasis. Even though the term is primarily known as an English word, evidence shows that it was lifted from Spanish. In Spanish, mosquito means a small fly.

A vigilante is someone who willingly volunteers to fight or reduce crime by taking matters into their hands. Vigilantes rarely include the parameters of law in their operations and are sometimes viewed as lawbreakers. Vigilante entered our lexicons in the 19th century and was borrowed from Spanish. In Spanish, the term means a guard or watchman and can also be traced back to Latin, meaning to keep away.

A sofa is what we commonly term as a couch, a piece of furniture mainly situated in living rooms. The word was adopted from a Turkish word that means a raised section of the floor with a carpet and pillows. The Turkish term was also borrowed from the Arabic word suffah, which means a wood or stone bench.

In English, cookies are small, biscuit-like snacks that are cooked with raisins and usually are hard. Even though English people love cookies, the term was borrowed from Dutch, which implies little cakes.

Lemon is a yellow citrus fruit pumped with vitamin C and other valuable nutrients. To Marines, it is a yellow-colored beverage powder with a suspiciously long expiration date. The fruit word was borrowed from Arabic where it has the same meaning. Lime was also loaned from the same language, also another beverage powder but green.