WATCH: NASA crashed a spacecraft into an asteroid in a planetary defense test - We Are The Mighty

WATCH: NASA crashed a spacecraft into an asteroid in a planetary defense test 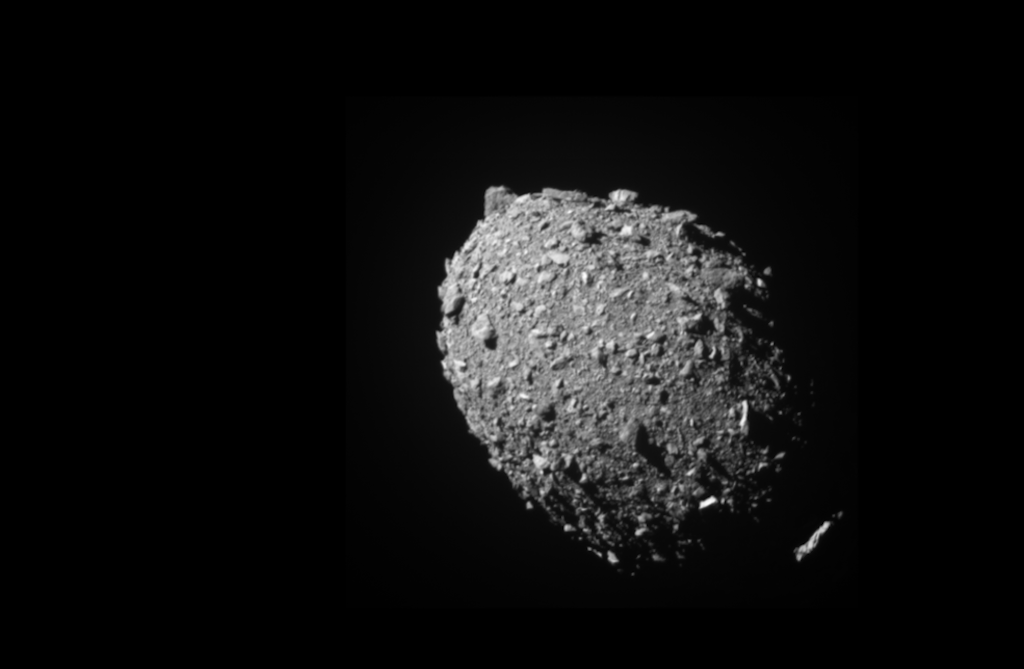 It sounds like something out of science-fiction, but it’s very real. In 2021, NASA launched its Double Action Redirection Test from Vandenberg Space Force Base, California and sent it on its way to intercept the asteroid Dimorphos 7 million miles from Earth. At 530 feet wide, the asteroid served as a test target representing an asteroid on a collision course for Earth. NASA stresses that Dimorphos “is NOT a threat to Earth before, during or after the impact event.”

At 7:14pm ET on September 26, 2022, DART intentionally crashed into Dimorphos. The successful collision was reported by mission control at the Johns Hopkins Applied Physics Laboratory in Laurel, Maryland. In NASA release, it was noted that “DART’s impact with the asteroid Dimorphos demonstrates a viable mitigation technique for protecting the planet from an Earth-bound asteroid or comet, if one were discovered.” DART is a part of NASA’s overall planetary defense strategy.

Carrying no explosive payload, DART’s kinetic force is responsible for altering Dimorphos’ orbit around the larger asteroid, Didymos. DART collided with the asteroid at roughly 14,000 mph. Following DART’s impact, an investigation team will observe Dimorphos to confirm a change in its orbit. “Researchers expect the impact to shorten Dimorphos’ orbit by about 1%, or roughly 10 minutes; precisely measuring how much the asteroid was deflected is one of the primary purposes of the full-scale test,” NASA said.

DART’s successful impact represents a momentous accomplishment for NASA and all mankind. “Planetary Defense is a globally unifying effort that affects everyone living on Earth,” said Thomas Zurbuchen, associate administrator for the Science Mission Directorate at NASA Headquarters in a NASA release. “Now we know we can aim a spacecraft with the precision needed to impact even a small body in space.” Further highlighting the international effort of DART, the European Space Agency’s Hera project will survey both Dimorphos and Didymos in four years to examine the crater left by DART and precisely measure Dimorphos’ mass.

In recognition of NASA’s accomplishment, Google has introduced a fun animation. A search of “NASA Dart” includes an image of the spacecraft flying across the screen and impacting it, causing a shift in the page’s angle; a fitting nod to such an incredible scientific achievement.