This combat veteran made a 9/11 memorial out of neckties 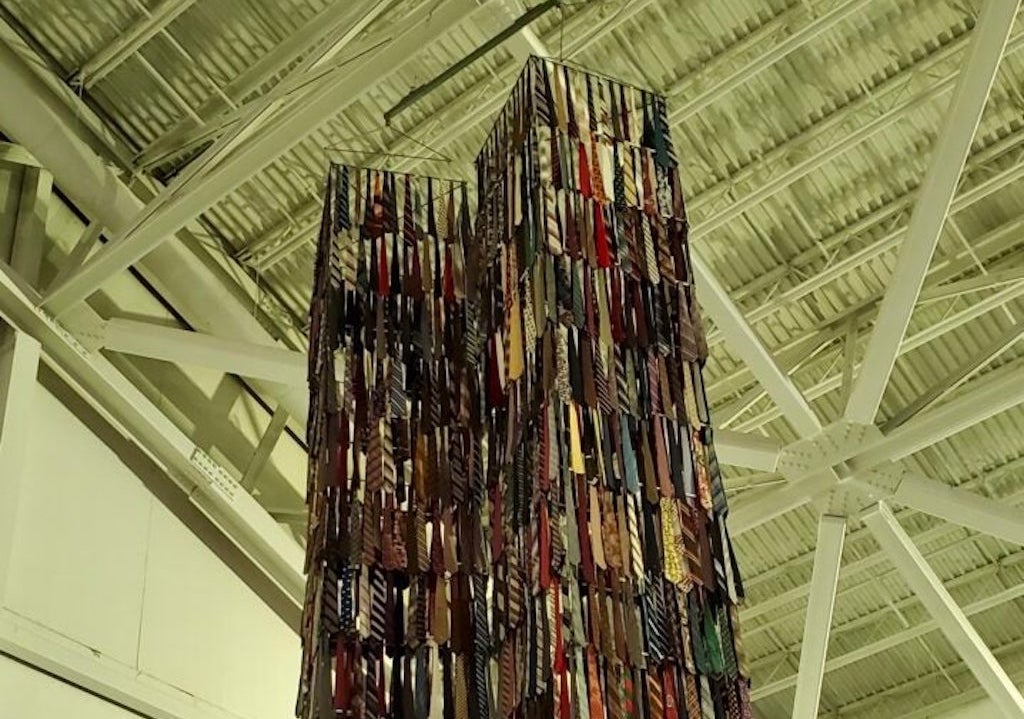 The terrorist attacks on September 11, 2001 impacted Americans across the country and around the world. For Army veteran Greg Laakso, the attacks inspired an unconventional work of art to honor the victims on that fateful day.

Laakso graduated from the University of Nebraska-Omaha with a Bachelor of Fine Arts in Sculpture. He is also a veteran of two combat tours in Iraq, having served in the U.S. Army and the Nebraska National Guard. Just a few months after 9/11, Laakso designed and constructed his tribute to the victims of 9/11 which he calls Tie Towers.

Using his perspective as a citizen, as a soldier and as an artist, Laakso created Tie Towers as a visual representation of those who lost their lives on 9/11. The piece consists of 1,452 neckties hung from a steel wire frame. As described on the piece’s description plaque, each tie represents a life lost in the collapse of the North Tower of the World Trade Center. However, Tie Towers is made up of two columns representing both of the Twin Towers.

The 28-foot-tall sculpture is on display at the Strategic Air Command & Aerospace Museum in Ashland, Nebraska. According to the cultures plaque, Laakso actively works in the Omaha area.