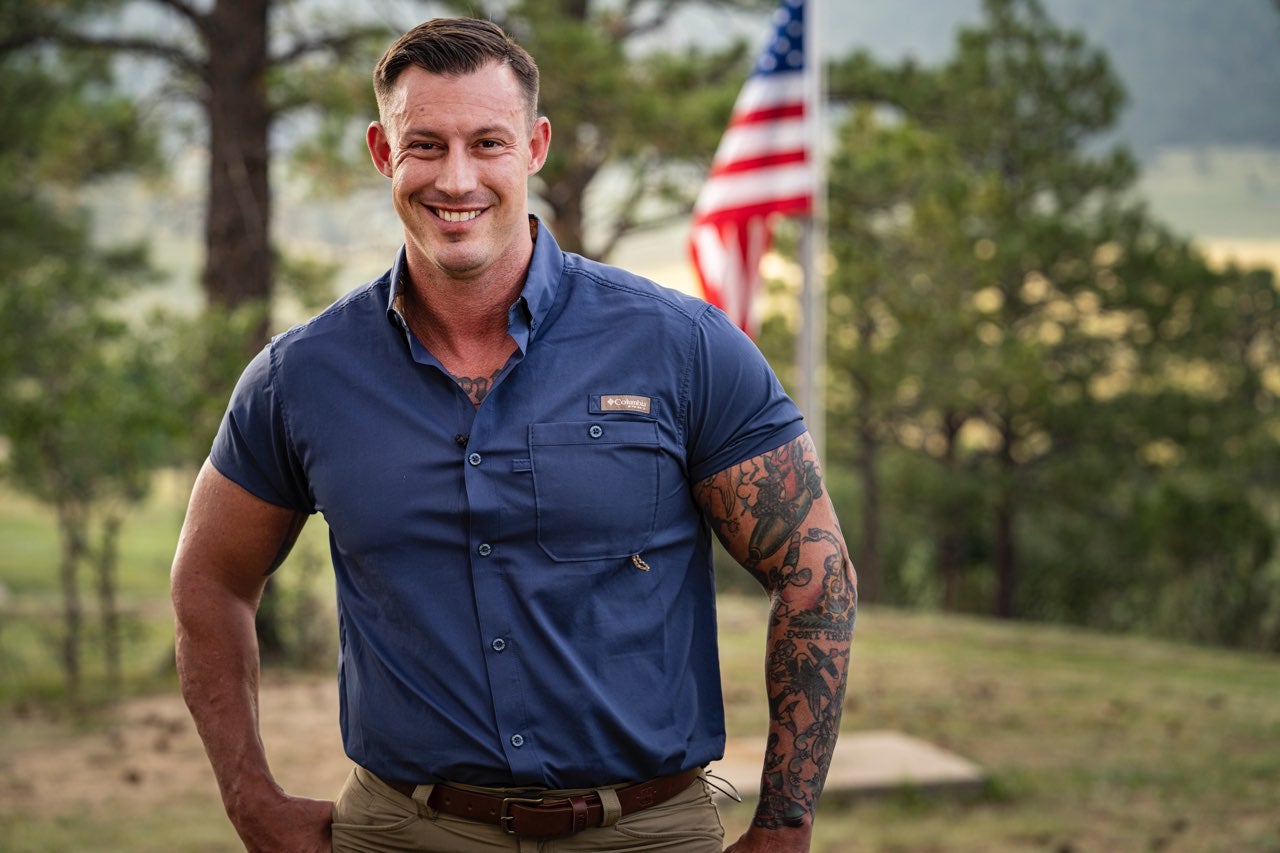 When Fox Nation decided to create USA Ink to explore the timeless history and art of tattooing, they knew just who could host it: a Marine, of course.

Retired Marine Corps Staff Sgt. Johnny Joey Jones is no stranger to the Fox Television Network or tattoos and he has been a contributor for Fox News since 2019. He’s also the host of their popular hunting show Fox Nation Outdoors which airs on their streaming service. But Jones’ journey to a career in television is nothing short of extraordinary.

The Georgia native tried attending college after graduating high school but it just wasn’t for him, he said. He made the decision to enlist in the Marine Corps and Jones said he was changed down to his core. “You quit thinking ‘Can I do this?’ and start thinking ‘Let me do this.'” he said.

Jones deployed to Iraq not long after he became a Marine and it was there he decided he wanted to become an EOD Technician. In August 2010, Jones deployed once again, this time to Afghanistan. It was his job to find and dispose of improvised explosive devices. They found about 50 of them over their first five days in Safar, Afghanistan’s Helmand Province.

Initially, their sixth day searching a bazaar in Safar came up empty, other than finding bomb making materials. After taking a breather and readjusting the 110 pounds of gear he was wearing, Jones stepped right, unknowingly right onto an IED.

“I try not to spend too much on my service story because there’s thousands of us who have lost legs like I did or worse,” Jones said. Staff Sgt. Eric Chir was injured by the flying shrapnel from the IED blast and Cpl. Daniel Greer, a Marine reservist and firefighter, would eventually lose his life due to brain trauma.

Jones said during his recovery at Walter Reed he knew he’d need to find a new path, since he knew his days of dismantling bombs for the Marine Corps were over. He was challenged to be open about his story and use it to create a new purpose.

After completing his medical recovery, he enrolled in Georgetown University. Jones then earned his own internship by continually showing up on Capitol Hill and introducing himself to members of Congress. His continual discussions about veteran issues and persistence paid off, creating significant policy change for wounded service members.

President Obama even invited him to the White House.

After being deployed to Afghanistan, Jones reconnected with his high school sweetheart. They married while he was attending college and winning the hearts of congressional members everywhere. After graduating with his bachelor’s degree in 2014, he dove into nonprofit work with Boot Campaign as their chief operating officer in Texas.

Through his years of experience on Capitol Hill, policy work and speaking engagements, Jones said he was feeling good. “That’s what’s cool about it…there’s so many of us who have served in this war and we’re still out there doing everything,” he said.

His everything led to a small role in a movie and eventually, Fox. “That’s a good bucket to pull from if you are going to go on national television to talk about issues that either divide people or people just have a hard time understanding. All of that prepared me and then Fox opened the door,” he said.

Although you will often see Jones contributing to political or news-related discussions on Fox News, he’s even more passionate about Fox Nation and the variety of programming the network has created through their streaming service. “The first opportunity was Fox Nation Outdoors which is my hunting show and then this came through. I just fell in love with this concept,” he shared.

Tattoos have been around for over 5,000 years. On USA Ink, Jones introduces viewers to “Iceman,” the 5,200 year old mummy with some incredibly impressive and long lasting ink. Despite popular assumption of tattoos in the military being a relatively new phenomenon, the practice actually took root during the Revolutionary War.

When the British continually disregarded sailors’ citizenship papers, they began inking their personal identification information on their bodies. They did this to prevent illegal recruitment into service. Although our armed forces no longer have to worry about that, tattoos have evolved and become so much more than identifying markers.

By the 1900s, it was illegal in some cities and done underground. “The purpose of the show is to show the history of tattoos in America but do so in a way that shows how society has changed to accept tattoos,” Jones said.

Tattoos are now utilized alongside advanced medical technology and a prevalent part of American culture. The practice has also become a source of healing and storytelling for those wearing them. This is especially true for our Armed Forces.

“Tattoos in the military have had this love/hate relationship. The people serving in the military love them but the people in charge of the military do not,” Jones said with a laugh. “The place that tattoos hold in our lives as service members and warriors, I think leadership needs to understand that.”

Jones’ entire left arm is dedicated to those he’s lost during various operations of the ongoing War on Terror. “I put those on my skin so they don’t fester in my heart,” he explained.

Another unexpected cool part of the show? Viewers will get to watch the process of Jones’ getting a tattoo by another veteran throughout the five-episode series.

Before doing USA Ink, he had his own assumptions about tattoos in certain areas of the body. His experience filming the show changed him. “Doing the show really caused me to pause and think…if tattoos are one of the places where we misjudge people, what are all the others? Could tattoos be the place where we could really learn about people?” he said.

It’s that thought provoking approach that is driving Fox Nation programming, Jones explained. “It is a genuine attempt to connect with folks beyond the things that divide us and instead the things that make us who we are…I just think that’s amazing.”

From now until May 31, 2021 Fox Nation is completely free to active military and veterans as a part of Fox’s Grateful Nation initiative in honor of Memorial Day. USA Ink will debut on May 28, 2021. Click here to grab your free year of streaming.