Here’s how astronauts do their laundry in space 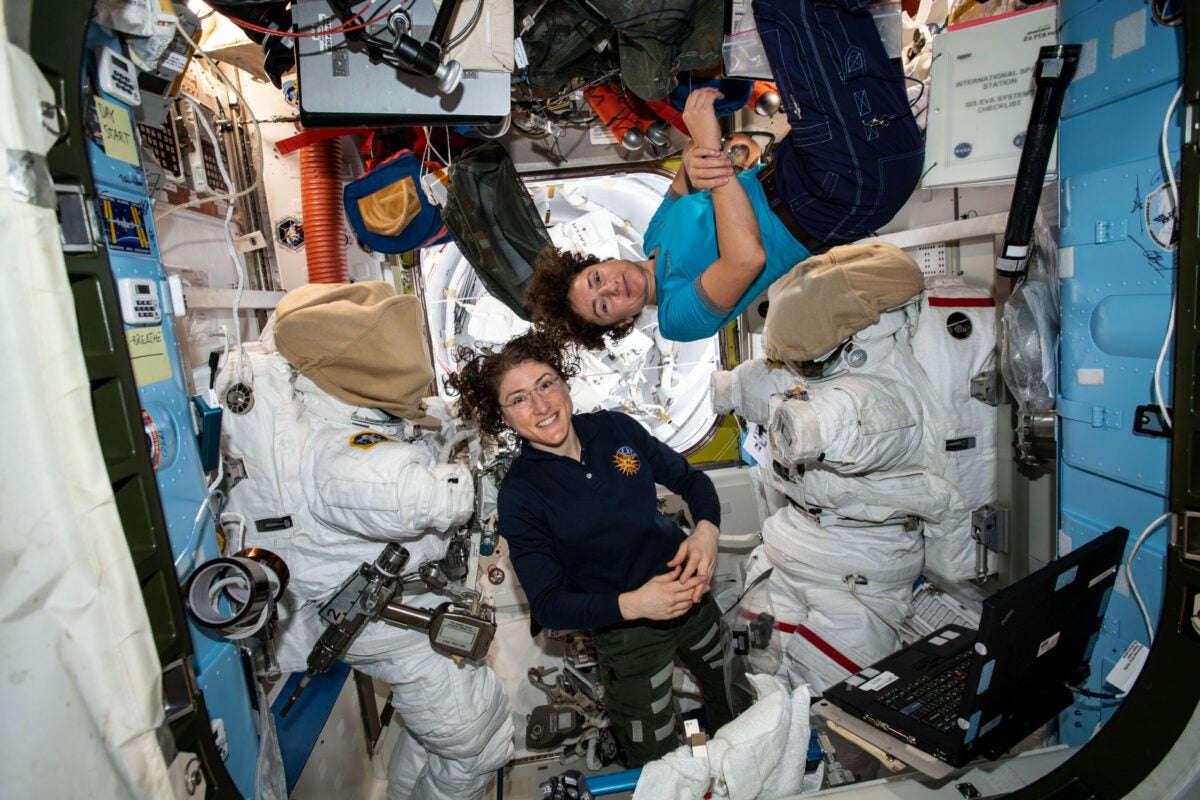 Picture this: you’re gearing up for a trip to space. You’ll be gone roughly six months, which means you’ll need a cool 180 pairs of underwear or so packed in your suitcase. That’s before you even get to clothes. Add in shirts, pants and socks and you’re quickly racking up a packing volume that simply won’t fit. Shipping costs a slick $7,500 per pound; unfortunately, there’s no affordable “if it fits, it ships” option into space.

So what’s left? They can’t take it with them, they can’t have it shipped in – instead, they make what they have last. In most cases, that means wearing a pair of underwear for three days to a week. Longer for items like shorts and shirts. Yes, you read that right. The same clothes are worn for days on end. Some items make it longer than others, with daily uniforms making it more than a month before they’re changed out.

Are you grossed out yet? Before you start turning up your nose at these astronauts’ methods, consider a few of the variables. They’re in a space with a cool, controlled temp, so there’s minimal sweating. Little physical exertion is needed for most for daily movements. The training they do to keep muscles working is scheduled, meaning they can change before doing their anti-gravity exercises.

There’s less sweat, less grime and fewer chances of getting dirty. Think about it: they can’t even drop sauce on their shirt.

However, the workout clothes are said to get pretty gnarly. After a week of exercise, astronauts said the clothes stand on their own and smell “toxic” from their sweat.

Where do the clothes go?

But that still leaves the question of what actually happens to clothes once they’ve been worn. There are a few options. Because reentering the Earth’s atmosphere is such a tight science, space is key. Packing the dirty clothes simply isn’t on the docket for the journey home. Instead, astronauts have to get creative with their laundry.

One method is to simply shoot clothes into the atmosphere — yes, littering with the laundry. They collect it, along with trash, and place it on an unmanned aircraft that shortly before had delivered supplies, and is now no longer usable called The Progress. It’s “de-orbited” from the Space Station and sent on a path where it will burn in the Earth’s atmosphere. No word on what these three or four trips per year do for the environment.

Another option is to use the soiled clothing for plant nutrients. There is no soil in space, so in order to sprout seeds, astronauts have been known to use their dirty laundry that contains nutrients to sustain the plants. Gross… but interesting that this works!

Will the technology exist in the future?

It’s unlikely that traditional laundry machines will soon (or ever) exist on the International Space Station. Due to the amount of water that it takes to clean clothes, scientists say it’s simply not feasible. It’s also not a practice that’s cost-effective. However, with more travelers heading to space, and for longer periods of time, NASA said the current method is too wasteful and needs to be reevaluated.

In recent months they’ve partnered with Procter & Gamble (P&G), the owner of Tide, to create space-safe technology. The company will start testing alternative methods of cleaning clothes in space, including a type of machine that uses minimal water and soap. New types of detergent will also be tested to lengthen clothes’ lifespan and stay clean without gravity.