How a case of hemorrhoids might have changed Europe forever 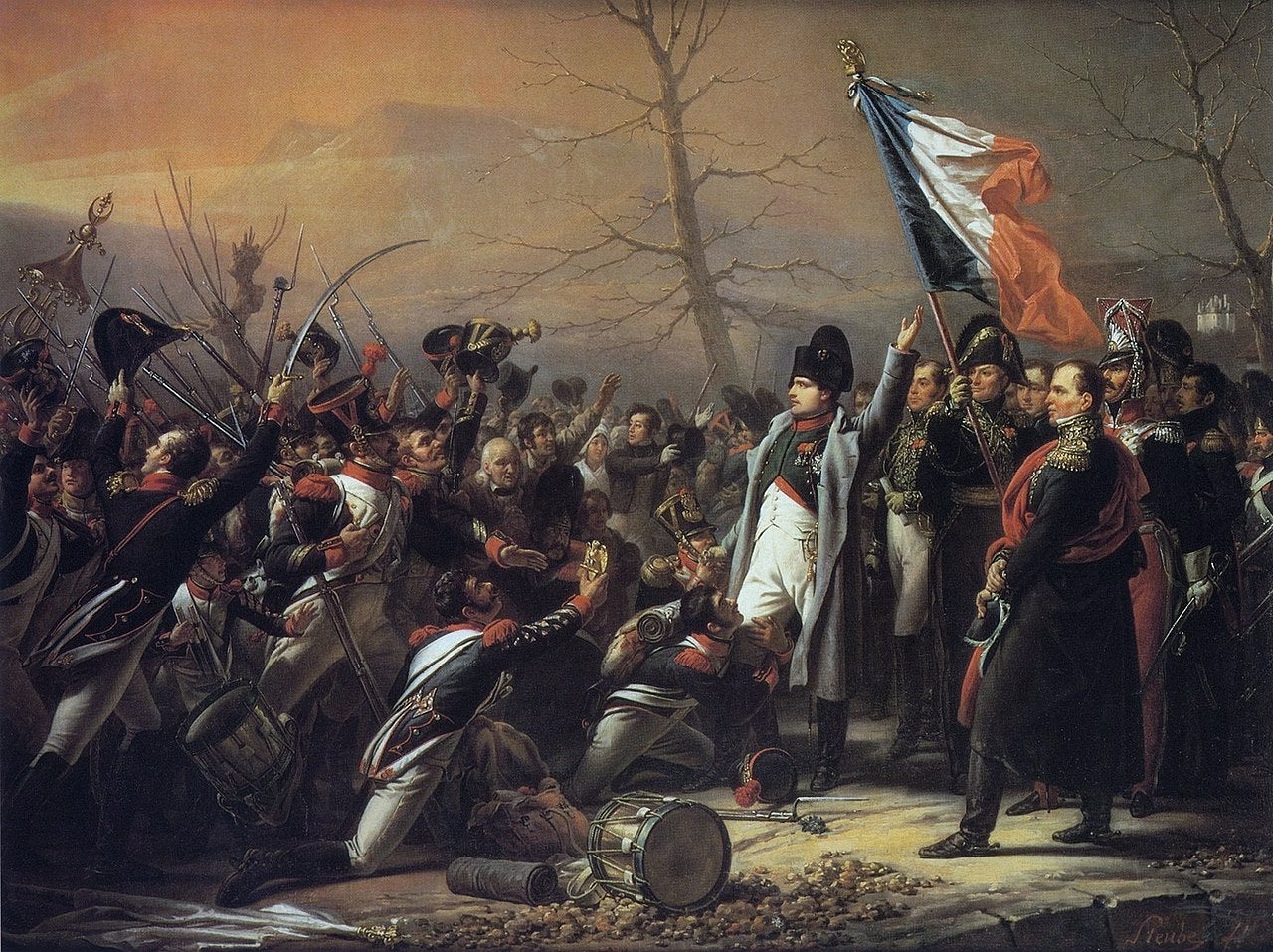 Napoleon greeted by the 5th Regiment at Grenoble, 7 March 1815, after his escape from Elba. (Wikimedia Commons).

A sense of purpose and a new mission are important for any veteran after their time in service ends. This is one of the reasons transitioning to a civilian can be so hard. It may be true for all veterans but one historical figure is a prime example of just how detrimental inactivity can be after leaving the military.

When Napoleon was finally defeated (for the first time) in 1814, he was exiled to the island of Elba, cut off from his forces, his country and his loyal citizens. The Bourbon King Louis XVIII took his place on the throne of France. But Napoleon wasn’t destined to die on Elba.

While the Coalition Allies who had unseated the emperor and sent him into exile were arguing about what a post-Napoleonic Europe would look like, the man himself escaped the island and landed in Marseilles. He landed with 1,000 men and met no resistance on his way to Paris, gathering supporters along the way. When he arrived, the king fled and Napoleon was once again the master of France.

He had little time to change much, although he tried anyway. The nations of the Coalition that had sent him to Elba gathered their forces once again. Napoleon called up his armies to come to the defense of France. The emperor also decided he wouldn’t just defend France’s borders, he would go on the offensive. His goal wasn’t to crush the enemy armies, but bring them to the peace table and leave himself in power.

Belgium was his first stop. He hoped to defeat the British troops while they were thinly spread and largely unready for European-style combat. They unseated Prussian defenses, held the British at Quatre Bras and soundly defeated the Prussian army at Ligny. The French army then set its sights on Waterloo.

Waterloo, as everyone knows, was a disaster for the French. The British held off repeated French attacks and were able to link up with a Prussian force that had escaped a weaker French force near Wavre earlier in the day. The battle turned into a rout for the French and Napoleon was forced to retreat to Paris.

The Battle of Waterloo has been digested over and over again in the decades since the outcome of it. Much has been discussed about Napoleon’s judgement and performance, especially compared to his earlier victories in the face of similar odds. The difference at Waterloo compared to other battles, might be the emperor’s fading health.

While on Elba, the usually vigorous and hardworking former artillery officer was noticeably depressed. Although on the island for just a little more than 9 months, Napoleon began to go gray, look more aged, and gained a bit of weight due to inactivity. He also began to experience health problems, including the inability to urinate, and he picked up a harsh case of hemorrhoids.

The French Emperor was basically falling apart with nothing to do but sit and think about what might have been if he was still the leader of France. Maybe if he knew escape was possible before he decided to actually do it, he might have taken better care of himself.

At Waterloo, those hemorrhoids might have had a huge impact on the battle. The emperor, in command of his forces, was unable to sit on his horse for long periods of time. This means he was also unable to get a good survey of the battlefield and the battle itself as it unfolded.

Napoleon’s command style in the days before his exile was one that allowed him to make fast and significant adaptive changes to the way his troops were fighting during a battle, which allowed the French to take advantage of an enemy’s mistakes. If Napoleon couldn’t sit on his horse, he couldn’t see the battle, nor could he adapt to the changes. He was doomed to failure.