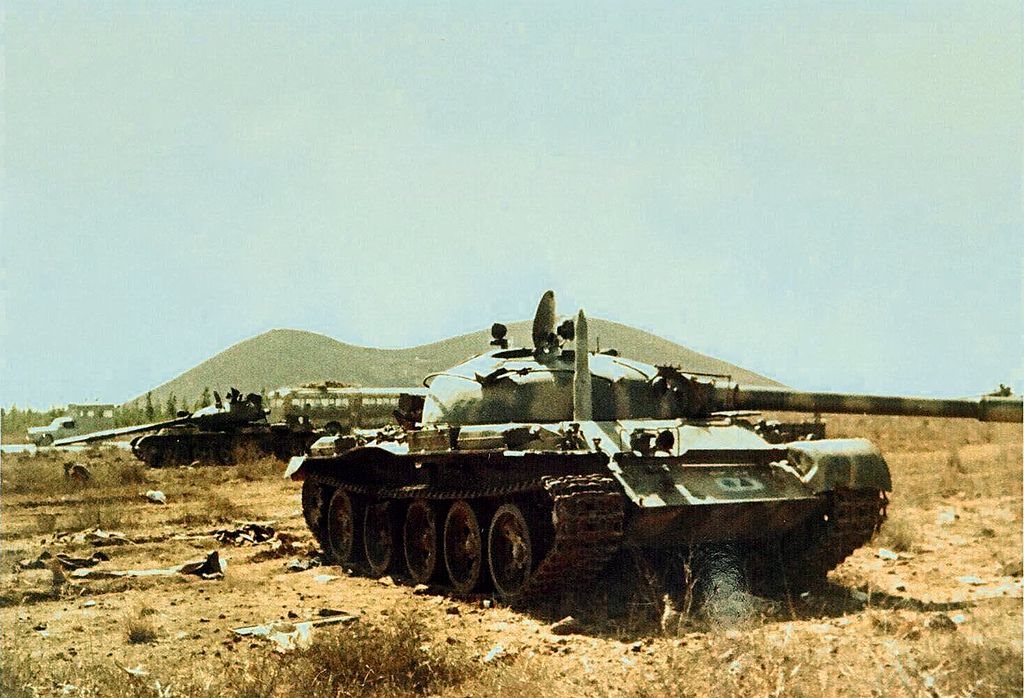 The “Zvika Force” isn’t an official Israel Defense Forces unit, but you’ll likely find it in every Israeli military history book. If it’s not, it probably should be.

Zvika Greengold was an Israeli Army officer home on leave and ready to take a leadership course for officers in his rank in 1973. Little did he know he would get a crash course in that area, as Syrian tanks rolled over the border, parking the Yom Kippur War. He would also soon receive the Medal of Valor, Israel’s equivalent to the U.S. Medal of Honor.

On October 6, 1973, both Egypt and Syria crossed the UN lines separating their borders with Israel in an effort to recapture areas captured by Israel during the 1967 Six-Day War. If they completely defeated the IDF and rolled tanks into Jerusalem, that would be just fine with the Arabs.

Along the Syrian front, a young officer named Zvika Greengold was on leave and visiting home during Yom Kippur, the holiest day of the Jewish calendar. It’s a day where Jewish people around the world atone for their sins and forgive the sins of others. Greengold grew up on a Kibbutz (communal farm) in the Galilee area of Israel, adjacent to the Golan Heights, once controlled by Syria.

Greengold only realized something was up when he heard Israeli fighter jets streaking by overhead. Yom Kippur was not a day for any Israeli military exercises, so the idea of jets zooming by was highly unusual. When he learned that Israel was fighting off an invasion by both Egypt and Syria, he moved into high gear.

He hitchhiked to Nafekh in the Golan Heights, which held an IDF command center. With wounded men pouring into the center, no one was present to give orders to anyone. The scene was chaotic, so Lt. Greengold took command of the area. Despite his initiative, there was no way to get to the front. He noticed four damaged tanks in the post area and ordered mechanics to get to work on them.

After two hours of repairs, Greengold had a force of two tanks at his disposal. The Israelis radioed the tanks fighting on the front lines that “Zvika’s Force” was on its way to reinforce them. Little did they know it was just two Centurion tanks with skeleton crews. By 9pm local time, they were finally headed to the war.

The Zvika Force was headed into combat against an estimated 500-1,500 Soviet-built T-55 Syrian tanks. He had to get there and hold them off to give Israel’s reserve force enough time to advance past what they determined to be Syrian choke points that would make a counteroffensive nearly impossible.

After an hour of driving, he encountered his first enemy tank and blew it to smithereens. It was a cold comfort to the Israeli forces who were reporting shortages in fuel and ammo all along the front. Soon, five more fell to Zvika’s force. But his was damaged in the sixth engagement. He hopped over to the other tank and sent the first back to be repaired. Now it was one tank versus the advancing Syrian 452nd Tank Battalion.

He was outnumbered and he knew it but he used the darkness to conceal his numbers. Like an armored Muhammed Ali, he decided to stick and move all through the night. 10 more syrian tanks were lit up by Greengold and his crew. The Syrians began to think they were facing a massive Israeli counterattack.

So did the IDF. Israeli commanders believed that Zvika’s one tank in the desert was a relief company from the Galilee. For 20 hours, he fought on, soon being joined by an actual tank company. That tank company was nearly wiped out and Greengold was once again left with one tank.

Greengold believes he destroyed at least 20 tanks. Others believe he destroyed 60. In the end, his delaying action allowed the IDF to rally and reinforce its defenses, eventually pushing the Syrians back into their own borders.