How this fearless WASP slayed stereotypes during WW2 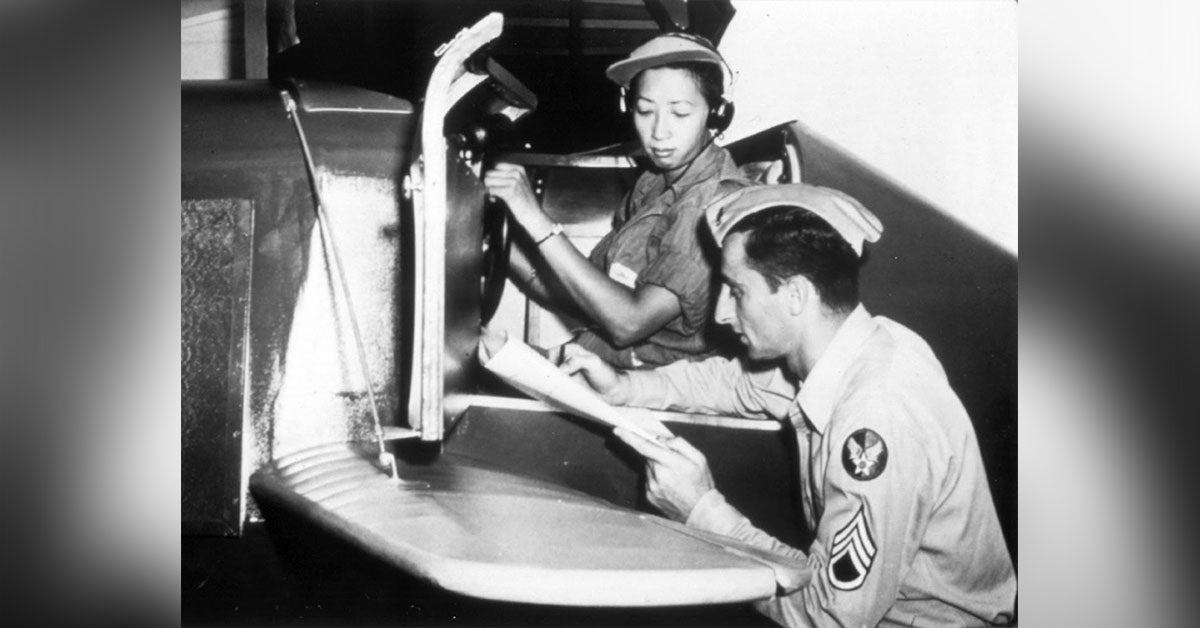 Hazel Ah Ying Lee was the first Chinese American woman to fly for the United States military and one of two Chinese Americans to serve as a Women Airforce Service Pilot (WASP) along with Margaret “Maggie” Gee.

Described as vibrant, fearless, and funny, Lee knew she wanted to fly from an early age. After high school she took a job in a department store to earn money for flight lessons, earning her pilot’s license in 1932 from the Chinese Flying Club of Portland, Oregon. When the Chinese Air Force rejected her from service due to her gender, she returned to the United States.

In 1942, she applied for the Women’s Flying Training Detachment, which would later merge with the Women Airforce Ferrying Squadron to become the WASP. In 1943, she began her six-month training program at Avenger Field in Sweetwater, Texas, where she learned to fly military planes. She emerged as a leader in her class and was well-liked by the other pilots. She taught them about Chinese culture and would write their names in Chinese characters with lipstick on the tail of the planes she flew. Throughout her military career, she would fly the T-6 and C-47, and became just one of 130 WASPs who trained to fly fighters like the P-47, P-51 and P-63, among other aircraft.

During World War II, WASPs delivered over 5,000 fighter jets to Great Falls, Montana, to help provide Russian allies with planes, which were then flown by male pilots to Alaska, where Russian pilots could pick them up and fly them home. In November, 1944, Lee received orders to deliver a P-63 Kingcobra from the Bell Aircraft factory in Niagara Falls, New York, to Great Falls. A mixup at the control tower sent Lee into the landing zone with a number of P-63s on final approach.

Lee’s plane collided with a P-63 flown by Jeff Russell, a US Army Air Force pilot who was working without a radio. Lee’s aircraft burst into flames. She was pulled from the wreckage but died as a result of her injuries two days later on Nov. 25, 1944. Within days, her brother Victor was also killed in combat in France. The two are buried alongside each other at Riverview Cemetery in Portland, Oregon. Adding to the family’s anguish, the cemetery staff informed them that Hazel and Victor could not be buried in the “white” section of the cemetery. War hero status meant nothing in the face of anti-Chinese sentiment.

WASPs were classified as civilians and received no military or funeral benefits until 1977 when President Jimmy Carter finally gave WASPs veteran status.