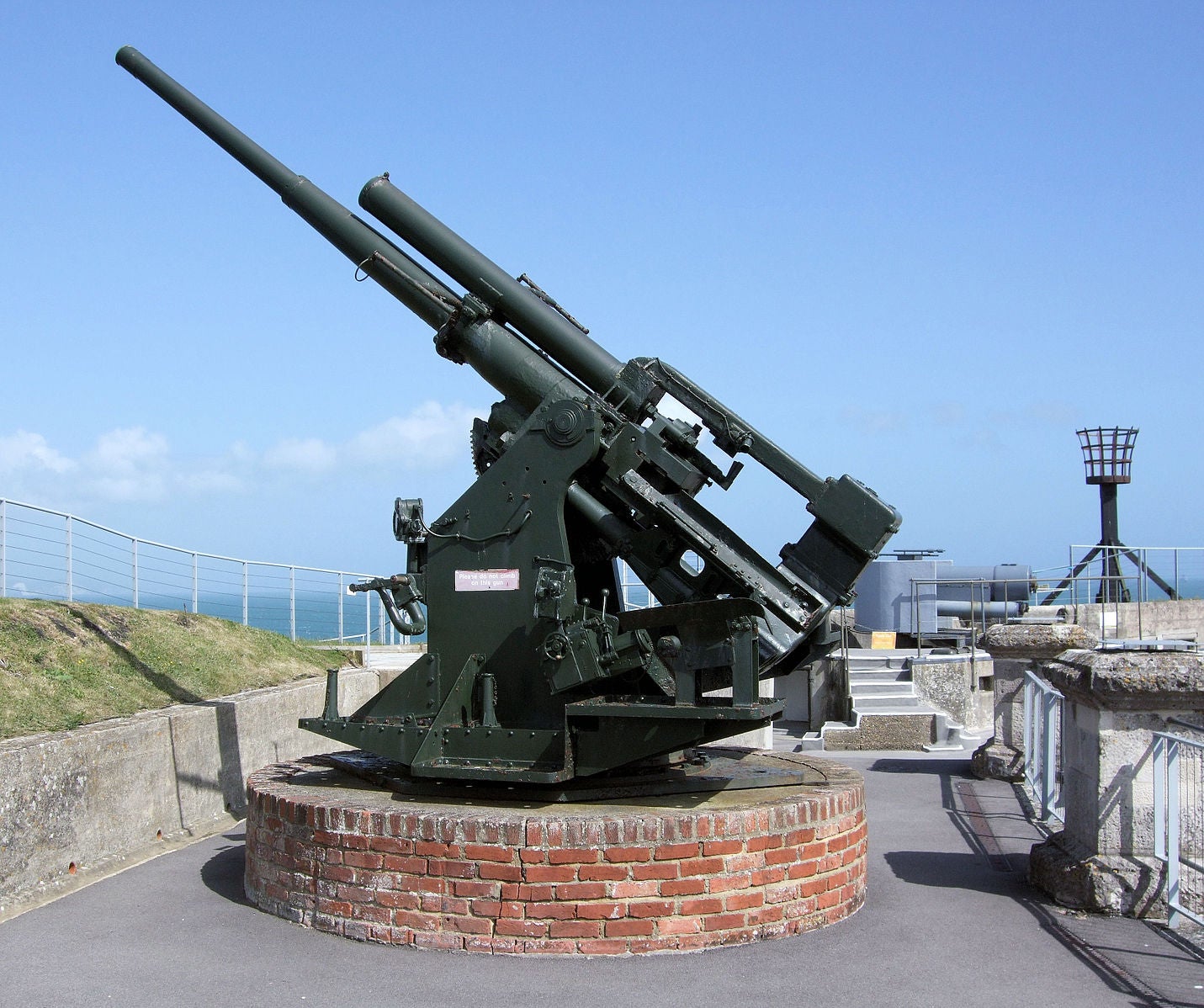 While most movies and TV series on the war over Germany in World War II focuses on the aerial duals between American P-51 Mustangs, British Spitfires and Luftwaffe fighters like the Bf-109, the Bf-110, and the FW-190, the bulk of the air casualties came from anti-aircraft guns, or “flak.”

Here’s how to put those losses into some form of perspective — during one bomber raid in October, 1943, three-fourths of the bombers suffered some sort of damage from anti-aircraft fire. The German guns ranged from 20mm auto-cannon to big 128mm pieces. Perhaps the most common was the German 88mm gun, which was not only a potent anti-aircraft gun, but also a lethal tank-killer.

The crewmen who had it worst from the flak were the waist gunners, who accounted for 21.6 percent of casualties. Bombardiers and navigators, who were stationed in the very front of the plane and who had only a glass nose between them and a very long drop, also had a bad time of it, accounting for 15 percent and 13.2 percent of casualties respectively.

The safest crew member was the ball turret gunner (5.5 percent), the pilot (7.7 percent), and co-pilot (6.6 percent), who together accounted for 19.8 percent of casualties).

They were most likely to be hit in the legs (44 percent of the time), followed by the arms (31 percent). The development of flak vests meant that only 9 percent of casualties were hit in the chest and abdomen, while 16 percent of hits were in the head.

You can see a video on how and why German flak was such a threat below.