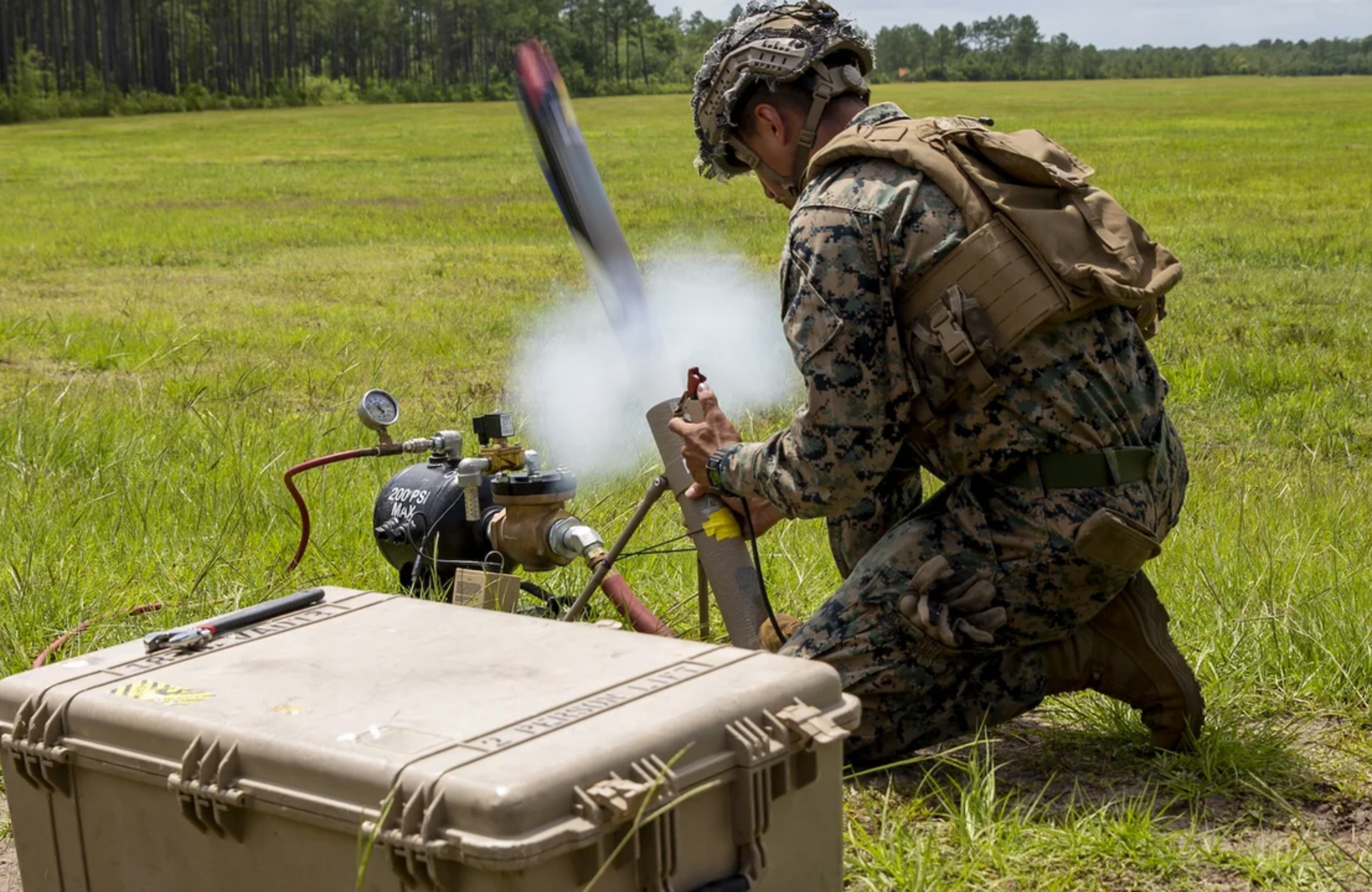 In May 2022, the United States announced it was sending more than a hundred Phoenix Ghost tactical drones to support the defense of Ukraine from the Russian invasion there. Although the U.S. has sent a lot of money and military aid to Ukraine in 2022, the announcement of the Phoenix Ghost unmanned aerial system was unique because no one had ever heard of it before.

It was an entirely new weapons program, never before revealed to the public, and the United States was sending it overseas for a trial by fire.

All that was really known about the Phoenix Ghost is that they are said to operate a lot like Switchblade drones, a backpack-sized loitering weapon used by the U.S. Army and U.S. Marine Corps since 2011. The U.S. has also promised 700 Switchblade drones to the Armed Forces of Ukraine this year.

Reports say the new Phoenix Ghost is drone-missile very similar to the Switchblade in many ways. After the official announcement, the Pentagon claimed the new UAV was designed for the Ukrainian Army after Russia’s February 24, 2022 invasion, but backtracked later, saying it was developed for a situation similar to what Ukraine is experiencing with Russia.

The Phoenix Ghost was designed for the flat, open lands of Ukraine’s Donbas region, which has been in conflict with the government in Kyiv since 2014. The Air Force’s Big Safari Office in Dayton, Ohio, an office tasked with making quick-turnaround weapons for special battlefield problems, created the Phoenix Ghost.

“The Phoenix Ghost was rapidly developed by the Air Force, in response, specifically to Ukrainian requirements,” a senior defense official told reporters. “This is a great example of adapting to their needs in real time.”

Pentagon Press Secretary Jack Kirby told reporters that there was much he could divulge for classification reasons, but he assured them it works, and it works very much like the Switchblade in a tactical capacity, what he called a “one-way punch.”

The Switchblade is a tube-launched drone that can be mounted on vehicles or deployed by soldiers in combat. They are then guided to a target by a remote control, like a maneuverable missile that can make turns. Any improvements to a Switchblade drone would be best served by increasing its range, explosive power, or flight time to give ground forces a chance to make the most impact against the enemy.

Other improvements could include drone cameras and navigational systems that could give Ukrainian fighters a better sense of the surrounding terrain and who or what is attempting to hide or traverse across it. If the Phoenix Ghost includes those kinds of upgrades, then it could lead to more precise attacks on armored vehicles.

The Ukrainian armed forces will need an increased range in their new drones  in order to make counteroffensives against Russian troops. The Switchblades are effective against entrenched Russian positions and armor who might be stuck in a miles-long traffic jam, but pursuing enemy forces while they’re on the run while using a short-range drone might be limiting.

The United States Air Force finished its first round of Phoenix Ghost training courses with Ukrainian operators in Germany on May 6, 2022.20 Ukrainian soldiers completed the training and are assumed to have returned to the fighting in their country with the new weapon in hand.