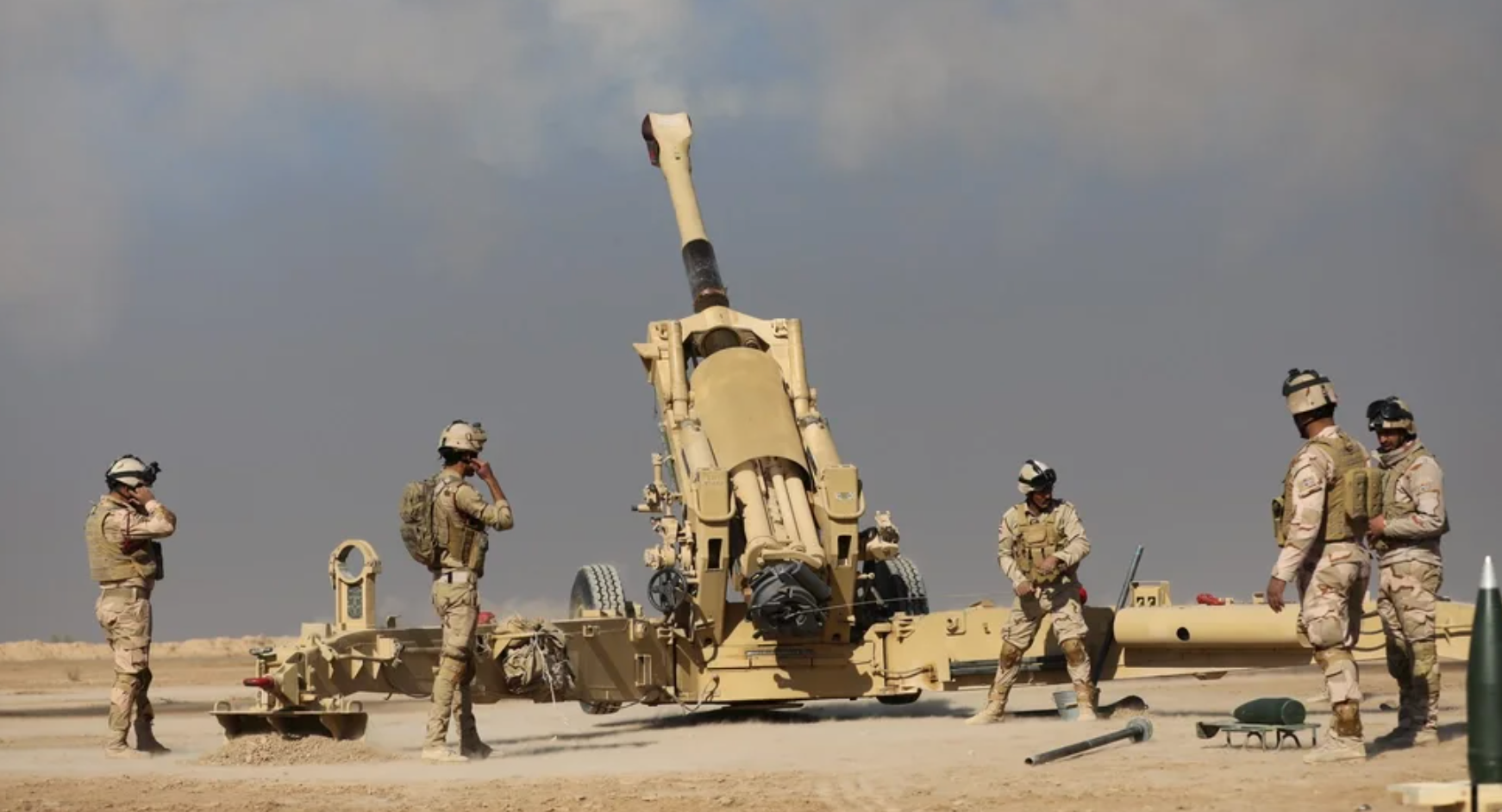 Although unspecified, the towed 155mm howitzers are likely M198s which were previously provided to the Iraqi military (U.S. Army).

On April 13, 2022, President Joe Biden announced that his administration authorized an additional $800 million in military assistance to Ukraine. Following a phone call with Ukrainian President Volodymyr Zelenskyy, President Biden released a statement from the White House detailing the assistance package.

Notably, the latest batch of military aid from the US includes 18 towed 155mm howitzers and 40,000 rounds to go with them. “This new package of assistance will contain many of the highly effective weapons systems we have already provided and new capabilities tailored to the wider assault we expect Russia to launch in eastern Ukraine,” President Biden said in his official statement. To compliment the artillery, the US is also sending 10 AN/TPQ-3G counter-artillery radar systems to Ukraine.

Following Australia’s donation of 20 Bushmaster armored vehicles, the US is sending Ukraine 200 M113 armored personnel carriers and a further 100 armored multi-purpose vehicles. In addition to the ground vehicles, 11 Soviet-era Mi-17 Hip transport helicopters are going to Ukraine. The US previously sent five Mi-17s according to a statement from Pentagon Press Secretary John Kirby.

To facilitate Ukraine’s continued defense against Russian armor and aircraft, the US is sending an additional 300 Switchblade loitering munition drones, 500 FGM-148 Javelin anti-tank missiles, and two AN/MPQ-64 Sentinel air surveillance radars. The Javelin and other anti-armor weapons have proven deadly to Russian armored columns throughout the conflict.

Finally, the US aid package includes unmanned coastal defense vessels, chemical, biological, radiological, and nuclear protective equipment, 30,000 sets of body armor and helmets, C4 plastic explosives, and M18A1 Claymore directional anti-personnel mines. “We tailored this list specifically to meet the needs that they have asked for with respect to what’s going on in eastern Ukraine,” Kirby said.

Previously, the US had been cautious about sending significant military aid to Ukraine for fear of provoking further Russian aggression. However, as the Russo-Ukrainian War drags on and claims more lives, western nations are stepping up their aid to Ukraine. Although Russian forces have been turned back on many fronts, a regrouped and renewed offensive is expected. “As Russia prepares to intensify its attack in the Donbas region, the United States will continue to provide Ukraine with the capabilities to defend itself,” President Biden said. In addition to government assistance, non-profit organizations like World Central Kitchen and the Tragedy Assistance Program for Survivors continue to provide aid amidst the fighting in Ukraine.