How Vikings ate while they sailed to plunder European villages 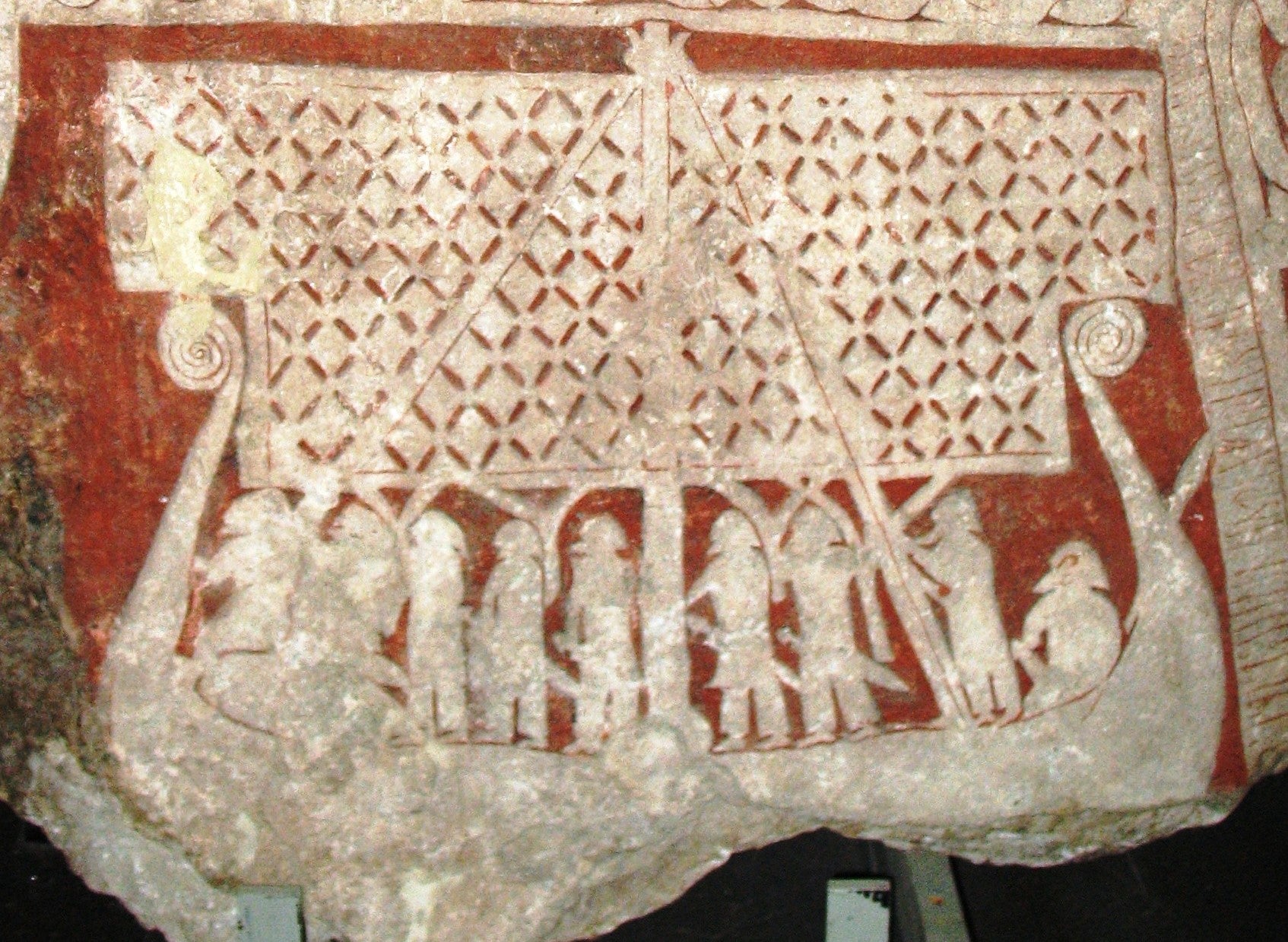 A Viking Age depiction from the Tjängvide image stone, on Gotland.

There are a lot of fad diets being thrown around these days, many with connections to the past. There’s the Paleo diet, drawn from the word paleolithic, which dictates people are supposed to only eat food consistent with the hunted or gathered food of Stone Age hominids. Then there’s the peasant diet, which is plant-based, and usually seasonal and cheap – only what a Medieval peasant might eat.

If either of these are of interest to you, you might consider that paleolithic men died out and peasants weren’t exactly known for their health and physique. Instead, why not try the diet of raiders who terrorized coastal cities across Europe for centuries: the Viking diet.

Not much is written about what exactly Vikings ate while on campaign, while sailing, or in a raiding party, but at least a handful of Viking sagsa do describe how the raiders managed to eat while out for a pillage: Eyrbyggerne’s saga from 11th century Iceland.

Aboard the Viking longboat, the members of a raiding party would draw lots for who had to cook for the rest of the crew, as there were no trained cooks among them. Every day, the Viking warriors would choose who would prepare that day’s food in this way.

A Viking warship did not have a dedicated galley, and thus had no means of creating a hot meal for the warriors who were sailing aboard, but some laws dictated how much each man would get and that the designated cook would go ashore three times a day to collect water and prepare the company’s food while the rest of the crew took the ship’s bearing.

Vikings called the shipboard provisions nest, farnest or hafnest, and it was usually a kind of porridge made in a large, metal, riveted pot. Some of these pots have been found aboard recent Viking shipwrecks.

According to another saga, that of Magnus Erlingssøn, the ship’s porridge was often made up of a kind of grain, flour, and butter. To bolster the porridge, Viking also might carry a supply of dried, fatty fish (like halibut or cod), and bread on board the ship. Meat was often rare and weren’t used in the ship’s food stores because vikings required permission to slaughter farm animals.

Viking law, according to Denmark’s Viking Ship Museum, required the amount of food for 12 men over 14 days’ time to be one ship’s pound of barleymeal and a large box of butter, which equals roughly two pounds of flour and little more than a half pound of butter, more than two pounds of food per man.

Aboard ship, the men drank water, with each ship capable of carrying hundreds of liters of water, as the laws required enough water for four liters per person, per day, taken from a trough. The men would drink from the trough and when the trough was empty, it would be refilled by the barrels storing the ship’s water.

Beer aboard ships was also rare, as it was reserved for those of nobility, most usually the king. When sailing too far from land to go ashore and refill stores, Vikings had supply ships sail with them in their raiding fleets.

If two pounds of barleymeal and butter was good enough for the Vikings to loot and plunder everywhere from the North of England to the Middle East, then its good enough to compliment your post-workout nutrition in American Midwest.