Byzantine emperors once called in special forces as bodyguards 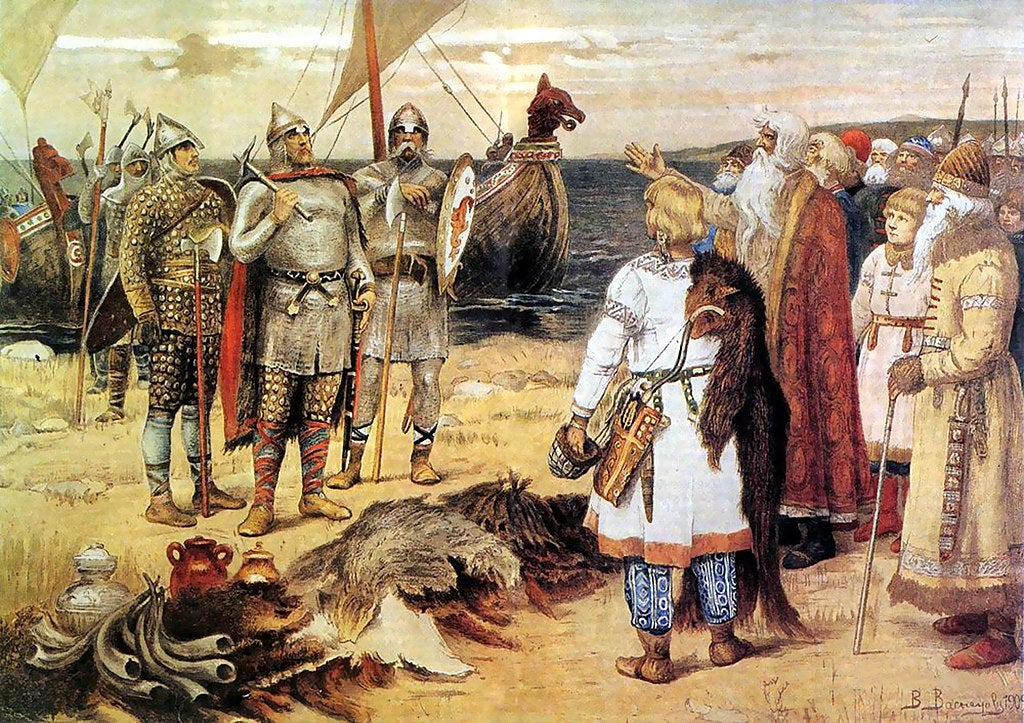 Viktor Vasnetsov, The Invitation of the Varangians: Rurik and his brothers arrive in Staraya Ladoga.

A full 80 % of what anyone needs in a bodyguard is intimidation. Protecting a VIP is easy when no one is attacking them. If you can intimidate any potential assassins from trying to kill you, then you might live a long, full life. The other 20% is having the combat skills to actually fight off anyone who does try to kill you, combined with the loyalty to not actually kill you themselves. With this in mind, the emperors of the Eastern Roman Empire (or later, the Byzantine Empire) found the perfect imperial guard by recruiting men from the conquerors of a state to the north: the Kievan Rus. Called Varangians – or “Men of Oath” – the mercenaries who protected the emperor for centuries were descended from Viking warriors.

The soldiers we call Varangians today came south from Scandinavia in the 9th Century to conquer and rule the Kievan Rus, an area that today encompasses parts of Belarus, Russia, and Ukraine. Despite having settled far from the coastline, the Viking warriors never lost their taste for raiding and plundering. They soon set their eyes on a jewel of a city to the south: Constantinople.

Unfortunately for the raiders, the city’s Theodosian Walls pretty much made any simple raid on the city useless. Even armies with advanced siege technology found it difficult to attack. The Vikings began to raid the countryside instead. The wealthy Byzantines, realizing that all the raiders wanted was to loot and plunder decided to buy them off… and they paid very well.

They paid so well, in fact, that it earned the empire the Vikings’ loyalty. Once they became an ally, they were allowed into the city of Constantinople itself and quickly fell in love with its beauty and grandeur. They began to call it “Miklagard,” the Grand City. As for the promise of adventure, battle and even more looting, the Byzantines had no shortage of enemies.

Once the Vikings’ boats were in the seas surrounding the Byzantine Empire, they went to work. The Vikings helped the empire conquer Crete in 945, then took the fight to the Arabs in the 950s. They were soon the elite warriors of the Byzantine Empire and were called upon for the toughest military adventures the empire had to offer.

When Byzantine General Bardas Phokas rebelled against Emperor Basil II in 988, The Kievan Rus sent 6,000 Norse warriors to Constantinople. When they arrived to meet Phokas in combat, his forces scrambled, the general himself was said to have a stroke, and the Vikings hunted down the rebels and hacked them to pieces.

In the wake of this victory, Basil formed the Varangian Guard, an Imperial Bodyguard composed of just Norse warriors sworn to protect the Byzantine Emperor at any cost. Since they were the emperor’s personal guard, they rarely left the city, but you can’t keep a good Viking down. If trouble on the frontiers of the empire became more than the regular army could handle, the Varangians were sent in to deal with the situation for good.

Even when Constantinople itself fell to the Ottoman armies of Mehmed the II in 1453, the Varangians fought to the last man to protect the emperor. The Varangian Guard fell alongside the fall of the Byzantine Empire and its final emperor.