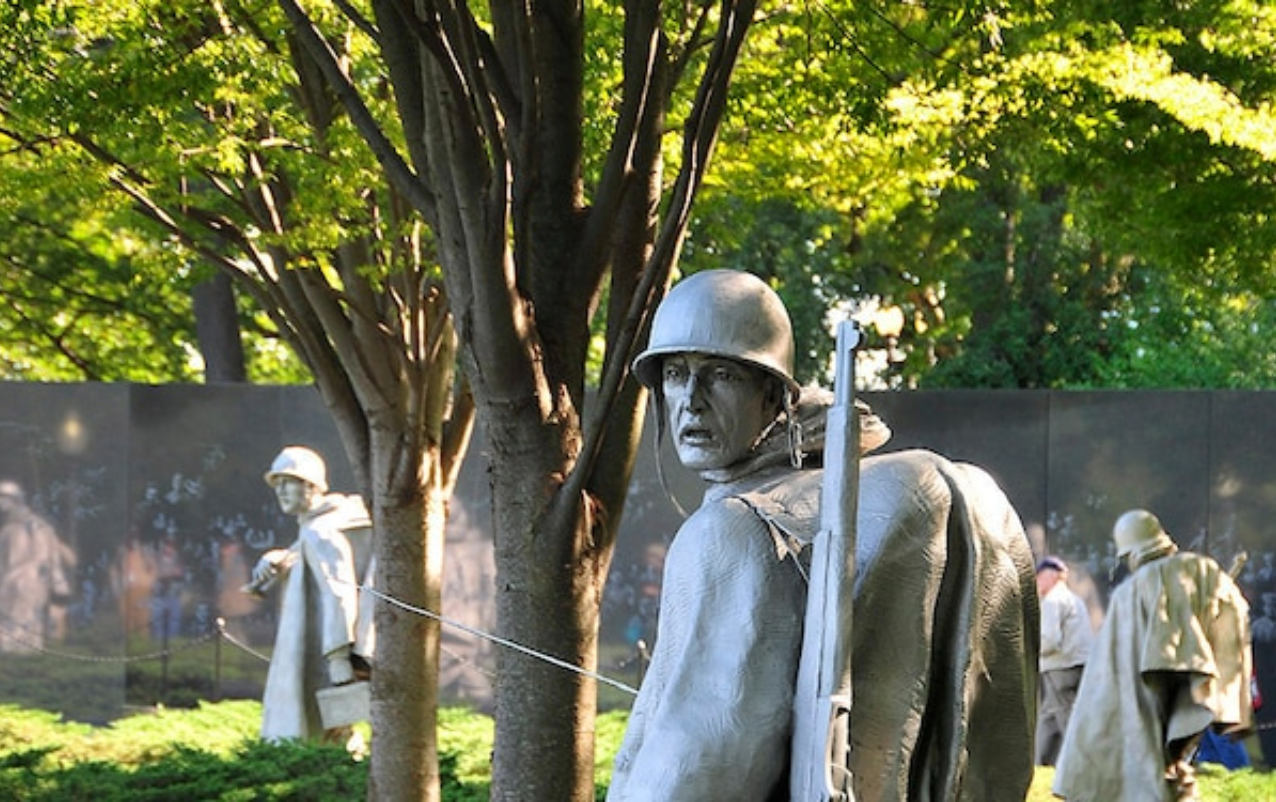 Almost 55,000 American troops were lost during the Korean War. One Marine is on a mission to memorialize the heroic legacy of a forgotten generation of heroes. Marine Corps PFC Ruben Sanchez Adame, his uncle, was one of them.

MSgt. Samuel Castro chose to enlist in the Marine Corps in 1999, wanting to be a part of something bigger than himself, he said. A Signals Intelligence and Electromagnetic Warfare Chief, it’s a decision he remains proud of.

Two years after boot camp he knocked on his mother’s door. He was holding his new baby with his wife and proudly wearing his uniform. He was unprepared for her reaction. “She broke down crying and said her brother was a Marine and that he’d died in combat during the Korean War,” Castro said.

The emotional moment would reveal a deep family history of military service that had been kept quiet. Later, other relatives would open up about their own service after being inspired by Castro.

In 2008, he had just returned from his third combat deployment and began retracing and researching Adame’s life. Castro discovered that his uncle had served in Charlie Company, 1st Battalion, 1st Marine Regiment, 1st Marine Division. “I was now stationed back home in Texas and I started to identify potential leads. I found a few names of some living Texas veterans that were with that same unit,” he explained.

Norman Callahan and Ray Broward were two of them. After receiving Callahan’s phone number, Castro said he just picked up the phone one day and called. The men embarked on a two hour conversation examining the similarities and differences of their wars.

“I’d just come back from my third or fourth deployment and had more context of war. Not that I would ever compare my experiences deployed with what occurred during the Korean War but that was one of the key aspects of the conversation with Norm and Ray,” Castro explained. “They had a hard time understanding what war was like in Iraq and Afghanistan but then Ray said something that really stuck with me. He said ‘You fight the war you’re given’.”

Callahan had been making annual trips to Chuncheon, Gangwon Province in an effort to find the missing remains of his fallen comrades. During his final trip in 2006, he brought Adame’s graveyard dirt with him, spreading it on the old battlefield ground. He refused to let his fellow Marines be forgotten.

But the Korean War has been labeled the “Forgotten War”.

The founding of an independent South Korea would lead to a war that would take the lives of over 5 million people. In June of 1950, the 75,000 soldiers with the North Korean Communist Army invaded South Korea in a surprise attack. America immediately came to their aid with the United Nations following suit not long thereafter.

Although the allied troops eventually pushed forward and it appeared the war was going to end, China entered the conflict without warning and joined North Korea. 140,000 Chinese soldiers would overrun the Marines of Charlie Company in 1951 at the Battle of Horseshoe Ridge in South Korea.

Adame, Callahan and Broward were in the middle of it.

In 2016, Castro and his family were stationed in Okinawa, Japan. During a vacation in South Korea, a friend set up a surprise visit to Chuncheon. “I had gotten the pins for the hill location years ago and we used that to actually find that battle site of Horseshoe Ridge where 1 Charlie Company had basically dug in. They were involved in a level of intensity that is hard to comprehend,” he said.

As a fellow Marine, seeing the environment his uncle was forced to fight in first hand was what Castro called “a nightmarish scene”.

Official records eventually revealed that Adame had been sent to the rear for more ammo just as the Chinese launched an offensive with those 140,000 troops. He never made it to the rear and was never seen again. During the 14-hour battle, the unit lost 60 percent of its Marines. Adame was initially labeled MIA but later changed to KIA. His remains were never found.

Callahan and Broward never forgot the war or Adame. For them, as long ago as it was, it still seemed like just yesterday, Castro shared. On that fateful phone call, both men shared stories of his uncle’s courage.

“It had been so many years later but they had never forgotten Ruben’s name or his face and they were in tears when I was on the phone with them,” he said. “To them, they felt like something was missing because their brethren were never found…They are both gone now but they never gave up. That part more than anything really sticks with me.”

From the discovery of his uncle to the journey through the Korean War battlefield that took PFC Ruben Sanchez Adame, it’s an experience Castro remains grateful for. As America heads into Memorial Day, he was asked what he’d want readers to take away from his story. His response was direct. “No man is truly gone unless he is forgotten.”