N. Korea seizes US ship ‘Pueblo’ - We Are The Mighty 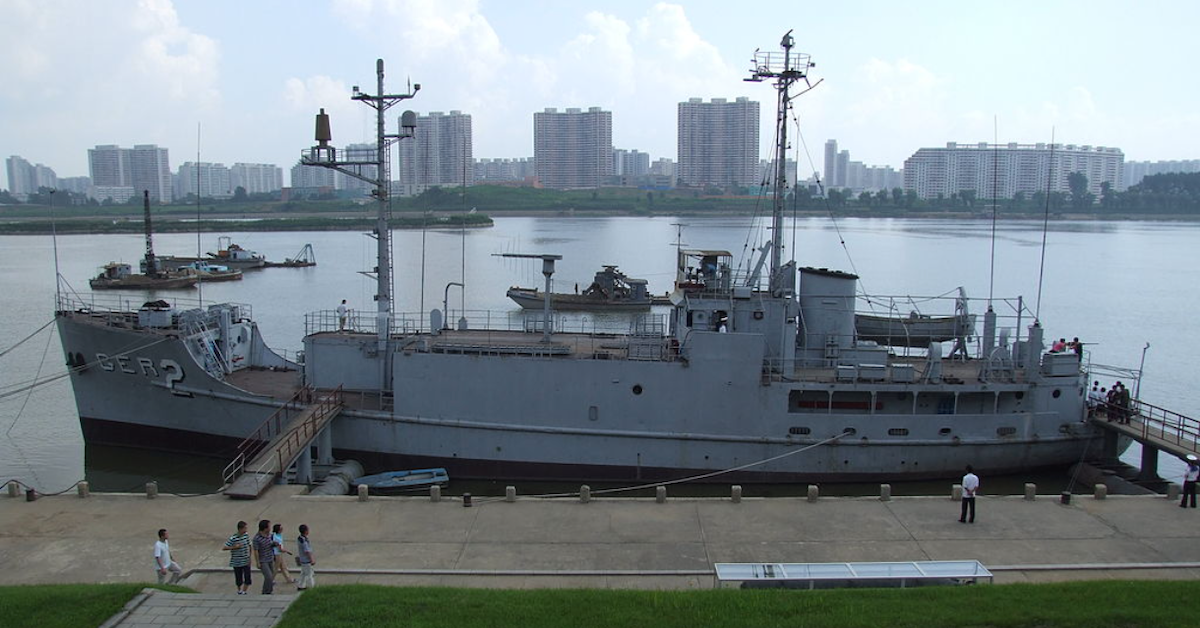 The Korean War had ended in 1953 — but not in peace. The armistice that ceased the fighting was wrought with heavy tension and North Korea maintained an aggressive presence in naval waters near the peninsula.

​​The North Koreans claimed the ship was in its territorial waters and viciously attacked it, killing one of the sailors aboard.

The United States says the ship was in international waters and the capture of the Pueblo was just the latest in a series of violent incursions by the North Koreans against American and South Korean forces. The capture of the ship was a disaster for the U.S. not only because of the suffering or the pre-Vietnam War tension, but because the ship was also loaded with some of the United States’ most sensitive information. This included the Navy’s most advanced electronic signals gathering equipment, classified documents pertaining to its mission, and the machines needed to decrypt coded American intelligence messages.

North Korea accused the Pueblo of violating North Korean territory and charged the 83-man crew with spying. Negotiations for their release continued nearly a year, until December 1968 when the commander of the Pueblo, Captain Lloyd Bucher, decided to sign a confession demanded of him by North Korea. It was a propaganda victory for the communists, who finally released the crew. Once home, they reported the cruel treatment they endured during their captivity.

One crewman was killed in the original attack, and others suffered injuries that never fully healed. The seizure was a political mess for the United States, occurring just days before the start of the Tet Offensive during the Vietnam War.

Featured Image: Today, the Pueblo is a tourist attraction in North Korea.