The best military nomenclature for parts of the human body 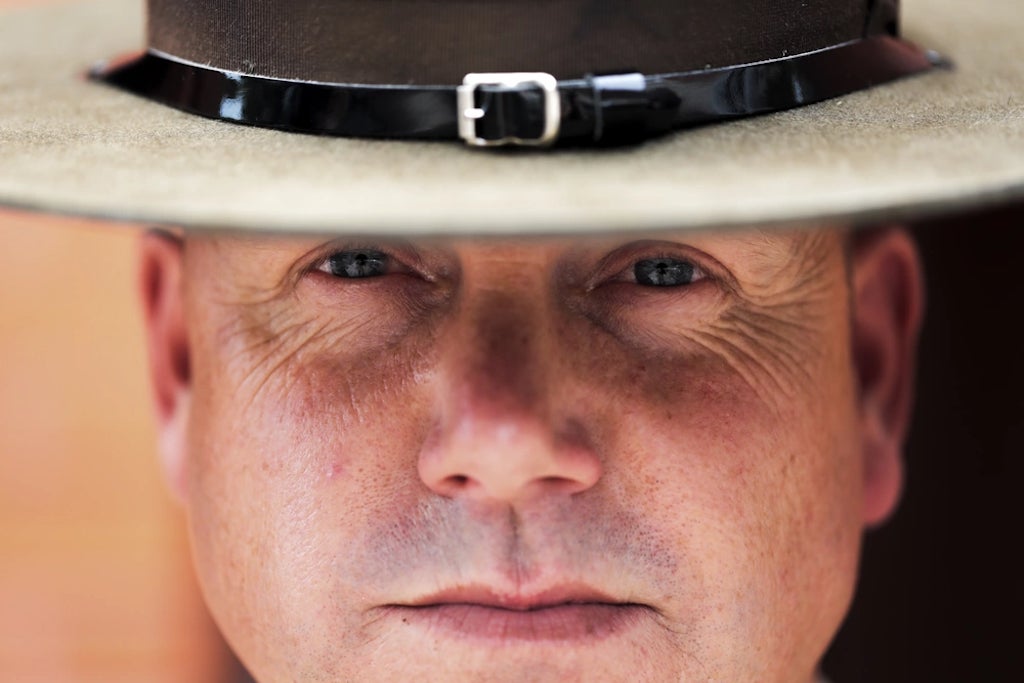 The U.S. military is a subculture with its own customs and language. Though technically speaking English, the jargon and acronyms make it difficult for civilians to follow the conversation. Those attributes are then amplified by the liberal use of profanity. If that weren’t enough, each service has their own trademarked animal-like noise. Marines Oorah! Army Hooah! Navy Hooyah! Air Force What’s up? (Just kidding Air Force, please keep dropping bombs for us.)

Some of the language has identifiable historical context, such as the Naval terms bulkhead (wall), ladder well (stairs) and porthole (window). These have been used by seafaring folk for centuries. Acronyms are endless. They began for the sake of brevity, then they took hold of the culture like a runaway train. Use of acronyms became a symbol of martial virtue just as the bro-vet beard does today. Classified documents recently smuggled out of the Pentagon by an angry Sergeant reveal a Department of Defense policy requiring all commissioned officers to create a new acronym as a prerequisite for promotion to the rank of Major. Things seem unlikely to change.

However, many of the terms in use today seemed to have sprung forth from the creative minds of Drill Sergeants and Drill Instructors. Like a magician who pulls a scarf, then flowers, then a rabbit from his hat; these hard-nosed NCOs pull endless one-liners out of the Smokey Bear hats, aka campaign cover. These are often substitutes for common words known by the recruits. They are introduced to these terms during boot camp as part of the indoctrination to their new life. Listed below are various military nomenclatures for parts of the human body.

One of the first rites of passage upon going to boot camp is getting your head shaved. Once shorn, your head has the appearance of a large, smooth grape. In the Marine Corps a hat is called a cover. If you are outside and uncovered (i.e., no hat on your head) you will be on the receiving end of the barked correction, “Get a cover of your grape!” To the uninitiated that command elicits utter confusion, the Marine Recruit, however, quickly learns to squarely place the eight-pointed cover on his grape. Why not call your cranium a head? In Naval terminology, head refers to what the Army calls a latrine, and the Air Force calls the potty (Sorry Air Force, did it again. The author has been institutionalized by his time in the beloved Corps. Please keep dropping bombs for us.).

This quite obviously refers to your brain. It’s much like the actual term “trigger housing group” on a weapon system, a single component to an overall weapon. The individual service member is the weapon, and the brain housing group is what places it into action. The brain housing group receives regular upgrades every time you quote Sun Tzu or Carl von Clausewitz. When you make a bad decision or are slow to grasp instructions, this is referred to as a brain housing group malfunction. You better check your brain housing group and get some maintenance! Translation: fix yourself or you’re about to get smoke checked. Aye Sergeant.

Sometimes rendered as Stack and Swivel refers to your neck. Traditionally rifles had a sling swivel at some point below the muzzle, on the forestock or the end of the handguard. The primary purpose was to attach one end of the sling. The stacking swivel was also used as a junction point on an upright rifle when three rifles were stacked together. This procedure known as “stack arms” or “stacking arms” is done to keep the rifles from laying on the ground while maintaining an orderly fashion that results in forming a sort of conical pile. The location of the stacking swivel on the rifle could be said to be on the neck as the rifle stands upright. When the phrase stack and swivel is used to denote the neck, it is either in the re-telling of a bar fight story or in the threat of violence. “If you say one more thing, I’m gonna grab you by the stack and swivel!”

Your pie hole is your mouth, also known as a soup cooler. You shove pies in your mouth, and you use your mouth to cool off hot soup. These nomenclatures are almost always used in phrases as a substitute for shut up or be quiet. Shut your pie hole! On rare occasions these terms are used in the opposite context, such as in formal instruction. If the service member has a question they are to speak up, as in open your soup cooler! Similarly, if they are not yelling loud enough in affirmation of understanding they are instructed, “Open your pie hole and sound off!”

Your hand is a sandwich clamp. This one is my absolute favorite; it is completely ridiculous. I was four years into my enlistment before I heard this term uttered. I was a student at an advanced MOS course. The instructor directed us through filling out some forms, line by line. He said, “if you don’t have X, put your sandwich clamp in the air.” Though I had never heard the phrase before I immediately knew what he was talking about. It doesn’t take long to adapt to the culture. You get to the point that when you encounter something new you understand the speaker, the context, and the audience, quickly deducing the meaning of what you’ve just heard. When he said sandwich clamp, I started laughing uncontrollably, tears streaming down my face. The stern-faced instructor asked, “What’s your problem?!” I held my hand up making a tight C-shape uttering, “It’s a…a sandwich clamp…it holds sandwiches,” before succumbing to a seizure of laughter. A quickly administered dose of push-ups resulted in regaining my composure and continuing with the class.

The unusual military nomenclatures for the human body listed above are just a few in circulation. There are a plethora of others more graphic and profane. They are all humorous in nature, but the vulgar ones can be downright debased. Much of our service members’ duty requires gritty, hard work that is dangerous and far from home. Humor has proven to bond individuals together and provides brief levity to a sober situation. The “gallows humor” or “dark humor” often emerges as a coping mechanism amongst those who know their work means life or death. These military nomenclatures reflect a bit of that mentality. However, the next time a servicemember’s language gets a little too salty for the dinner table, just tell them to shut their pie hole. They’ll grin and get the message.