5 more of our favorite chain restaurants founded by veterans 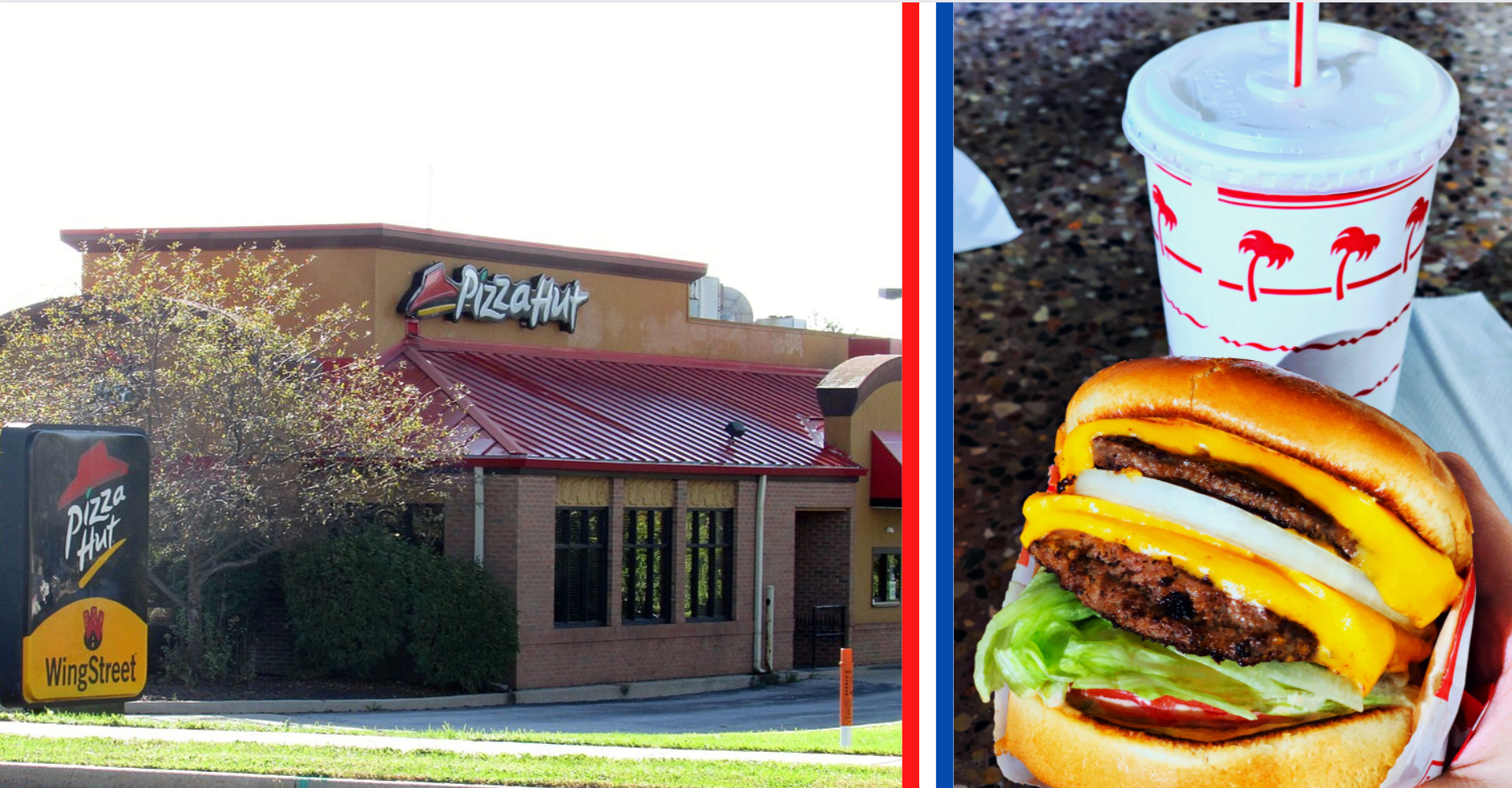 We already brought you these five global chains started by military veterans. Now, it’s time for 5 more of the world’s favorite restaurants. These restaurants and brands have stood the test of time and fickleness of public opinion through ups and downs to stay atop the chain business. Next time you enjoy an All-Star Special, Whopper or even a slice of delicious BBQ bacon cheeseburger pizza, remember it started with patriotic, hard-working small business owners who spent time in the service of their country before hitting hard-earned pay dirt.

Joe Rogers Sr. and Tom Forkner founded Waffle House post-service in World War II. They were inspired by the success of McDonald’s, which was founded by veteran Ray Kroc. Rogers Sr. served in the U.S. Army Air Corps as a B-24 pilot and Forkner served as an intelligence officer on the Manhattan Project. Forkner is also considered a Ritchie Boy, which means he was part of uncovering more than two-thirds of the intelligence on the European Theatre and was stationed at Camp Ritchie during the war. Their creation now has over 2,000 locations and the chains operate on a 24-hour basis. Both men passed within two months of each other in 2017. We are glad their legacy continues to live on and that great waffles are available at all hours of the night, especially after having eaten said name waffles at 2 am with fond memories and great friends. Beyond great food, Waffle House’s operating hours is an excellent indicator of emergency situations.

David Edgerton and James McLamore, both veteransfounded the Burger King Corporation in 1954. Edgerton served in the Army before continuing his studies at Cornell. McLamore served in the U.S. Navy and then graduated from Cornell as well. Both stayed on to lead the company until the early 70s when it was sold to Pillsbury in an effort to grow the brand. Their legacy lives on today still serving great-tasting burgers and fries.

Carl’s Jr. was founded by Carl and Margaret Karcher initially as Carl’s Drive-In Barbecue. Post his service in the Army during World War II he came home and started the business with his wife, Margaret. It evolved into only Carl’s Jr. and expanded to over 300 locations. He served as the CEO until the early 1990s. Both of their legacies live on with the company and the fine food that they sell, which includes the highly popular Western Bacon Cheeseburger.

Harry and his wife Esther founded In-N-Out in 1948. The company has been deemed as California’s first drive-thru predating the ever-popular McDonald’s. Harry served in the Army in World War II and met Esther while she was serving as a nurse in the Navy. They led the company to 18 stores upon Harry’s passing in 1976 and now the chain has over 350 chains across the American southwest. Their burgers, fries and shakes are some of the best out there and taste like their made fresh from the simplest of ingredients. Take a trip back to the 1950s at a drive-in and check out your local In-N-Out if you aren’t in the know.

Pizza Hut comes in a long line of American founder pizza chains that have lasted for 50 years or longer and include many of the top chains. The company was founded by Dan and Frank Carney in 1958 for $600, big bucks in those days. Dan Carney served in the USAF in the 1950s before founding the restaurant chain that would eventually be sold to PepsiCo for $300 million in the late 1970s. Pretty solid return on 20 years of work and effort. Time for some stuffed crust pizza or maybe traditional pepperoni while watching a Teenage Mutant Ninja Turtles movie. Better have some Cherry Coke and play some SNES games with my buddies before the movie and chow though. Heh heh heh.