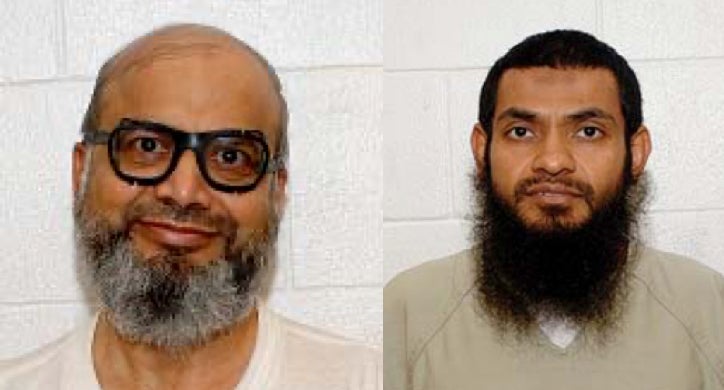 President Joe Biden has renewed President Barack Obama’s pledge to draw down the number of detainees currently being held at a secure facility in Guantanamo Bay, Cuba. There are now nine detainees set to be released out of the 40 still held there after 20 years.

According to the New York Times, the United States is set to release 73-year-old Saifullah Paracha, 54-year-old Abdul Rabbani and 40-year-old Uthman Abdul al-Rahim Uthman. Uthman is a citizen of Yemen. The other two detainees are from Pakistan.

None of the men have ever been charged with a crime. When releasing “Gitmo” detainees, the U.S. usually asks the receiving country to place special security precautions and travel restrictions on them, but the United States isn’t sure where to send the recent list of soon-to-be-freed prisoners. A total of nine are set to be transferred to other countries.

Some of the previously cleared prisoners have waited for more than a decade for some other country to take them in. The other 31 prisoners have either been charged with war crimes, are considered too dangerous for release or have been convicted on charges.

Paracha, Rabbani, and Uthman were approved for release in a joint decision from the attorney general, the director of national intelligence, the Joint Chiefs of Staff, and the secretaries of state, defense and homeland security. These offices maintain seats on the Periodic Review Secretariat, a kind of parole board that reviews the records of detained persons in the camp.

A total of 775 detainees were brought to the U.S. Navy installation on Cuba in the years following the September 11 attacks. Most of these prisoners were released without charges, after being held for years on end. The last time a prisoner was transferred out of the camp prison was 2008, when one of the former detainees was returned to Pakistan.

After 20 years of detention, the stigma of being held in one of the world’s most notorious prisons and the ailing health of Saifullah Paracha, it’s unlikely for them to find a new home anytime soon.

In 2003, Paracha flew from his home in Karachi, Pakistan to Thailand by FBI agents who believed he helped the September 11th plotters make financial transactions in the wake of the attacks. He admitted he held money for them, but denied knowing who they were or what the money was for.

Rabbani was captured by Pakistani Inter-Services Intelligence in a 2002 raid along with his brother. Both were accused of being members of al-Qaeda, of staying in al-Qaeda safehouses, undergoing military training in Afghanistan, and becoming an al-Qaeda operative.

The two brothers were held by the CIA for more than 500 days before being sent to Guantanamo Bay. They were also held at the CIA black site code named “Cobalt” – also known as “The Salt Pit” – and may have endured the torture experienced by many of the site’s detainees.

Uthman was brought to Camp X-Ray in 2002, captured and held on charges of being one of Osama Bin Laden’s many bodyguards.

None of the men have any future plans for how they can support themselves once released, and no country has stepped forward to take them in.

The Periodic Review Secretariat published its rationale for releases, security assurances, and recommendations for future resettlement for all released detainees on its public website.