The Browning Automatic Rifle cut down enemies from WWI to Vietnam 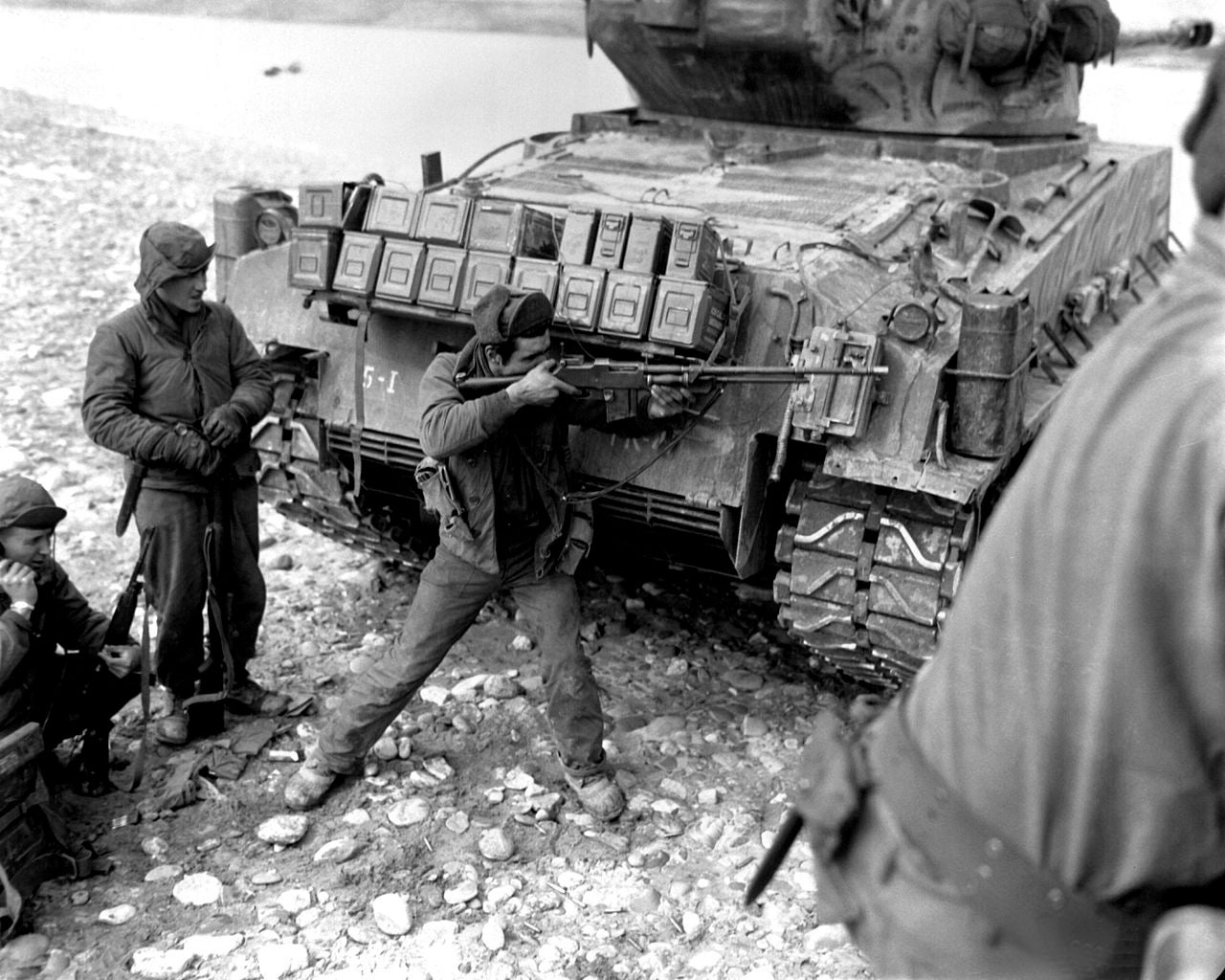 Taking cover behind their tank escort, one man of this ranger patrol of the 5th RCT, U.S. 24th Infantry Division, uses his BAR to return the heavy Chinese Communist small arms and mortar fire which has them pinned down on the bank of the Han River. At left another soldier uses a field radio to report the situation to headquarters. (Wikimedia Commons).

It was one of the most beloved and abused weapons in the history of warfare. The Browning Automatic Rifle was the weapon of choice for infantrymen, vehicle crews, and even gangsters from its debut in World War I, through two World Wars and Korea to the jungles of Vietnam.

The BAR was invented by its namesake, John Browning, in 1917 for use in World War I. The Army, newly arrived in Europe to fight on the Western Front, was told that machine guns were the way to go in the new war, and America agreed.

One of the first soldiers to carry the BAR into combat was Browning’s own son, 2nd Lt. Val Browning. Browning and his men employed the weapon at the Meuse-Argonne offensive to good effect just like thousands of other soldiers in the war.

In the mud-filled trenches of World War I, the rifle was known for its reliability despite the conditions. When troops hit an enemy trench line, they could be reasonably sure that the rifle would spit its 20-40 rounds of .30-06 per magazine without jamming or overheating.

Just as important, the BAR was very accurate for such a light automatic weapon. It was employed in a counter-sniper role by shooters firing quick bursts at known or suspected enemy positions, suppressing or killing the enemy.

Rounds from the BAR hit with enough force to pierce up to .375 inch of steel plate, meaning it could penetrate the armor on most French light tanks stolen by the Germans.

In World War II, the attributes that made the BAR so great for trench-fighting also made it great for sweeping Nazis and Japanese soldiers from bunkers. It was mostly chambered in .30-06 that left the barrel at 2,682 feet per second.

It was so respected in World War II that, according to War Is Boring, soldiers “acquired” extra BARs to give themselves more firepower than their units were allotted — a single BAR per squad.

While the Browning was able to reprise its World War II infantry role in Korea, the 1957 debut of the M60 machine gun forced the BAR from the top spot in Vietnam. Still, it was a valuable asset for special operators and as a weapon for vehicle crews.

For instance, the BAR was one of the weapons Underwater Demolitions Team-13 members used to fight off Viet Cong guerillas during a riverine ambush.

But that was the swan song for the BAR in American service. The M249 was introduced into the American arsenal in 1984, nine years after the Vietnam War ended. When the Invasion of Panama took place in 1989, it was M60s and M249s that sprayed lead downrange in the BAR’s stead.