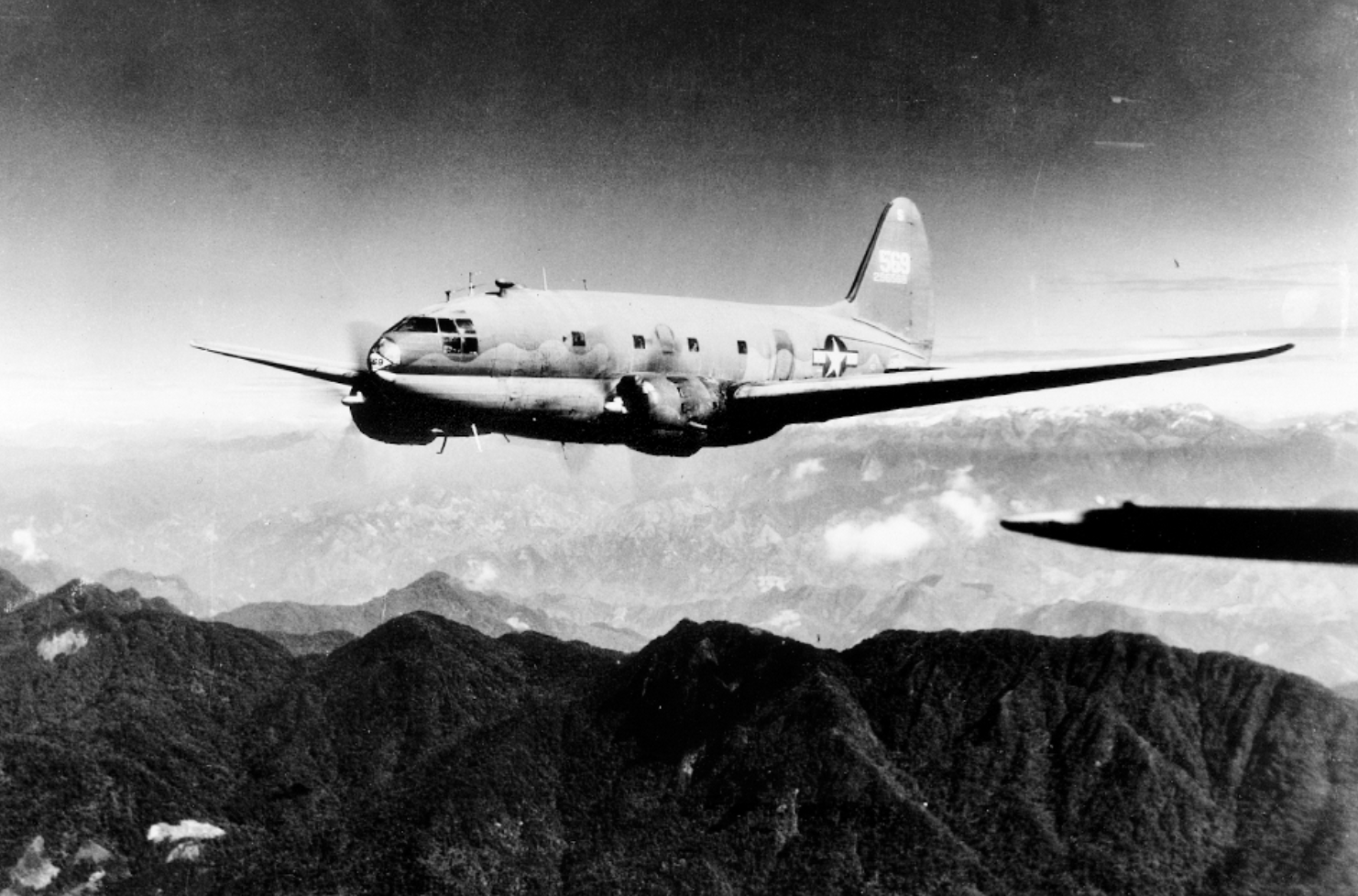 One of the most dangerous missions for an Army Air Forces pilot during World War II was a trip flying over “The Hump” – a flight between India and China over the Himalayas. This was true for any aircraft of the era, whether it was a fighter, bomber or transport plane.

More than a thousand airmen aboard more than 600 planes went down in the Himalayas during World War II, but that’s just an estimate. So many were lost flying over the top of the world, the Army Air Forces couldn’t count them all.

If a plane did go down in the Himalayas, rescue was uncertain at best. Search and rescue missions were described at worst as “spasmodic,” and at best, “negative.” The presence of Japanese fighters only made it more dangerous

One transport-pilot was so determined not to get shot down in the Himalayas that he shoved a machine gun out his cockpit window and shot an enemy fighter down.

Gen. George C. Marshall hated the The Hump, claiming it bled the Army of its necessary transport planes and may have prolonged the war in the Pacific by nearly a year. He had every right to be skeptical.

The primary dangers associated with “Flying the Hump” didn’t even register a loss to the enemy. The air up there was just so bad and the flights so long that any pilot – even an experienced one – risked their lives just to fly it. So when an actual enemy fighter did show up, it was bad news for the Air Transport Command.

That’s what happened to Capt. Wally A. Gayda during one flight over the Himalayas. Gayda was a C-46 Commando transport plane pilot in the USAAF Air Transport Command flying from India to China. He was on his way to Chunking to drop off supplies for Chinese Nationalists fighting the Japanese.

His trip was already hazardous for the reasons mentioned above but the weather soon turned harsh, the winds picked up and his crew had trouble operating the aircraft. The Curtiss C-46 was already a whale of a plane. At the time, it was the largest transport aircraft in the world and many pilots wanted nothing to do with it.

Curtiss’ behemoth transport plane also had a snag for wartime pilots: it was unarmed. So when Capt. Gayda saw a Japanese Nakajima Ki.43 Oscar fighter out the side of his cockpit window, he needed to do something about it in a hurry. Luckily, he had a Browning Automatic Rifle handy.

The BAR in the cockpit of his C-46 was the same kind used by the Army infantry in small formations. The Browning Automatic Rifle was a compact light machine gun that could be used by just one soldier, as it was designed to be fired from the hip, while walking. That was all the pilot needed. Gayda stuck the BAR out of his cockpit window and shot the enemy pilot, downing the plane immediately.

It was the first air-to-air kill by the C-46 in World War II. The C-46 would go on to have a long and mixed career in the U.S. Air Force and elsewhere, no matter what pilots thought about it.

Featured image: A C-46 tackles its most famous challenge, the “Hump” route through the Himalayan between India and China. (National Archives)