The latest craze in secret spy planes? Converted luxury aircraft - We Are The Mighty 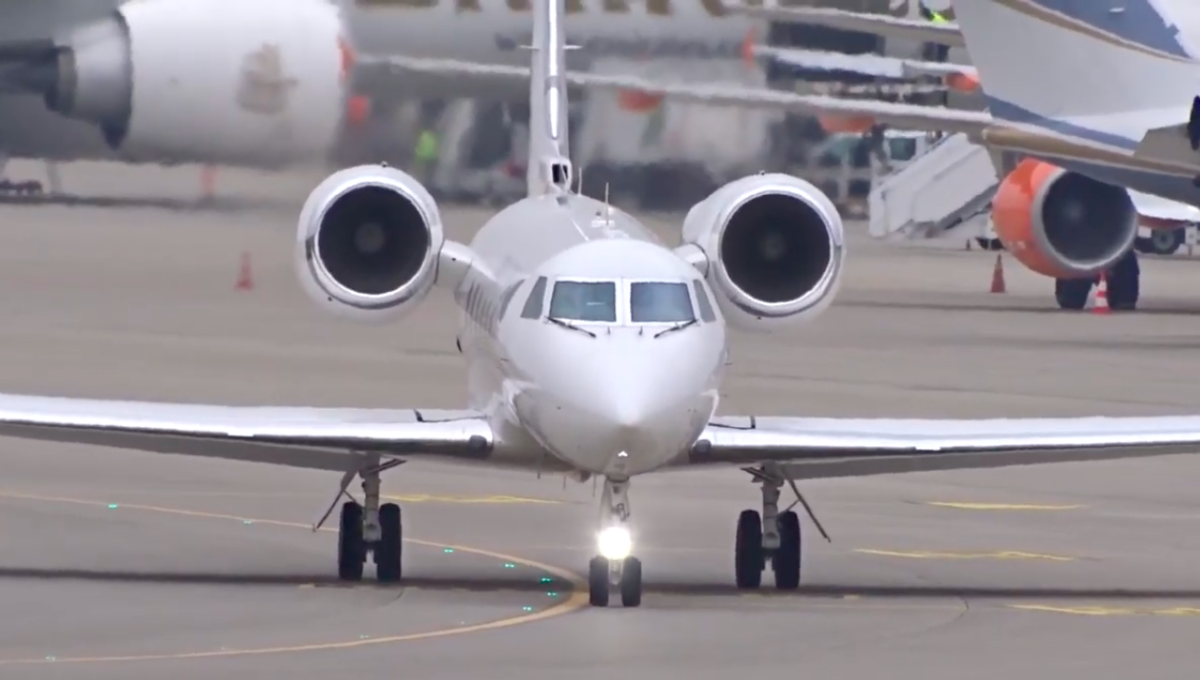 The skies above the United States and its allies aren’t just an intelligence battleground anymore, they’re also a big business arena. Some of the world’s top aircraft designers are looking to get their designs airborne with America’s most top secret missions.

Today, Sweden’s air forces are flying nondescript, ulta-secret spy missions in what appear to be the swankiest luxury aircraft on the market. In April 2021, Sweden flew a pair of luxury airplanes off the coast of Russia, where Russian military signals and radar were highly active.

It looked like a luxury private jet that could have belonged to any corporate officer from anywhere in the world. The converted Gulfstream IV was nothing of the sort; it was filled with the latest and greatest in signals intelligence collection equipment.

This isn’t the first time Sweden has employed its sleek fleet of Gulfstream spy planes over the past few years. They’ve been seen flying around Syria and the Mediterranean Sea. Sweden isn’t alone in employing them – other governments are bringing a demand for converted luxury aircraft.

According to Reuters, the market for selling special mission business jets to intelligence agencies is worth more than $3 billion worldwide. Using converted luxury aircraft is apparently a lower-cost alternative to converting larger passenger planes or military aircraft.

One defense and military analyst believes the shift is coming from the advanced listening and intelligence systems. As they get smaller and more powerful, the size of the aircraft needed to house them also gets smaller.

These special missions can vary from passive radar detection, communications interception, and early-warning systems. Countries from South Korea to France to the Israel Defense Forces are looking for more inexpensive ways to continue these missions using advanced equipment and smaller planes.

A private corporate jet can cost anywhere from $20 million to $60 million, the Reuters report says. Conversion to a spy plane with the latest technology could run state actors upwards of another $200 million.

The new demand for smaller aircraft is a boon to the private aviation industry, according to industry executives, who saw a drop off in demand from the civilian sector. A focus on military conversion means the companies will be more dedicated to that sector.

Although using luxury private aircraft as spy planes is a tradition that dates back to the Cold War, the breakthroughs in signals intelligence technology mean that smaller planes can be as effective as larger ones in singular “special mission” roles. The only threat to this new, emerging marketplace for corporate aircraft: special mission drones.

Unmanned aerial vehicles can be a slightly cheaper alternative for some countries looking for so-called “special mission aircraft,” but they aren’t that much cheaper. The Northrop Grumman Global Hawk UAV will still run about $130 million.

But converted executive aircraft are a good investment. The U.S. military purchased a number of Grumman Gulfstream I planes in the early 1960s, converting many to long-range command and control aircraft. They remained in service until 2001.