The Resilient Life: Why we should all use humor to just keep going - We Are The Mighty

The Resilient Life: Why we should all use humor to just keep going 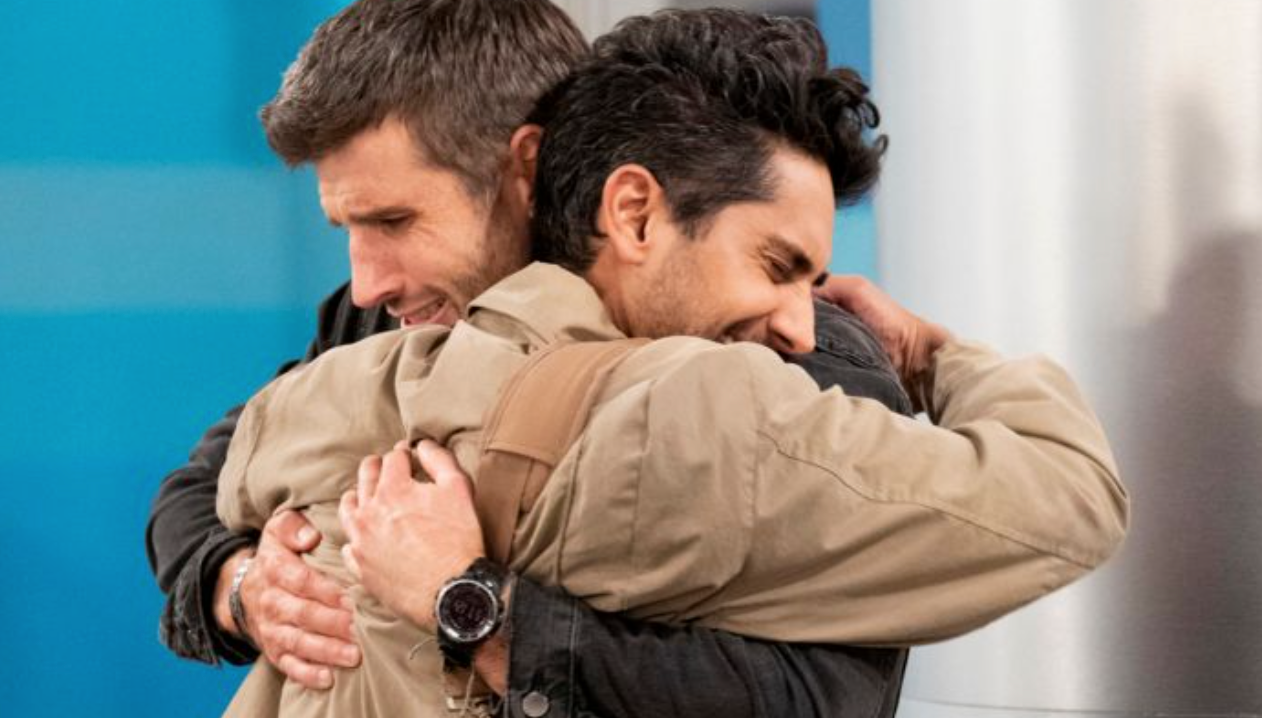 About this time last year, I wrote a review of Ryan Manion’s podcast, The Resilient Life. Now, after so many hectic months of extended quarantine, I’m revisiting The Resilient Life as it discusses using humor as a tool to aid in these trying times – a subject of great use to myself and anyone else who finds it hard to get up and be productive when so many temptations keep us from being our best and most productive selves.

The Resilient Life’s 31st episode invites actresses Elizabeth Alderfer and Kelli Goss to talk with Ryan about working on a comedy centered around military life. The now-airing sitcom, The United States of Al, follows an Afghan translator (the titular Al) as he moves to Ohio with his friend – a recently divorced Marine dealing with PTSD – and his sister, who lost her fiancé. As I read the premise of the show, I had the same thoughts as Ryan as disclosed on the latest episode of her podcast: this doesn’t exactly spell comedy. However, as Ryan, Elizabeth and Kelli point out in their latest episode: this seemingly dark premise is what makes the show so exceptional. It uses humor as a device to tackle real-world issues – especially those that primarily affect military families and remain unexposed to the American public. The United States of Al’s raw, yet lighthearted, take on dealing with rough times praises the unsung heroes of the American military while simultaneously using humor to inspire strength to build resilience – the exact mission of Ryan’s podcast, book and work as the head of the Travis Manion foundation.

Ryan discusses this strength found through humor on her latest episode with an anecdote about her brother’s funeral. Ryan’s brother, Travis Manion, was killed in combat in Iraq in 2007. At his funeral, and to Ryan’s dismay, guests were laughing at a joke. “How could anyone be laughing at a time like this?” she thought. Coming to her aid, though, was her uncle. “You’re gonna laugh again,” he reassured her. The ability to find humor in dark moments is hard to come by and feels unnatural, but essential to building resilience. This is what makes United States of Al a perfect topic for The Resilient Life; it is necessary for everyone who deals with the struggles presented by military life to laugh in the face of fear, danger and uncertainty. Even in times of tragedy, it is essential to keep going; to find humor and joy in the most trying situations. How else can we live such a life? This is the resilience that Ryan teaches, and it is perfectly portrayed through The United States of Al’s unfailing ability to interweave moments of tragedy and uncertainty with those of levity. We will all, indeed, laugh again.

Kelli and Elizabeth discuss this further as they delve into the research required to perform their roles. An element of military life that was surprising to both of them was the uncertainty and loneliness so common in military families – deployments, being stationed in unfamiliar places, and through any other obstacle the lifestyle throws at you. In The United States of Al, a military wife has to give birth without her husband present. She always has to be prepared for the possibility that he may not return home safely. The show’s humor combined with discussion of this dark topic not only teaches resilience but also brings to light the unspoken struggles of military spouses and families. In this way, The United States of Al accurately portrays these struggles while simultaneously praising military families for their resilience through tough times and the ability to keep families connected despite challenging circumstances. Additionally, it reiterates the idea that military families share the struggles that soldiers take on. This is not only a valiant task, but also one that requires the strength and resilience to just keep going.

As told by Elizabeth and Kelli, it is sometimes difficult for actresses in comedy to feel like they’re making a positive impact. The United States of Al, though, is a different story. Because it accurately portrays real issues – those of Afghan translators, military families and soldiers – through comedy, which is highly consumable to the American public, it raises awareness to these struggles and encourages viewers to consider a new perspective. Additionally, it teaches us to laugh during the low points of life – to just keep going. According to Ryan, this is what the resilient life is all about: “Not every day is gonna be good and some days are gonna be crappy, but you just gotta keep going. That’s what builds resilience,” she shared. After watching deep and complicated issues dealt with through comedy in The United States of Al and listening to the inspiring words of Ryan, Elizabeth and Kelli through the latest episode of The Resilient Life, I am not only more empathetic toward the unsung heroes of the military but also able to laugh at that which scares me. The sitcom and the podcast both play roles in normalizing and destigmatizing military life in America. And that’s what Ryan’s mission is all about.

Listen to the latest episode of The Resilient Life here.