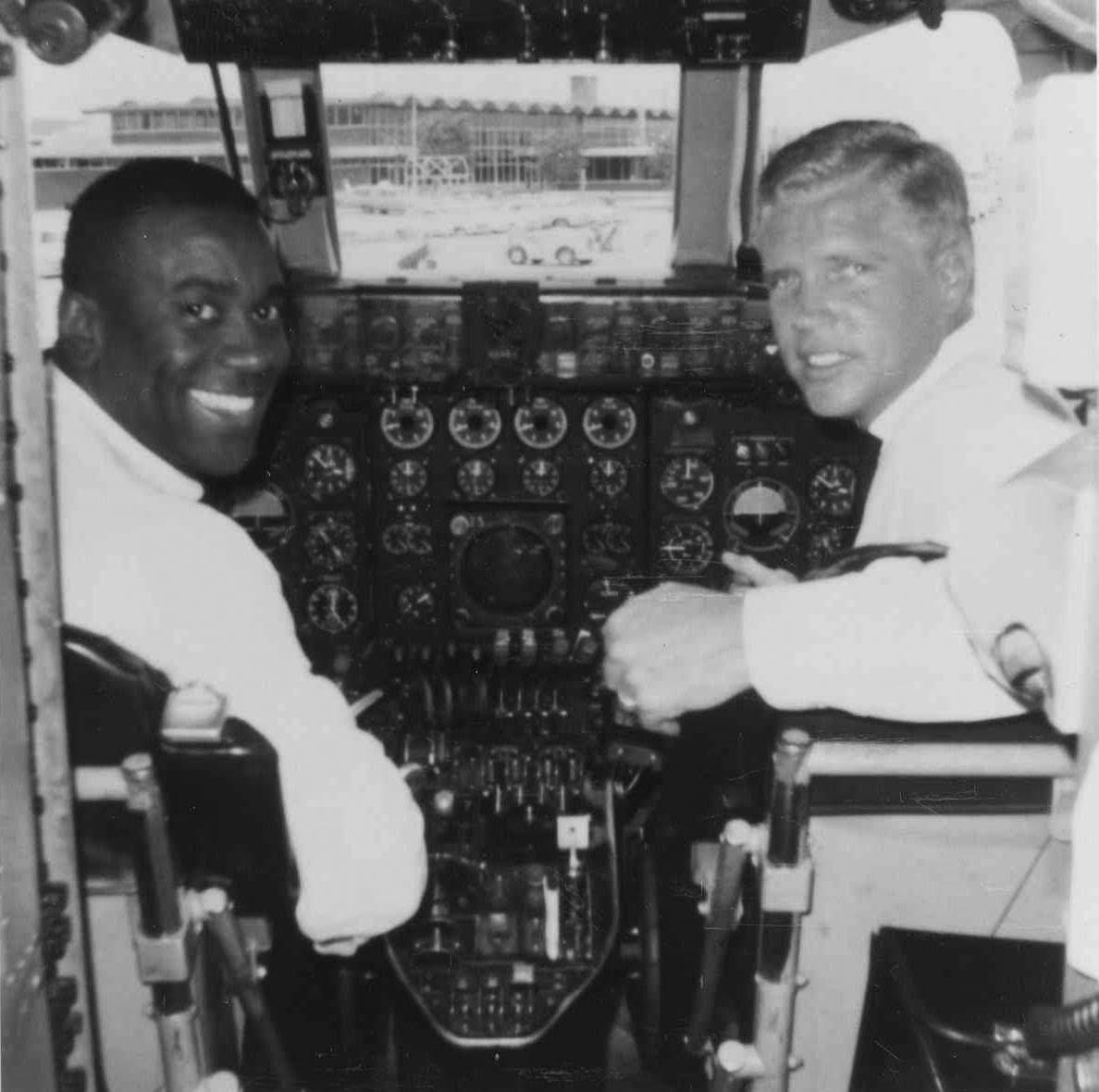 For many military aviators, the transition to flying commercial airliners is a natural and almost expected transition. However, this has not always been the case for all flying veterans. Regardless of their flight hours and military service, qualified Black veterans were discriminated against and refused employment by airlines. Interestingly, the first African American to fly for a commercial airline was a Tuskegee Airmen instructor who started flying commercial helicopters in 1957. However, it would take nearly a decade for a major US passenger airline to hire a Black pilot.

Marlon Dewitt Green was born on June 6, 1929 in El Dorado, Arkansas. Although his family was economically disadvantaged, Green was an excellent student and graduated top of his elementary school class. He attended Booker T. Washington High School in El Dorado before converting to Catholicism and receiving a scholarship to Xavier Preparatory High School in New Orleans, Louisiana. Green graduated from Xavier Prep as co-valedictorian in 1947. Initially, he planned to become a priest and briefly attended Epiphany Apostolic College in Newburgh, New York. However, Green dropped out and joined the Air Force on February 5, 1948 to become an aircraft mechanic.

Green attended basic training at Lackland Air Force Base, Texas and was subsequently stationed in Hawaii. There, he was assigned to an all-Black unit that was primarily tasked with menial duties. This fueled Green’s goal to aim higher and become an aviator. In March 1950, he was one of only a handful of Black applicants accepted into the Air Force’s basic pilot training school in San Antonio, Texas. One of Green’s classmates in the course was future Mercury Seven astronaut Virgil “Gus” Grissom.

Green passed the course and earned a commission as a Second Lieutenant. He spent nine years in the Air Force and flew a variety of multi-engine aircraft including bombers, tankers, and amphibious rescue planes. On December 29, 1951, Green married Eleanor Gallagher, a white Xavier University instructor; the two met in New Orleans. After starting a family, Green resigned his commission in 1957 as a Captain stationed in Japan. His goal was to become an airline pilot and better support his family.

However, no major airlines had hired a Black pilot yet and Green was continuously denied employment. After moving to Lansing, Michigan, Green found work flying for the Michigan State Highway Department but resigned over a dispute regarding the safety of the aircraft he was forced to fly. He continued to apply for airline positions and worked low-paying jobs to support his family.

In June 1957, Continental Airlines invited Green out to Denver, Colorado to take a flight test. He did not include a photo of himself and left the “race” box blank on his application. Despite passing the flight test, Green was not hired. However, five other white Air Force veterans who had less flight experience than him were hired. Suspecting racial discrimination, Green filed a complaint with the Colorado Anti-Discrimination Commission. The CADC agreed with him and ruled that Continental had to admit Green to the training class. The airline refused and brought the case to the Denver District Court.

In 1959, lawyers for Continental Airlines argued that, as a national carrier operating between states, the airline was not subject to the ruling of a state commission. The court dismissed the case on June 26 that same year. However, Green hired a lawyer who appealed the case to the Colorado Supreme Court in 1960. When the court sent the case back down to the Denver District Court, Green’s lawyer petitioned the US Supreme Court and was granted a hearing. US Attorney General Robert Kennedy and other significant political figures filed amicus curiae briefs of Green’s behalf.

In April 1963, the Supreme Court ruled unanimously in Green’s favor and ordered Continental to admit Green to their training course. The case made national news and helped dismantle racial discrimination in the airline industry. It opened the door for another Air Force veteran, David E. Harris, to be hired by American Airlines as the first Black pilot for a major commercial airline in December 1964. Harris also became the first Black man to reach the rank of Pilot Captain for a major US airline in 1967. It took over a year to work out the terms of the employment contract, but Green was hired by Continental in January 1965.

Green flew for Continental until 1978. He died on July 6, 2009. The next year, Continental Airlines named a Boeing 737-824 in his honor. Green was also inducted into the Arkansas Aviation Hall of Fame.