The complete Lackland Air Force Base guide - We Are The Mighty 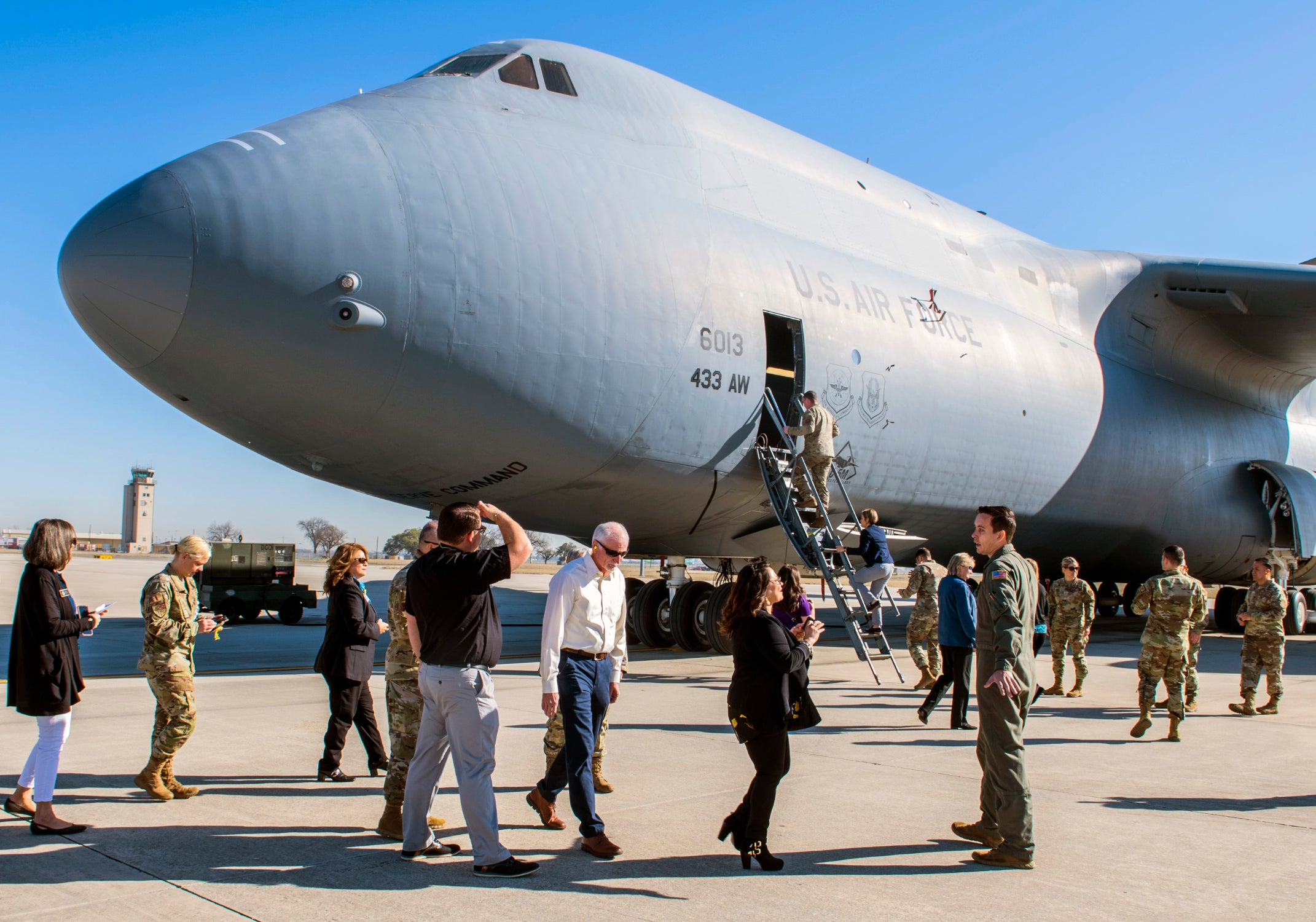 Perched in the city’s northwest edge, Lackland Air Force Base is the sole processing station for Basic Military Training. So, if you’re enlisting in the Air Force, Air Force Reserves or Air National Guard, you’re heading to Lackland. In fact, Lackland is part of a joint installation which includes Fort Sam Houston and Randolph AFB. That means you’ll get plenty of military experience while you’re there! It was named for Brigadier General Frank Lackland.

San Antonio is affectionately referred to as Military City, U.S.A, by locals. This joint installation contributes nearly $50 billion a year to the San Antonio community. Equally important, it employs 20% of the local population. So, if you’re tired of living in places where you’re the odd green-suiter, say hello to Lackland AFB!

Lackland Air Force Base is located in San Antonio, Texas, and is a part of Joint Base San Antonio, which includes Fort Sam Houston and Randolph Air Force Base. In fact, it’s the only entry processing station for Air Force enlisted Basic Military Training (BMT). Wondering what to expect as you prepare for boot camp? Here are 7 universal truths you should know!

Lackland AFB can be reached by car using the following routes.

Making the trek from the east? Take I-10 W to US-90 W, follow signs for Lackland AFB

Coming from the west? Take TX-55 S to US-90 E, follow signs for Lackland AFB

San Antonio International Airport (19 miles) is the only airport nearby and is served by all major airlines with multiple destinations.

Driving: Driving will allow you to visit nearby cities. San Antonio is 151 miles from the U.S.-Mexico Border, so be prepared for a long drive – especially through the state of Texas!

Right now, Lackland is under the authority of the 802nd Mission Support Group, Air Education and Training Command, commonly known as the AETC.

Lackland Air Force Base opened in July 1942, when the War Department separated the part of Kelly Field lying west of Leon Creek and made it an independent installation, naming it the San Antonio Aviation Cadet Center.

After February 1946, all enlisted airmen began their Air Force careers at Lackland. While Lackland’s technical training mission grew out of the Korean War, Lackland gained its first permanent technical training responsibility in May 1954, when the Officer Candidate School implemented the USAF Recruiting Course.

With the closure of Kelly AFB on 1 April 2001, the Air Force transferred the airfield operations mission and real property west of Kelly’s hanger line to Lackland. For the first time in its history, Lackland gained a runway, but training remained its most visible mission.

Back in 2005, the Department of Defense received Congressional authorization for a Base Realignment and Closure Round. Like many other installations impacted by BRAC, the DoD looked at how to combine bases to save money. Under the BRAC Joint Basing Recommendation for San Antonio, installation support functions at Lackland were combined with those at the Army’s Fort Sam Houston and Randolph Air Force Base. Surprisingly, this paved the way for the largest joint base in the DoD. The Air Force is the lead agency for Joint Base San Antonio, comprising three primary locations at JBSA-Fort Sam Houston, JBSA-Lackland, and JBSA-Randolph, plus eight other operating locations and more than 200 mission partners.

Things to Do Around Lackland AFB

The Alamo (14 miles): Visit the historic Spanish Mission San Antonio de Valero, site of the Battle of the Alamo during the Texas Revolution. The site features mission tours and gift and book shops.

Because Lackland pools its joint resources, there’s a ton of housing available both on and off base. Like always, you need to report to your Military Housing Office as soon as you arrive. There, you’ll receive a brief about options available to you.

Family housing is offered by Balfour Beatty. This private company owns and operates six distinct neighborhoods on and near the base. When you call a Balfour Beatty residence home, you’ll enjoy open floor plans, fenced-in backyards and other perks!

Of course, you can always look on the local real estate market for housing options. Talk with your MHO for more information.

Lackland is such a massive installation that it has its own school district. In fact, this independent school district only draws students who live within the base. Like other schools in the state, it functions as any other Texas school district. That means it’s not maintained or operated by DoDEA. Of course, all mil-kid students can request to be transferred into the Lackland School District. Speak with the base School Liaison for more information.

Is Lackland AFB open to the public?

No, you can only visit Lackland AFB if you are visiting for graduation or another event.

What tech schools are at Lackland AFB?

Are civilians allowed on Lackland Air Force Base?

Yes, if you are there for a graduation or other event.

How long is basic training at Lackland Air Force Base?