Today in military history: Charles Lindbergh flies across the Atlantic - We Are The Mighty

Today in military history: Charles Lindbergh flies across the Atlantic 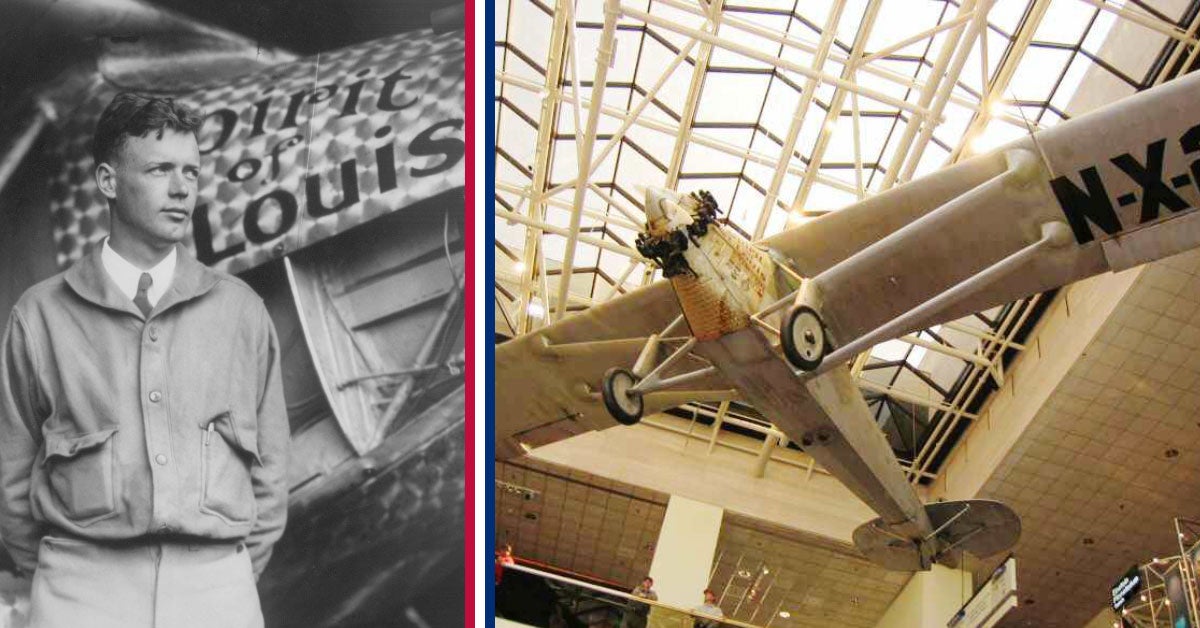 On May 20, 1927, Charles Lindbergh became a legend by making the first nonstop trans-Atlantic flight.

In 1925, New York hotel owner Raymond Orteig offered a $25,000 prize (that’s over $350,000 today!) to the pilot who could successfully fly from New York to Paris. Trans-Atlantic flights were risky with the technology of the day – six pilots had already died in attempting the flight.

Born in 1902, Lindbergh learned to fly at the age of 20, getting his start as a “barnstormer” — pilots who traveled the country performing aerobatic stunts and selling joyrides. He joined the United States Army Air Service in 1924, but the Army didn’t need active-duty pilots at the time, so he returned to civilian aviation.

Lindbergh began his historical attempt with take off from Roosevelt Field in Long Island, New York. Lindbergh chose took off knowing that the day’s weather was questionable, and that only 12 days before, World War I aces Charles Nungesser and Francois Coli went missing in their own attempt.

Lindbergh flew a customized plane, retrofitted from a Ryan M-2 aircraft powered by a Wright (yes, that Wright) Jf-C engine and a longer fuselage, longer wingspan, and extra struts to accommodate the weight of the fuel needed to cross the Atlantic.

The now-famous monoplane, The Spirit of St. Louis, successfully carried Lindbergh for over 33 hours before landing in Paris to a hero’s welcome. He became an instant celebrity and received the Distinguished Flying Cross from President Calvin Coolidge.