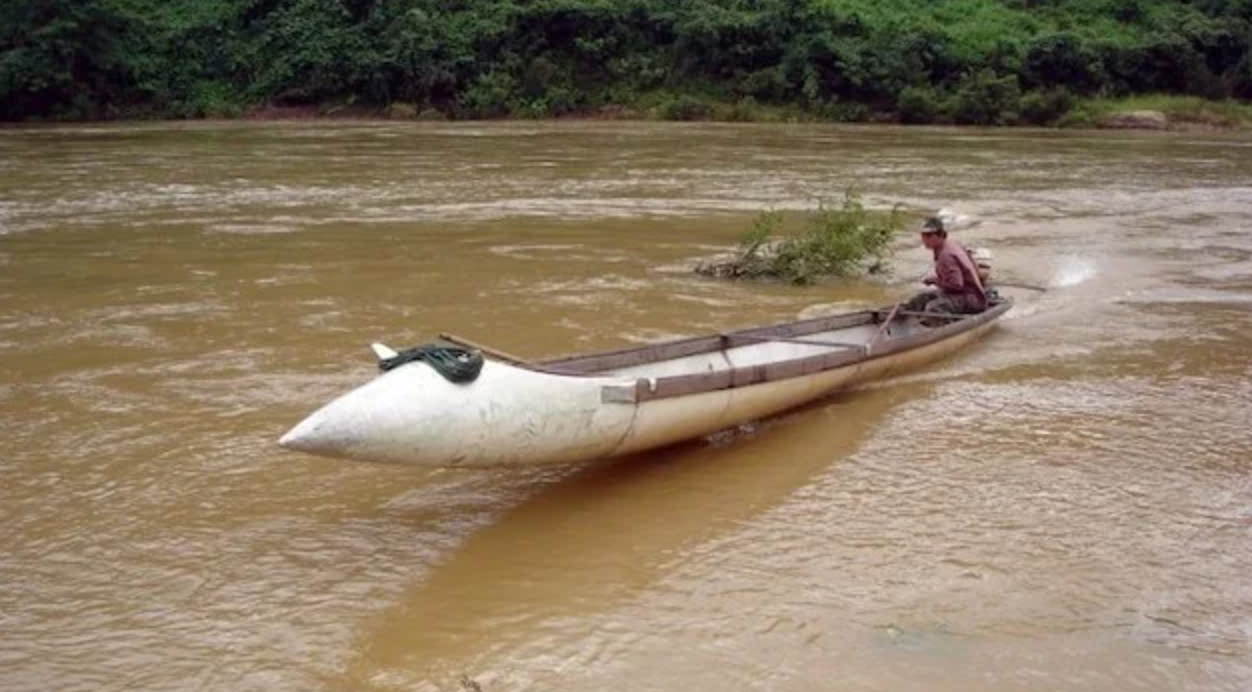 Poor farmers and fishermen the world over need all the help they can get. Sometimes, buying a boat is just too costly, no matter how critical it is to their livelihood. So when the raw materials necessary to create exactly what is needed start raining from the sky, no one would think twice about using them.

That’s exactly what the people of Vietnam began doing during the Vietnam War and the decades that followed.

On Jan. 2, 1967, Col. Robin Olds was leading a flight of F-4 Phantom II fighters in a surprise raid over North Vietnam. The raid itself wasn’t a surprise; Olds wanted the enemy to see him coming and take off to intercept. The surprise was what the North Vietnamese would find once they were airborne. “Operation Bolo” was a go.

Olds and his Phantoms were outfitted with special gear that would make the enemy air base believe they would engage slower, less dangerous F-105 Thunderchief fighter bombers. By the time the communists realized they were going up against waves of nimble, faster F-4 Phantom fighters, it would be too late.

And it was. As soon as the North Vietnamese MiG-21s cleared the cloud cover, the Air Force another flight of Phantoms, led by Col. Daniel “Chappie” James were already in the area. Olds, like many other fighter pilots of his day, jettisoned his external fuel tanks and engaged the enemy MiGs.

Air combat isn’t the only reason for pilots to jettison external tanks. Once they began to run empty, tanks were often dumped to lower the weight of the aircraft and extend the life of what fuel was remaining. Once dropped from the plane, the tanks simply fell into the countryside, landing wherever they landed.

The U.S. Air Force alone flew some 5.25 million sorties over North and South Vietnam during the American involvement there. While not all of those were fighter missions and not all of those required pilots to dump their external fuel tanks, a lot of tanks were dumped into Vietnam.

In Vietnam, however, the tanks weren’t simply taken to some waste dump or discarded out of hand. In the 1960s, Vietnam’s rural population was comprised of mostly farmers and fishermen, many of which lived in the coastal areas of the South China Sea or near the Mekong River. When the F-4s dropped fuel tanks, they were dropping materials that could be repurposed.

F-4 Phantoms carried three external fuel tanks, a large 600-gallon tank in the center under the fuselage, along with two 370-gallon tanks under its wings. This means tens of thousands of drop tanks were potentially dropped into Vietnam’s jungles and farmlands throughout the war.

While dropping empty aluminum from thousands of feet in the air would likely cause a lot of damage to them, enough survived to where Vietnam’s population was able to upcycle them for a new purpose: river canoes.

Today, visitors to Vietnam’s rural areas along the rivers can see potentially dozens of  repurposed Air Force drop tanks being used as canoes by the locals. Many are cut in half, others have been refitted to look more like canoes, carry an onboard motor, or hold fish and other supplies.